In late April, in a tense and closely watched session, President Trump’s Solicitor General, Noel Francisco, appeared before the United States Supreme Court to argue for the inclusion of a question about citizenship status on the 2020 Census form. As the justices prepare to rule in the coming weeks, a central question before the court is whether including such a question will yield lower response rates from immigrant residents, thereby leading to less political power and diminished government resources for cities and states with large immigrant populations.

Will immigrants steer clear of census gatherers out of fear that their personal information about citizenship status will be used for immigration enforcement? A likely answer to this question comes from an unlikely source: high school principals.

In a nationally representative survey of 505 high school principals conducted last summer by UCLA’s Institute for Democracy, Education, and Access, principals indicated that the Trump administration’s political rhetoric and policy action have created a climate of fear amongst many immigrant families.

More than half of the principals surveyed report that this climate of fear has made it more difficult for immigrant parents to support their children at home or participate in school activities. An Arizona principal attributes parents’ reluctance to attend school events to the dangers they face in taking unnecessary trips outside their homes. “Something like a taillight out could result in somebody being picked up.” When parents attended events like a college access program sponsored by the local university, they sat “in the very back of the room just because they were afraid that somebody might notice them.” Across the country in Connecticut, a Spanish-speaking principal notes that parents have grown wary of conversing with him in their native language. He finds that in public, “parents are afraid to show that they are Spanish speakers.”

Fifty-Five percent of principals in our survey also reported that immigrant parents and guardians have been reluctant to share information with the school (for example information for free and reduced lunch applications). At a California high school serving a large immigrant community, the principal told us that in the wake of what was “perceived to be a more aggressive stance from immigration agencies, you could really feel a kind of a drawing back of our Latino community.” The engagement of parents and their willingness to share information that could possibly benefit students, things as simple as information for financial aid for college, also declined. In Connecticut, a principal noticed that parents are “reluctant to give any kind of information out.” A Washington principal said that parents at his school have been “hesitant to take advantage of social services or school services for fear of putting their name down on a form.”

The climate of fear has cut off essential services for special education students at a school in northern California. Many parents of special education students did not participate in the school’s online registration, because they did not want government officials to have their email and home address. Even when the principal tries to reassure parents that federal laws like the Family Education Rights and Privacy Act (FERPA) protect them, the trust these parents have in the school is outweighed by their fears of the federal government. A principal in Nevada described how immigrant parents would enthusiastically show up for a college access event, but then leave reluctantly upon learning that they would need to complete forms bearing personal information. In California, a principal shared the dilemma that many immigrant parents find themselves in when school officials ask them to share information. Parents, he told us, ask themselves: “What do I put down? … Who does this information go to? If I fill out something that indicates that I am not a resident or a citizen, am I opening myself up to the government threatening me or threatening my status in any way?”

As one principal told us, “this is serious fear.” Immigrant parents feel caught between their intense desire to help their children access quality education and a better future, and their fear of enforcement efforts that would rip their families apart. If parents, who have every incentive to collaborate with school officials, have grown wary amidst harsh political rhetoric castigating immigrants as criminals, certainly they will be even more reluctant to share information with census gatherers who come to their homes with questions about citizenship status. 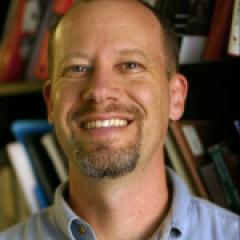 John Rogers is a professor in UCLA’s Graduate School of Education and Information Studies and the Director of UCLA’s Institute for Democracy, Education, and Acces...
Author Profile
Quick Search
Sign up for NEPC Emails