"Maybe you should consider testing him. You know. For ADD."

That was my son's kindergarten teacher. His mother and I were in for yet another conference because he was "a problem." The nature of the problem? Well, because of my schedule, he arrived 15-20 minutes before school officially started. His teacher's expectation was that he would sit at his desk, still and quiet, while she finished getting ready for the day. The rest of his problems were similar, violations of her desire for order in her classroom. He was an active and social five year old boy, a July birthday and so youngest in his class.

It was not a good year, and one of the top regrets of my life was that I did not make more of a fuss on his behalf. I should have demanded a switch to a different teacher, or gone over the head of the one we had, made a fuss, been That Parent. But I didn't want too be That Parent, didn't want to violate professional respect (particularly since this was the same district in which I taught). I only had about a decade in the field. I should have fought harder for my son.

But I did know enough-- and so did my wife at the time-- to know that he was not ADD, that he did not even need to be tested for ADD.

It was a bad year, and at the end of it, my son had learned to things-- that he was a bad student, and that he didn't like school. The better ending to that story was that my district in the following year instituted a Junior First grade, and with a supportive and nurturing teacher, he thrived.

That was twenty-five-ish years ago, and I have often thought back on it, and not just because of my own regrets. What would happen, I wondered, with parents who were younger, in their early twenties instead of mid-thirties? What would happen if someone with a little less education or education profession background heard a teacher say their child should be checked for ADD? And more recently, I wonder what happens in post-Core classrooms where the expectation is now that five year olds- even very young five year olds- will sit quietly at a desk and do academic work.

The short answer to all those questions is "about what you would think" or "nothing good."

Nowadays, of course, it's ADHD, and it is being diagnosed at an ever-increasing rate, with 5% of the children in the US on some kind of ADHD medication. And it's not like an ADHD diagnosis is backed up by a lot of hard science. As noted in the New York Times

Unlike other childhood diseases — such as asthma, obesity and diabetes — the diagnosis of A.D.H.D. is inherently subjective and depends on the assessment of parents, school personnel and health care providers. For a child who is easily distracted, an assessment of normal, inattentive behavior by one could be a formal diagnosis of A.D.H.D. by another.

And now here comes a study from Harvard Medical School, noting that a child born in August is more likely to be diagnosed with ADHD. Is August a wonky month? Is Leo actually the astrological sign of the ADHD lion? No, the most likely explanation is that August-born students are the youngest in their class, and that a child who has just turned five is very different from a child who is almost six, and that increased pressure to perform academic tasks in "the new first grade" highlights those differences. 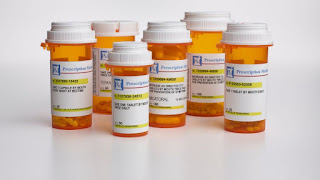 This overdiagnosis, official or unofficial, is not a new phenomenon. Every time in education we decide that we've Got It, that a program or system that we've developed is pretty much perfect and correct, we create a problem. The perfect system will fail some students, but because we are invested in its perfectness, we conclude that the student must be defective. Public schools have done this for decades, all the way back to the old old days when left-handed children were subjected to all sorts of abuse to "fix" the defect of their left-handedness. Charter schools have institutionalized the problem by declaring that their system (no excuses, whatever) doesn't ever need to be changed and that students who don't have what it takes to thrive in that system should just go walk with their feet.

The folks who are not fans of public education will get plenty of mileage out of the Harvard study. I hope that school districts and charter schools read the study and rethink their choices for littles. And I hope that the next parent who hears a suggestion to drug up their five year old so that she can better cope with the demands of kindergarten-- I hope those parents push back way harder than we had the balls to.

Yes, ADHD is real, and somewhere in those many children diagnosed with it are children with a real problem. But mostly the truth is this: if a child needs to take strong drugs to deal with going to school, that school is messed up.