Investing In Children = Supporting Their Families

Although some parents are better positioned than others to meet their families’ child care needs, very few parents are immune to the challenges of balancing work and family. Adding further stress to families is the fact that single-parent households are at a record high in the U.S., with more than 40 percent of births happening outside of marriage. Paid parental leave and quality early childhood education (ECE) are two important policies that can assist parents in this regard. In the United States, however, both are less comprehensive and less equally distributed than in most other developed nations.

As a recent (and excellent) Forbes piece points out, we have two alternatives: hope that difficult family circumstances reverse themselves, or support policies such as paid parental leave and universal early childhood education and care — policies which would make it much easier for all parents to raise children, be it as a couple or on their own. So, what’s it going to be?

In 2010, a global survey on paid leave and other workplace benefits directed by Dr. Jody Heymann (McGill University) and Dr. Alison Earle (Northeastern University) found that the U.S. is one of four* countries in the world without a national law guaranteeing paid leave for parents.** The other three nations are Liberia, Papua New Guinea, and Swaziland. Some might see this as evidence of American “exceptionalism,” but what a 2011 Human Rights Watch report finds exceptional is the degree to which the nation is “Failing Its Families.” In fact, according to a survey of registered voters cited in the report, 76 percent of Americans said they would endorse laws that provide paid leave for family care and childbirth. Yet, it is still the case in the U.S. that parental leave, when available at all, is usually brief and unpaid.

Similarly, early childhood education programs are almost universal in Canada and Europe. By contrast, ECE in the U.S. is generally regarded as the private responsibility of parents. Although there are some state and federal programs that help poor and working families defray childcare costs, this patchwork system leaves many families struggling to find and pay for ECE that is safe and of high quality.

In fact, New York University’s “At Rope’s End” report estimates that paying for childcare can account for over three-quarters of some single parents’ monthly expenditures, with prices as high as $20,200 per year to place an infant in a childcare center. Another study by the National Women’s Law Center shows that, in 2010, 37 states pulled backon assistance. So, as more and more parents struggle to raise children on their own, government assistance is getting harder and harder to obtain.

Along the same lines, the U.S. has the lowest enrollment by five-year-olds in formal, government-provided programs and among the lowest for four-year-olds. As the figure below shows, about half of three-year olds and a fourth of four-year-olds have no access to preschool, and about a third of those who do are enrolled in private programs.

In most European countries, by contrast, the distinction between parental leave and ECE is not always clear-cut; the two policies are often seen as part of a continuum of supports that cover a substantial portion of the early childhood period.

But what evidence do we have that these policies will mean long-term social and economic gains?

Some studies show that expansions of leave in Europe have led to long-term gains in educational and labor market outcomes. In the U.S. context, a recent study by researchers from UCLA/CUNY and the Center for Economic and Policy Research found evidence that the California Paid Family Leave Insurance Program “had a positive or neutral effects on productivity, profitability, turnover and employee morale” – here.

Or, as Federal Reserve Chairman Ben Bernanke recently observed, “Specialists in economic development have identified educational attainment as a key source of economic growth and rising incomes in many countries around the world.”

Studies examining the long-term benefits of high-quality early childhood education are quite compelling. Expansions of early childhood programs, to cover more or younger children, have been found to yield benefits at school entry, in adolescence, and into adulthood, across a wide variety of studies – see here, here, here and here. Generally, the gains tend to be largest for children from low socioeconomic and immigrant backgrounds.

As Dana Goldstein recently wrote: “The typical middle-class 5-year old can identify all 26 letters of the alphabet on her first day of school; a 5-year old living in poverty may know only two letters. By first grade, middle-class children have double the vocabulary of their low-income peers.”

Thus, if we want to “[…] equalize educational opportunity, we cannot ignore the disparities that develop before a child ever enters the public education system.”

In sum, the U.S. social welfare system is designed around the idea that government assistance is a last resort. As a result, the U.S. is the only advanced country in the world without paid family leave and universal access to preschool—programs that benefit the individual, yes, but have also been shown to benefit society and the economy as a whole.

Although the research on the long-term consequences of these policies is large and growing rapidly, it’s not always easy to quantify the variety and magnitude of effects. We live in the age of quantification, where data and evidence are supposed to chart the course. But, on important issues like these, what is the role of public opinion? When society overwhelmingly declares something to be of value, such as universal preschool, do we wait to see what the research says? Or do we find ways to accomplish what most Americans agree is the right thing for their families and their nation?

** The Family and Medical Leave Act (FMLA) provides 12 weeks of unpaid leave from employment for major life events, but coverage is far from universal, and many cannot afford to take time-off from work without pay. 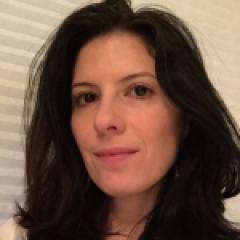