Larry Cuban on School Reform and Classroom Practice: Is It Worth Being a Teacher? (Dave Reid) (by Dave Reid)

Dave Reid is a high school mathematics teacher in his third year of teaching.   He received his MA in Education and credential in secondary mathematics and physics from Stanford University in 2011.  Dave spent a quarter of a century in high-tech primarily in the wireless and Global Positioning System (GPS) industries.  He earned a BS degree in electrical engineering from George Mason University, and an MBA in finance and marketing from Santa Clara University.  He also attended the U.S. Military Academy at West Point. Heblogs as Mr. Math Teacher and tweets as @mathequality.

Five years ago, I decided not to continue with my career in high-tech.  After twenty-five years rising, and falling, and rising again, through the ranks in my field, I decided to follow a growing calling to teach.

Little did I realize, or appreciate in others, that teaching entails great sacrifice.  This from a man whose wife started teaching nearly a decade before him.

While the sacrifices I detail below are true, and challenging, I still feel that the call to teach outweighs their weight.  The true test will be do I feel the same next week, month, or year, as this job is the most demanding I have ever held, even though I have worked for some demanding high-tech companies, such as Motorola and Qualcomm, and a start-up where I slept on my office floor many nights and weekends.

A Sacrifice in Income

As the following graphic illustrates, my compensation dropped precipitously when I elected to follow my calling to teach, and remains much lower than I earned in high-tech; I knew this going in, so it was not a surprise.  Nonetheless, without adjusting for inflation, my present salary equates to what I made in the early 1990 as an engineer.  Adjusting for inflation, I make about what someone with a high school diploma would make thirty plus years after high school; assuming they rose in their field to managerial positions that did not need a college degree.  While I might be a newer teacher, hence, not as expert as those who have taught for longer periods, the life experience and deep content knowledge I bring to the classroom is not adequately reflected in the salary schedule used in most districts, where years of service and continuing education credits determine your income.  This situation alone inhibits many in industry from entering the teaching profession.

A Sacrifice of “Free” Time

In terms of hours worked, many believe, as I did before I made my career change, that teachers work many less hours than non-teachers.  They even have their summers off!   The latter may be true for some, perhaps many.  For others, the desire to deliver the most effective lessons, activities, resources, and etcetera to our students leads us to work many hours per day over the summer gratis, especially for newer teachers like myself.

Furthermore, the recent adoption of the Common Core State Standards (CCSS) imposes great hardship on teachers given the dearth of curricular resources, textbooks, etc.  While the following cartoon is in jest, it does hold a pinch of truth, as does much of the work of excellent political satirists, such as this cartoon by Tom Meyers.

The challenges faced by many students during the summer is not meant to be diminished, however.

Also, administrators may change the master schedule for teaching assignments from year to year trying to improve student outcomes, which necessitates developing an entirely new curriculum before the new school year begins; not an easy task.  Additionally, there are professional development conferences to attend, or summer school to teach.  While the latter is paid time, it does not move the total compensation meter that much.

A Sacrifice of Family Time

Prior to becoming a teacher, I thought I would have more time in the afternoons to spend with my school age boys.  Boy, was I wrong.  While working in high-tech, I could easily juggle my schedule to attend a sporting event, teacher’s conference, daytime school play, or other activity, such as coaching little league.  As a teacher, while my duty to deliver instruction might end at 3:00 PM, a host of other responsibilities to include creating lecture presentations, activities, or assessments; grading past assignments and/or assessments; discussing errant student misbehavior with students serving detention; meeting with administrators; collaborating with other teachers, often heavily influenced by administration; meeting with, calling, or responding to emails from parents; and reflecting upon past performance for improvement occupy my time well into the late evening, and sometimes beyond.

Sadly, even with this extra effort, since the typical secondary teacher has 150+ students under their purview, an extra two and a half hours per day correcting assessments translates into a mere 1 minute per student.  You cannot offer much written feedback on a student’s work in a sub-minute period, all the while checking their work for accuracy, thought, etcetera.

A Sacrifice of Staying in Physical Shape

Six months before my transition into teaching commenced, I earned a first degree black belt in Tae Kwan Do.  It took nearly four years to earn the degree.  Over that time, I flew to San Diego 50-75 times per year as well as nationally and internationally two to three times per month, while working for Qualcomm in their SnapTrack subsidiary, as well as their QIS division on QPoint, BREW, and QChat and their QCT division on gpsOne.  Most weeks my return flight from San Diego landed at 6:30 PM whereupon I hustled home then to the martial arts studio for a 7:30 PM class.  Some weeks, this happened twice or three times, as it was nearly the same price to stay in San Diego or fly back and forth each day.  Even with this very hectic schedule, I maintained my physical shape while working towards my black belt.  I could easily set aside my work tasks while I dedicated time to myself.

Since transitioning to teaching, I have allowed myself to spend nearly every hour outside of my classroom planning, developing, assessing, and reflecting upon the subjects I teach (algebra intervention, algebra 1, AP Calculus AB).  No matter how much time I spend, there is more to do, and at a higher level of quality.  It is very much like a black hole that pulls you into its inescapable center.

As such, I’ve regained all the weight I lost earning my black belt, and then some.  I feel drained every afternoon, and more and more often when I wake up in the morning before the school day begins.  I am unable to continue at this pace, yet, I have not made the adjustments necessary to do so.  There is always the next day’s activity to develop, or yesterday’s assessment to grade.  All of this saps me of my energy, as well as the desire to work out.  This must change.

A Sacrifice of Personal Time

Near the same time I earned my black belt, I joined a men’s team in the area committed to helping men improve themselves in whatever areas they deemed necessary, such as being in relationship with other men, improving one’s relationship with a spouse or significant other, or finding the power within.

For five years, I’ve been a member of a men’s organization, initially attending all of our monthly organization-wide meetings, weekly team meetings, and our fall events.  Over time, my attendance at each of these started to wane, so much so, that I am now a ghost of my former self in the organization.

Why? Since becoming a teacher, through a combination of conflicts due to grading and planning as well as the cumulative effect of my energy levels diminishing over time, my ability to attend these meetings has lessened significantly.  The emotional energy required to keep a classroom of adolescents focused, especially freshman who range from thirteen to fifteen, is enormous; it is even difficult to engage juniors and seniors in open discussions about mathematical concepts, for they are often overly committed to a series of AP courses, extracurricular activities, and work, leaving them exhausted and often dozing off in class.

On the freshman side, for those of you who have ever held a birthday party for your six to twelve-year-old child, where more than ten children are present, you have a small taste of the dynamic in many classrooms, especially one at a Title I school.  Simply keeping everyone in their seats and quiet presents a challenge, much less enticing them to engage in the learning objective(s) du jour.  Each day, with multiple, similar periods requiring your concerted effort to manage classroom behavior, while helping students engage sufficiently with the content to have any chance of developing skill with it, much less any understanding, requires a tremendous supply of physical, intellectual, and emotional energy.  You leave work drained nearly every day.

I challenge anyone who has not recently taught in a Title I school to do so for just one day to see how they view teaching; I especially invite those who spout about how poorly teachers do their job educating our nation’s children.  I would love to see footage of them demonstrating the supposedly obvious methods by which miracles occur.

Still Worth It, For Now

To answer this post’s title, yes, it is worth being a teacher, if your passion to teach has not been extinguished by the demands of teaching, which are extensive.  On many days, my emotional account is overdrawn.  Students flow through our public school systems like a river through a gorge, generating intense forces that move most objects in its path.  Rerouting the river, as we are asked to do with exhortations to close the opportunity gap or the achievement gap is easier said than done.  Most efforts over the decades where this has been the focus have failed to yield any significant results.  Why?  I do not believe it is for the lack of effort on the part of teachers or administrators.  I believe it is because it might be a bridge too far given the initial conditions as well as the constraints of the existing system.

In fact, the longer I teach, the more convinced I become that a teacher’s ability to change student outcomes in any uniform, meaningful, and consistent manner irrespective of students’ socioeconomic status (SES), environmental conditions, and self-agency is minimal at best.  Nonetheless, teachers are a powerful force in students’ lives with the ability to inspire greatness in our children.  The irony is the overemphasis on an equality of outcomes for all may weaken the net outcome for our nation as a whole, for teachers are increasingly demotivated by the incessant demands to do something, anything, to improve outcomes for low SES populations of students so that they attain similar outcomes as high SES populations.  Without addressing the SES aspect in the differences in the populations, the leverage a teacher wields will likely remain woefully inadequate, much like a hastily built earthen levee intended to hold back an overflowing river. 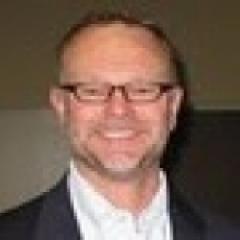 Following a career in the high-tech industry, Dave Reid is currently a high school math teacher. He received his MA in Education and credential in secondary mathe...
Author Profile
Quick Search
Sign up for NEPC Emails