Thomas M. Philip is at the Graduate School of Education and Information Studies, University of California, Los Angeles and Antero D. Garcia is in Department of English, Colorado State University

A portion of the article appears here. For the entire piece, see: Harvard Educational Review Vol. 83 No. 2 Summer 2013 or read  here: PhilipGarcia_HER   Full citations listed in this article can be found in PDF

The anticipation had been brewing. Students knew they were about to receive brand-new Android smartphones. And for school! The moment they had them in their hands, their thumbs moved rapidly as they raced to figure out the phones’ features. The teacher perfunctorily went through the PowerPoint on how to use the phones, the students correcting him on the instructions they found largely irrelevant. The scene of students enthusiastically engaged with mobile phones and clumsily guided by a “relic” of the predigital age perfectly fit Prensky’s (2006) popular narrative of “digital natives” and Rosen, Carrier, and Cheever’s (2010) trendy image of technologically sophisticated and multitasking iGen teens. However, these romantic portraits of youth “fully engaged by 21st century digital lives” (Prensky, 2006, p. 9) began to blur as soon as the bytes hit the airwaves.

In our work as former urban high school teachers and current teacher educators,and as educational researchers who are collaborating on a project that uses mobile phones to teach about computational thinking and data science in urban high schools, we have seen this image repeat itself time and again. The idea is always a simple one: technological devices, particularly smartphones, offer individualized learning opportunities. More importantly, kids think that the devices are cool.

However, transferring the capabilities and coolness of youth-endorsed devices into classroom learning is not as simple as handing them out and turning them on. In fact, what we see is quite the contrary. In one particularly striking pattern from our current study, many kids tucked their school-issued phones away in lockers and tuned out as they became frustrated with the limitations of the devices, such as restrictions on texting, calling, and Web access, and their perceived liability if the phones were lost or stolen. Most students showed little to no interest in completing their homework, even though it was assigned on their shiny new devices. They explained that it was a hassle to carry around theirphone and the other phone. Students also conjectured that they might be more inclined to use the school phone if “it had more privileges.” The phones came and went. The challenges of improving learning in these urban schools remained the same.

The persistent allure of technology as an easy remedy for educational issues of equity and achievement is intricately tied to naive assumptions about student interest and the possibility and desirability of “teacher-proof” (Scherer, 2012) classrooms. Like the fancy devices that came before them, the smartphone as a quick fix to educational issues is not only a problematic understanding of this device but a dangerous one. The narrative of inherent student interest in technology, augmented by the unsubstantiated paranoia over the last three decades about the dramatic deterioration of public schools (Rothstein, 1993), has resulted in counterproductive measures that attempt to routinize and control the work of teachers. Technology has been central in this campaign.

Technology has been proffered as a tool that can ensure that teachers teach students the right way. Such innovations are rooted in underlying assumptions that reduce teaching to discrete sets of knowledge and tasks that can presumably be better delivered and assessed by technology. For instance, Accelerated Reader scrutinizes whether students have read books (and teachers have gotten them to do so) by asking basic comprehension questions about the texts, while Khan Academy follows in a long line of technological innovations that have attempted to capture and mass distribute good teaching (Cuban, 1986). While Khan Academy and similar manifestations work to teacher-proof teaching, the variants of Accelerated Reader attempt to control and routinize the work of teachers.

Within the past decade, the ubiquity of e-mail, YouTube, social networks, tablets, and smartphones has changed the ways in which Americans interact, share information, and consume and produce media. These are cultural shifts that are as subtle as Twitter hashtags appearing at the bottom of primetime television shows or in-the-moment, turn-by-turn driving directions. Innovation in schools, however, has focused more on the capabilities of singular devices rather than holistic engagement with cultural shifts inside and outside of classrooms….

In our work as educational researchers, asking for clarity on how the use of technology will improve learning in a particular context is mostly met with the seemingly obvious fact that it will make learning relevant and will engage and motivate youth. The fascination with technology and its ostensibly inherent qualities of relevance, motivation, and engagement for youth almost always preclude any possibility of digging deeper.

In this article we argue for a more cautious and deliberate approach to educational technologies that attends to the work of teachers. By highlighting the particular ways in which new technologies are pushed into urban schools, we attempt to move beyond the mania of clicking, tapping, and texting as quickfix solutions to America’s legacy of “educational debt” (Ladson-Billings, 2006).

While we agree with the thrust of the argument made by Prensky (2006) and Rosen and colleagues (2010), that schools must be more responsive to the possibilities afforded by new technologies and that the very structures of schools and classrooms must transform to truly leverage these capabilities, we are critical of the tendency to assume that technology will fantastically solve the intricate problems of schooling. 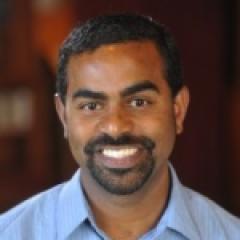 Thomas M. Philip is a Professor and Faculty Director of Teacher Education at the University of California, Berkeley. Philip’s research focuses on how teachers mak...
Author Profile 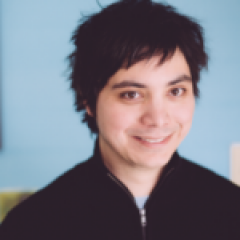