Legacies of the Civil Rights Era: Accountability and Attention to Poverty (Guest Post by John Spencer)

John P. Spencer is a former high school social studies teacher and an associate professor in the Education department at Ursinus College in Pennsylvania. He is the author of In the Crossfire: Marcus Foster and the Troubled History of American School Reform.

The past decade has brought a steady stream of commentary on how education is the “civil rights issue of our time,” most recently from Republican presidential candidate Mitt Romney. But education has been a civil rights issue for decades—and not just in Brown v. Board of Education or Little Rock, but in urban communities with low-performing schools.

Revisiting the 1960s shows us that the civil rightsera left a dual legacy in school reform, half of which echoes loudly today and half of which is too often ignored. The part that still echoes is an ethos of accountability: sixties-era activists and educators helped to pioneer the idea that urban schools should be held accountable for student achievement. The part that is being ignored is a recognition that achievement is also powerfully shaped by what goes on outsideof schools—especially the effects of poverty. Unfortunately, neglect of the latter lesson is seriously undermining the potentially useful impact of the former one.

The movement for “community control” of urban schools in the late 1960s is a striking example of how the activism of the civil rights era prefigured the current accountability agenda, in spirit if not in terms of specific policies and approaches. The battle lines of community control will sound familiar to anyone following recent controversies over charter schools, “parent trigger” laws, and the like: on one side, black parents and community activists fed up with low-performing schools and eager to take charge of them; on the other, teachers unions and school bureaucracies. In the most famous case, in Ocean Hill-Brownsville, Brooklyn, the activists managed to fire unionized teachers, sparking a bitter and prolonged strike. (The teachers were reinstated.)

The community control movement shifted the spotlight from problems in communities to problems with schools. Since the early 1960s, explanations for low achievement in urban schools had focused on the idea that black students, many of whom had migrated from the rural South, were “culturally deprived” and caught in a self-defeating “culture of poverty.” It was a liberal idea at the time—a way of saying urban students were struggling not because they were black (as racists had insisted) but because they were poor. In the late 1960s, though, civil rights activists vehemently rejected the cultural deprivation argument as a form of racism. They believed the problem was low expectations in schools. Dwelling on the impoverished background of the students was, as one critic said in a newly coined phrase, “blaming the victim.”

We hear a similar argument today: to emphasize the effects of poverty is to make excuses. Reformers may make this argument in various ways and for various reasons (with some standing to benefit from emphasizing the deficiencies of schools that in turn become candidates for privatization); but with the language of “no excuses,” they all tap into the unrealized expectations of the civil rights era. Unfortunately, the advocates of holding schools accountable tend to neglect or dismiss an equally important legacy of the 1960s, to the detriment of their professed goal of eliminating achievement gaps: the Coleman Report (1966) and nearly five decades of subsequent research showing that socioeconomic status, cultural capital and other non-school factors have even more impact on academic achievement than do teachers and schools.

How to focus on those external factors while maintaining high expectations of schools? One example from the 1960s was the leadership of African American educator Marcus Foster. Foster earned acclaim as a principal in Philadelphia and superintendent in Oakland, before being assassinated by the Symbionese Liberation Army in 1973 in a bizarre protest against an allegedly racist school system.

Foster exemplified the accountability ethos of the civil rights era: “Inner city folks . . . want people in there who get the job done, who get youngsters learning no matter what it takes,” he once wrote. “They won’t be interested in beautiful theories that ex­plain why the task is impossible.” But Foster did not win awards for improving achievement in struggling schools by pitting communities against educators; he got communities and schools to work together—and to insist upon accountability from taxpayers and political and economic institutions, too. On one occasion, for example, he closed the Oakland schools and transported thirty busloads of Oaklanders to the state capitol to seek more support for needy urban students—resulting not only in more money but in “three-thousand folks of all persuasions saying, ‘We stand together for schools.’”

Foster’s accomplishments in the 1960s, including his call for broader societal support, are echoed today—though not often enough—in such efforts as the Broader, Bolder Approach to Education, which calls for school reform to be combined with policies aimed at improving the health, the early childhood learning, and the out-of-school experiences of underachieving children. Not using poverty as an excuse to blame the victim is an important lesson from the 1960s. But it’s only half the story for those who truly hope to make equal education a civil right. 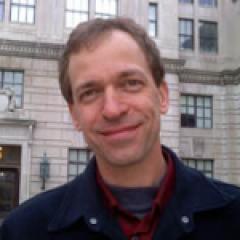 John P. Spencer is a former high school social studies teacher and an associate professor in the Education department at Ursinus College in Pennsylvania. He is th...
Author Profile