For the Love of Learning: Lessons of Chile’s Voucher Reform Movement (by Martin Carnoy)

This was written by Martin Carnoy who is a professor of education and economics at Stanford University. He is the author of two books: Faded Dreams: The Economics and Politics of Race in America and Fathers of a Certain Age. This article is adapted from an essay that originally appeared in Education Week. This post was originally found here.

Voucher plans have been in place for many years in other countries. Contrary to the claims of pro-voucher advocates in the United States, the experience internationally suggests that voucher plans promise a lot but may actually be worse for children from low-income families, for whom the gains are supposed to be the greatest.

"The primary negative effect of school choice is its natural tendency to increase the educational gap between the privileged and the underprivileged," John Ambler, referring to voucher plans in Britain, France, and the Netherlands, wrote in the "Journal of Policy Analysis and Management" (1994).

The most interesting comparison is from Chile, which has a long-standing voucher plan where pupils have been assessed regularly. The Chilean plan began in 1980 under the Pinochet military government as part of an overall "de-governmentalization" free-market package. It meets almost all the conditions of those in the United States who advocate "choice with equity," including fully subsidized, deregulated private schools competing head-on for pupils with deregulated municipality-run public schools in all metropolitan neighborhoods, from middle-class suburbs to low-income barrios.

One key feature of the Chilean plan was privatizing teacher contracts and eliminating the teachers' union as a bargaining unit. Teachers were transferred from the public employee system to the private sector. By 1983, even public schools, meaning those schools run by municipalities, could hire and fire teachers without regard to tenure or a union contract, just like any un-unionized private company. Another feature was to release all schools from the previously strictly-defined structure of the national curriculum and from national standards.

What were the results of this reform? The first was that even when parents' contributions are included, total spending on education fell quite sharply after increasing in the early 1980s when the central government was paying thousands of teachers severance pay as part of privatizing their contracts. In 1985, the federal contribution was 80% of total educational spending, and total spending was 5.3% of Gross National Product (GNP). Five years later, the federal portion was 68% of the total, and the total had fallen to 3.7% of GNP. Private spending rose, but not quickly enough to offset the drop in real federal contributions. Most of the decrease in federal subsidies to education came at the secondary and university levels, where per student public spending dropped drastically.

The second result was that in Chile, as in Europe, those who took advantage of the subsidized private schools were predominantly middle- and higher-income families.

Who Goes to Private Schools?

The third result was that the increase in pupil achievement predicted by voucher proponents appears to have never occurred. Scores in Spanish and mathematics from two nationally standardized cognitive achievement tests implemented in 1982 and 1988 for fourth graders registered a national decline of 14% and 6%, respectively. According to World Bank economist Juan Prawda, the test scores fell most for low-income students in public schools, but they also fell for low-income students in subsidized private schools. Middle-income students had small increases in test scores whether they were in public or subsidized private schools. Subsequent tests in 1990 showed increases of 9% in Spanish and 11% in math, but this still left scores about the same as in 1982. Middle-income students averaged higher scores on these tests in private schools than in public, but lowest-income students tended to do better in public schools. University of Georgia political scientist Taryn Rounds' estimates of pupil achievement as a function of type of school, location, parents education, and students' socio-economic class using the 1990 test results confirm that lower-social-class students did better in public schools on both the Spanish and math tests, and middle-class students did better in subsidized private schools.

Because low-income parents were less able to add private contributions to the voucher amounts, private schools in Chile were apparently not that interested in doing any better than public schools with lower-income pupils. If the declining scores in Chile's municipal public schools mean anything, it is that increased competition had a negative effect on student achievement, and that the Chilean voucher plan contributed to greater inequality in pupil achievement without improving the overall quality of education.

Some analysts in Chile claim that subsidized private schools cost less because they have somewhat higher pupil-teacher ratios and pay their teachers lower salaries. But there is no evidence that this means that private schools are becoming more "efficient" while public schools lag behind. Indeed, if private schools are consistently "creaming off" easier-to-teach students, municipal schools may have to maintain smaller classes with more highly paid teachers just to stay even academically.

The fourth result was the need to recentralize influence over the educational system once a democratic government was elected in 1990. Under the Pinochet reform, government made no effort to improve the curriculum, the quality of teaching, or the management of education, since this was supposed to happen spontaneously through increased competition among schools vying for students. It did not. Neither did municipalities or most private schools come up with incentives for improving pupil performance. Low-income municipalities were at a special disadvantage because they, even more than other municipalities, lacked the fiscal capacity and resources for school improvement. And as soon as unions were legal again, teachers reorganized themselves, fought for higher salaries, and for the right to representation. Not surprisingly, they focused their demands on the central government, which oversees minimum salaries for both public and private schools.

Lessons for the United States

The lessons for us here in the United States are obvious, but they are not the one that privatization advocates want known. Voucher plans increase inequality without making schools better. Even more significantly, privatization reduces the public effort to improve schooling since it relies on the free market to increase achievement. But the increase never occurs. Private schools may end up producing higher achievement than public schools, but they generally do this by keeping out hard-to-manage pupils, who get concentrated in "last-resort" public schools.

There is another lesson to learn from the Chilean case. At the end of the voucher road, the case for public schools becomes more, not less, difficult. The new democratically elected government, which by U.S. standards would be considered center/left, continues to blame public school bureaucracy and lack of market incentives for the low level of achievement in municipal schools. Once a voucher plan is implemented, many middle-class parents find that they like their children being separated from low-income students. Furthermore, teachers in public schools find that given the worsening conditions and lack of support, it is even more difficult to be innovative. This last lesson should spur public school advocates to support rapid and radical reforms of schools in inner cities now, and to emulate, sooner rather than later, those reforms that seem to be working for at-risk students.

Chile had a military dictatorship in the 1970s and 1980s that could impose vouchers from above and suppress opposition by force. In a democracy, it takes highly dissatisfied constituencies to produce reforms, even if they are not the ones who ultimately benefit from them. Conservatives have figured out that the most dissatisfied educational constituencies are the poor, and will use them to dismantle public education.

Ironically, the privatization movement in the United States is gaining ground just when pupils from all groups, especially those most at risk, are making significant achievement gains and just when public school reform movements are reaching into inner cities to produce real change. To cite one example: between 1975 and 1989, the difference in average reading proficiency scores between African-American and white 17-year-olds went from 50 points to 21 points, or a gain of about half a standard deviation.

The best antidote to vouchers is to spread public school reform - fast. 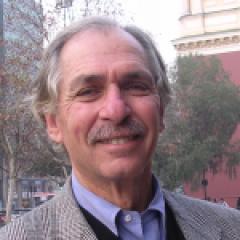 Martin Carnoy is a professor of education and economics at Stanford University where he chairs the International and Comparative Education program in the School o...
Author Profile