EduSanity: Local Media Takes on the Opt Out Issue, Sort Of

The time is now. This is it. This is the spring semester of testing using the new PARCC exams in Arkansas (and ten other lucky states) and our local media has caught on to the idea that some parents aren’t exactly celebrating this new educational experiment being used on their children.

I opened the January 5th Arkansas Democrat-Gazette with a fair amount of trepidation, assuming I’d find another gooey love story about charter schools or some other misrepresentation of the education profession. Instead, I found an article about parents who want to opt their children out of the forthcoming standardized assessments. While local in scope, the article relates to the growing national movement of people from all walks of life (think way-liberal to way-conservative to moderate to radical) who are opting their children out of standardized assessments in our country. If you’d like to follow their stories, go here, here, here, here, and here for starters.

Just as I was finishing the first article, the local television news station (KNWA) came on with yet another story, and I decided that since the authority on these issues– United Opt Out (www.unitedoptout.org)–wasn’t represented, I’d take on this issue again. Further, as a reader/viewer of the two pieces of local journalism, I was confused and conflicted. Could parents opt-out their children or not? What is the Arkansas Department of Education position on the issue? Are there repercussions for students or parents participating in opt-out?

The article, “Schools May See Boycott of Tests Aligned with Common Core,” by John Lyon revolves around an issue with the Cabot School District in which the superintendent and director of professional development and testing made public comments about consequences for students whose parents chose to opt them out of assessments, noting that students could be “retained” (superintendent) and “the law says you cannot receive graduation credit, or graduate, if you have not taken the test” (testing person).

My colleague in EduSanity wrote a terrific piece last year about opting his then fourth grade son out of the final No Child Left Behind exams. Fortunately, the young Endacott is attending the Fayetteville Public Schools versus Cabot and won’t have to forgo graduation in seven years and, in fact, wasn’t retained as a fourth grader.

So, this makes me wonder, what are the consequences for students whose parents opt them out of the assessments? Somewhere, perhaps sitting in a padded leather chair while sipping single malt scotch, there sits an attorney who would love to take a $pecial interest in these issues. According to the Arkansans Against Common Core (and other sources), parental rights are protected under the Washington v. Glucksburg Supreme Court Decision (1997) that confirms, “In a long line of cases, we have held that, in addition to the specific freedoms protected by the Bill of Rights, the ‘liberty’ specially protected by the Due Process Clause includes the rights…to direct the education and upbringing of one’s children.” The Washington Post recently featured an article that supports this position.

In their “Arkansas PARCC Test Refusal Get Tough Guide,” the AACC asserts “when the Department of Education tries to bully you, know your rights.” This was one of my favorites.

Bully Tactic #5: Your school will be punished.

Response: How so? Can you please show me the written documentation that outlines how my school is punished because I refused a test? I have yet to find any evidence of schools being punished for lack of testing. Schools have been punished for low test scores and right now the PARCC is averaging a 50-70% failure rate in other states.

Perhaps no truer words have been spoken than “Schools have been punished for low test scores.” Even a casual look around the rest of the country will net several examples (i.e., New Orelans, Chicago, New York, Philadelphia) of what happens next. Schools are identified as weak or struggling or in distress. Next, other entities sweep in to “help” schools by taking them over. Schools are closed and/or converted to charters, private schools, or very large versions of a pigeon mall of America.

If the parents in America wake up in time to pull their children out of these tests, the school privatization through excessive testing game is over. It’s remarkably simple.

I maintain that it should be the right of every parent to make that choice for their child, regardless of the assessment or other activity at school (try to make a child read a controversial book against the will of their parent and see what happens, for example). I’m also quite keen on the idea of instead of having to opt-out of something—an act that feels unnatural to most Americans—making these assessments that have a history of being used against education, educators, and even students, something parents would opt-in for, sort of like they do for photos and everything else.

Let’s revisit the original questions that were either left hanging or not fully answered in the two previous reports:

I’ve reached the conclusion that these assessments are sacred to some and are made sacred to others through misguided policy. A smokescreen is cast over all of the issues due to misinformation out there. To assess, by definition is ‘to assist’ but rather than help students, teachers, or schools, tests were co-opted in order to help name and shame poor schools, close those schools, and privatize parts of public education. Regardless of your political allegiance, you’ll probably agree with me that you don’t want a company or group who hold the opposite political view as you to take charge of your child’s education.

It’s a funny thing about rights, if they aren’t exercised, one doesn’t keep them for long. 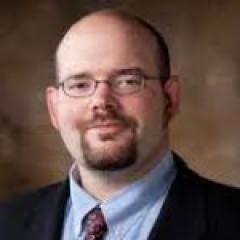 Chris Goering is an Associate Professor of Secondary English Education at the University of Arkansas in Fayetteville. He received his Ph.D. (2007) and M.Ed....
Author Profile
Quick Search
Sign up for NEPC Emails