Huffington Post: The Lost Art of the Segregated Thanksgiving Table

As a lead in to Thanksgiving, the New York Times Wednesday "Food" section featured a high school class's Thanksgiving dinner in Hartsville, South Carolina. Hartsville, located in Darlington County, is described as a "small Southern town, home to a Fortune 500 company, 30 Baptist churches and acres of cotton fields" where a social studies teacher uses the holiday meal to teach her students traditional dinner etiquette. "It's about respect," said one seventeen-year-old accolade. "This is how we got here as a civilization, so if we don't learn this, we're not going to evolve."

While I disagree with the idea that table manners are the key advance in the development of human civilization, there are even more troubling issues with this article and the traditional South Carolina Thanksgiving dinner than a potential historical misstatement.

Hartsville in the "Pee Dee" region of South Carolina had a population of 7,764 in the 2010 census. It is the home to Sonoco and Duke Energy. Pee Dee refers to a Native American tribe driven out of the region in the 18th century to make room for cotton plantations and slavery. Although only one African-American young woman was evident in a sea of overwhelmingly white faces in the photographs, the population of Hartsville is over 45% Black. The student population at the high school reflects the demographics of the town, but not the student population at this Thanksgiving table.

It turns out according to her school webpage the etiquette/social studies teacher who runs the traditional dinner is the teacher for the United States history honors class and senior students enrolled in the International Baccalaureate program. So this dinner is traditional South Carolina in another sense; it is basically a segregated Thanksgiving celebration.

The Times article also has a photograph of students standing and holding hands during a pre-meal blessing of thanks. The author and editor both apparently forgot about Supreme Court rulings against government sponsored prayer in public schools. Before celebrating along with the school district, the Times should have checked out Engel v. Vitale (1962), Abington School District v. Schempp (1963), and Lee v. Weisman (1992).

Honors, Gifted and Talented, Advanced Placement, and International Baccalaureate programs can be an insidious way of maintaining racial segregation in nominally desegregated public schools. In 2014, the U.S. Department of Education charged the South Orange & Maplewood, New Jersey school district with civil rights violations for tracking Black students out of its top academic classes. A 2013 report issued by the National Education Policy Center described this type of academic tracking as a "harmful, inequitable, and an unsupportable practice." The study also found tracking that produced segregated classrooms in nominally integrated schools to be "pervasive" in the United States.

Racial segregation has a long tradition in Darlington County, South Carolina. In 1962, local Black students sued Darlington County in the federal district court for "operating the public school system ... on a racially segregated basis." In 1964, the court found in favor of the students and ruled that the district was "violating the Constitution by its operation of a dual system of education." The District's initial desegregation plan was thrown out by the federal court in 1966 and its subsequent plan was ruled unconstitutional in 1969. In 1990 the United States Justice Department intervened in the district again and requested the court order defendants "adopt and implement a plan that will eliminate the aforementioned discriminatory practices and fully desegregate the public schools of Darlington County." In 1994, the federal court found the latest proposed desegregation plan placed a "disproportionate share of the burden of desegregation on the black community" and the district was ordered to create a magnet school. In March 2015, Hartsville was the focus of a PBS special that tried to explain the gross inequalities of race and class in the town and efforts to overcome them.

Maybe racism is part of South Carolina's tradition that is still being celebrated or maybe only honors students need manners? And maybe the New York Times should do some fact checking before it publishes puff pieces about lost arts.

Sorry if I haven't used proper table etiquette in this report. 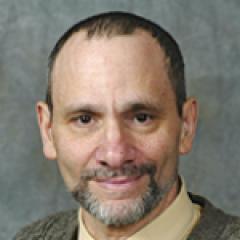 Alan Singer is a professor of Teaching, Literacy and Leadership and the program director of graduate programs in Social Studies Education. Dr. Singer is a f...
Author Profile
Quick Search
Sign up for NEPC Emails