In April 2019, the Education and Labor Committee of the U.S. House of Representatives held a hearing about the legacy of school integration efforts and the federal government’s role 65 years after the Brown v. Board of Education decision that declared racially segregated schools to be inherently unconstitutional. The Ranking Republican member on the committee, Rep. Virginia Foxx, framed the legacy of Brown as not about school segregation but instead to empower parents to choose the right school for their child(ren) and eliminate the state’s ability to force parents to send their children to schools that offered lower educational opportunity. This recasting of Brown to imbue school choice with the mantle of civil rights is emblematic of the growth of school choice since 1954. Indeed, school choice policies have helped to further integration when thoughtfully designed. Yet this is also increasingly not the case, and this framing ignores how choice has been used to challenge claims for equity, including in the aftermath of Brown as states resisted desegregation by providing vouchers as an alternative to complying with desegregating public schools.

Instead, I think it is important to resolve these fundamental questions about school choice, questions which we should ask of all policies as designed and implemented:

Prior to the middle of the 20th century, school choice was rare. Despite the rapid growth of school choice in a relatively short time period in the last few decades, most students still attend the public school to which they are zoned. A myriad of choice policies exist today, each with a varying array of civil rights policies designed to counter the tendency of choice to stratify. They include:

Parents may also informally choose schools by making residential decisions to the extent that their choices aren’t limited by factors like housing discrimination. (Such decisions, however, are beyond the purview solely of educational policies to address.) There are also a range of conditions regarding the establishment of school choice policies—such as who can choose, what schools can be chosen, and supports provided to help families make school choices, etc.—which affect the extent to which choice will further or exacerbate inequality. For example, choice policies across district boundaries could alleviate high levels of segregation that exist between districts if they are designed and implemented in ways that provide access to all families, does not permit schools to selectively accept students, and provides transportation to students—among other conditions.

Magnet schools began in the late 1960s and expanded rapidly by combining choice, educational innovation, and desegregation; they were open to all and were more popular than mandatory reassignment efforts, though importantly, they typically only served a fraction of the district’s enrollment. As a means to harness choice to improve integration in all district schools, some districts have used controlled choice plans as a process to govern student assignment for all schools and students. In contrast to other choice-based integration policies like magnets, Controlled choice is more comprehensive in that every family submits preferences and the district assigns students based on family preferences and district diversity goals.

However, choice has grown particularly since the early 1990s in ways that are largely decoupled from civil rights aims. The rhetoric of school choice has had bipartisan appeal in recent decades. Choice seems attractive, usually does not cost much, and often leaves those already satisfied with their schools undisturbed, e.g., not having to make a choice. Yet, because of segregation and inequality in society, school choice can often stratify students. Research has found that most types of school choice further stratifies students beyond what can be explained by their neighborhoods alone. The rise of information available on the internet about school choices may have exacerbated the inequality with which families can learn about school choice options (e.g., households in which families don’t have regular access to the internet). Moreover, sites that purport to rank schools on quality may largely reflect the composition of the student body, thus increasing the importance of student composition and related factors in influencing the school choices made.

From decades of study about school choice policy and segregation, I recommend the following considerations for educators and policymakers in designing and implementing choice policies that will further equity. Regardless of type of school choice, it requires (1) establishing and monitoring progress towards diversity goals; (2) outreach to diverse networks about choice options; (3) ensuring all barriers to making school choices are removed such as having transportation to school or prerequisites to attending school; (4) determining a location that will attract students and be accessible; (5) serving students in more than one district; (6) have racially diverse staff; and (7) monitoring data of who is choosing and who is leaving school to adjust plans to encourage access and retention of all students. If needed to achieve diversity goals, targeted recruitment of students from certain backgrounds and/or weighted lotteries using some characteristics could be used.

While these suggestions may be about specific actions that can be taken, it is also important to remember toward what larger vision they are aiming for. Choice in itself is not inherently beneficial—only when it provides a pathway for groups that have been historically disadvantaged to have access to schools that provide higher educational opportunity and ability to build relationships across racial/ethnic and economic lines in ways that will prepare them for citizenship in our democracy. Parents and educators alike must ensure that the use of school choice not to be defined as a market-like system to efficiently sort students but instead as a means of achieving broader public goals of equity and integration alongside some flexibility for parents. Importantly, in such systems, not all families will get their first choice of school as a way of maximizing achieving integration to the benefit of all children. Families must be prepared to continue to support equity-minded school choice policies even when they do not receive their first choice of school. In doing so, we can continue to work towards achieving the goals of Brown to create integrated schools that provide equal opportunity to students regardless of their racial/ethnic background. 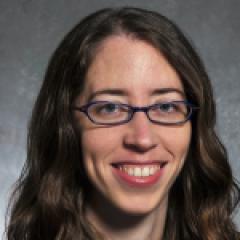 Erica Frankenberg is an associate professor of education and demography at the Pennsylvania State University, and co-director of the Center for Education and Civi...
Author Profile
Quick Search
Sign up for NEPC Emails