Arizona Stories from School: Mind Like a Civ(ics Test)?

Should Arizona high school graduates understand civics?  Heck, yes. What? I agree with our Republican-dominated legislative and executive branch on an issue?

As in many other states, our state legislature and national representatives are elected disproportionately by older, wealthy white people.  And I can’t be certain, but I would guess that generally, it is the same group who for the most part supports political campaigns that get candidates onto the ballot. Now, I personally have nothing against older, wealthy white people in particular.  After all, my own grandparents were somewhat fortunate older white people, my mother is an older white person, and if I am lucky I will someday be an older, financially-stable white voter. The problem is that a small group of disproportionately OWW people is making decisions which affect the economic well-being, civil rights and education of people who are not necessarily older, white, financially successful, or in fact educated.  This is a huge problem for democracy nationally and in Arizona.  Ideally all stakeholders should be learning about the issues and using their voices and votes.

Of course, if you are living in poverty, you have little time to pay attention to the ballot issues.

Despite some flawed research that our Governor cited in his first State of the State address, it is clear from many studies that most Americans, especially young people, have a lot to learn about American geography, history and government, not to mention their rights and the importance of civic engagement.  People have been saying this for a long time.  Education may go a long way to encouraging voting even among the poor. At least, that is my hope.

People will not vote unless they feel that they know the issues and that their votes matter.  And yes, that amounts to a better understanding of civics.

So far, I have been ignoring the issue of the new requirement that Arizona high school graduates pass the same citizenship test as naturalized citizens. I want to support this test. Even if I believe that it is not intended to actually help poor and minority students become more enfranchised, even if I believe that the civics test requirement is a move intended to appease right-wing interests, I still want to support it.  Because the idea of democracy is in danger in this country, and it wouldn’t hurt a single one of us to better understand the processes by which we are governed.

However, if civic engagement is truly the goal, this test is not the answer.  It burdens the schools with yet another resource-sucking administrative process without addressing school funding droughts and inequities across the board, or helping to develop strategies that would actually engage students in authentic civics learning.  Time spent on civics education has declined, and will continue to decline under Common Core State Standards (which only address reading, writing and math) and No Child Left Behind, which also focuses on basic language arts and math skills.  Building in more authentic civics learning hours will be a huge challenge without additional educational funding in Arizona, which is not forthcoming.

There is a bizarre and growing disconnect in this country between what we know about authentic assessment and its potential to help students understand such a multifaceted and rich topic as civics and this weird drive to test everything using objective tests, which is what the citizenship test is.  I highly doubt that any civics test will really delve into such compelling topics as

It’s true the new test shouldn’t cost much to develop. It already exists. But we are talking about a state who has refused even to fund inflation increases for education for years on end. The idea of tossing in one more major requirement for schools between eighth grade and graduation seems disingenuous if the premise is that students need to learn more about being good citizens.  There are better ways to accomplish that.  But they cost money. 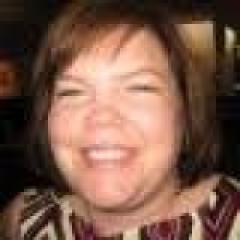 Amethyst Hinton Sainz is a National Board Certified English teacher at a magnet school in Tucson, Arizona. ...
Author Profile
Quick Search
Sign up for NEPC Emails