Teach in a Strange Land: Mission, Vision, Purpose and Other Things Nobody Pays Attention to in Public Education

I could write a blog every week on all the Big Important Things that nobody pays attention to in public education. But then—that would make me a philosopher and not a teacher.

Right now, we really need deep thinkers, visionaries, those dedicated to clarifying our mission in public ed, trying to prevent dumpster fires, rather than putting them out, which is now a fair part of teachers’ work.

Instead, we have shallow, attention-seeking chatterheads lighting fires, then sprinting away—looking at you, Mike Petrilli and Tucker Carlson, and all  the ‘Concerned Moms’ who don’t want their children to, you know, feel bad about the facts of American history.

In fact, when you look at the sweep of schooling in America—going back to Horace Mann—there is no one overriding set of principles upon which public education has firmly rested for two centuries. Mann promoted a free, secular education, open to all children—the local academic melting pot that would lift an unruly, barely civilized nation into democratic greatness.

And what a magnificent idea that was—probably the last inspiring, visionary plan to educate the citizenry. Except, of course, for all the people who were left out, or given scraps and hand-me-downs. Or weren’t even considered citizens. Not so great for them, and they were building the nation, too.

There’s always been lofty rhetoric about public education. And the reality has always been far more complicated and far less effective at achieving whatever it is public ed is supposed to achieve.

And that’s the rub. What are we trying to accomplish, in our public education system? What’s our purpose? What are our overarching goals? What’s our product?

It’s a great question to ask in a new-teacher interview: What’s your philosophy of education?

Back in the 1970s, I got that question a couple of times (and had an answer—it was part of my undergraduate education as a prospective teacher, that pedagogy coursework everyone denigrates).

Today, the interview questions are pragmatic—test scores, standards, deliverables—but there is real value in figuring out what’s most important to teach, what your students need. What you believe. What the country needs, even.

On July 7, Joe Biden tweeted this: The fact is 12 years of education is no longer enough to compete in the 21st Century. That’s why my Build Back Better Agenda will guarantee four additional years of public education for every person in America – two years of pre-school and two years of free community college.

Well, I’m all for free preschool and community college. You go, Joe. They’re only pieces of the comprehensive, coherent plan we need, but the education community is accustomed to working with (and around) bits-and-pieces ed policy. We’ll take positive fragments, any day.

Jennifer Berkshire had an interesting response to Biden’s tweet: Biden’s insistence on defining education solely in economic terms is so discouraging. IMO, this is a big part of why public education is as precarious as it is right now. Not only does it put the blame for being economically *noncompetitive* onto individuals themselves, but it leaves out the essential role that schools play in a democracy.

Bingo. Which comes first—the random policy promise, or the philosophy?

Berkshire and her co-writer Jack Schneider, an education historian, wrote this in an excellent piece in The Nation:

Our schools can’t fix the problems of poverty, and parts of the Biden administration seem to know that. But until education policy breaks free from this framing of the purpose of school, it will remain difficult to recognize what our schools can do. At a time when voting rights are increasingly being restricted, when we continue to debate the value of Black lives, and when we can’t agree on basic facts, public education has an essential role to play. We don’t have public schools in this country so that young people can compete for advantage against each other—or so that the private sector can reduce the costs of training labor. Instead, we tax ourselves to pay for universal K-12 education because public schools are the bulwark of a diverse, democratic society.

And—voila!—there we are, back to Horace Mann. The mission of public education is an educated, engaged citizenry. Open to absolutely everyone. Too bad we routinely lose sight of this core purpose, a defined public good.

If you want to read an excellent synopsis of how our national (non)philosophy of education has morphed and evaporated, over the decades, I recommend Consuming the Public School, by David Labaree:

We ask schools to promote equality while preserving privilege, so we perpetuate a system that is too busy balancing opposites to promote student learning. We focus on making the system inclusive at one level and exclusive at the next, in order to make sure that it meets demands for both access and advantage.

Does this sound like a system that just puts out emergent fires with policy band-aids—or a system grounded in principles of democratic equality? Other countries have overhauled their education systems after having a national conversation about what public education should be focused on. Why can’t we?

What would your belief statement about public education look like?

Teach in a Strange Land 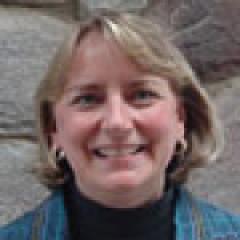