The Answer Sheet: The Myth of Common Core Equity The Common Core State Standards were originally promoted as a way of raising academic standards for all children around the country. But is the initiative really about equitable outcomes? Here’s a post that takes on that question, by award-winning New York Principal Carol Burris and Alan A. Aja, assistant  professor and deputy chair in the Department of Puerto Rican & Latino Studies at Brooklyn College (City University of New York). In 2012, he was a recipient of a Whiting Fellowship Award for Excellence in Teaching. Burris has been writing about the flawed Core implementation in New York on this blog.

Burris, principal of South Side High School, has been chronicling the flawed implementation of school reform and the Common Core State Standards across the state for some time (here, and here and here and here, for example). She was named New York’s 2013 High School Principal of the Year by the School Administrators Association of New York and the National Association of Secondary School Principals, and in 2010, tapped as the 2010 New York State Outstanding Educator by the School Administrators Association of New York State. She is the co-author of the New York Principals letter of concern regarding the evaluation of teachers by student test scores. It has been signed by thousands of principals teachers, parents, professors, administrators and citizens. You can read the letter by clicking here.  Her new book is “On The Same Track: How Schools Can Join the Twenty-First-Century Struggle Against Resegregation.”

By Carol Burris and Alan A. Aja

When the Common Core curriculum was promoted in 2009, its creators said unequivocally that principles of equity would be at the center of its eventual implementation. After all, the Bush administration’s test-happy No Child Left Behind (NCLB) mandate failed to close the “achievement gap” between whites and minorities. Then the Obama administration inaugurated a A Race to the Top contest among states and districts for federal funds and supported a new set of higher standards for all states intended to ensure college and career readiness for all students, with specific concern for our most under-served and disadvantaged.

On the surface, this seemed like a telling moment in a so-called post-racial, color-blind era, one where racism and institutionalized discrimination are viewed less and less as predictors of life chances. At last it appeared that policymakers were acknowledging the disparate effects of previous federal education policy toward marginalized communities, recommending instead to “raise the standards” through a rich curriculum and equitable teaching practices states could voluntarily adopt.

Five years and 47 states later, Race to the Top reforms are doing anything but to the communities that have been under-served. A barrage of news reports from states across the country underscore the growing discontent by students, parents, unions and legislators over the initial rollout of the Common Core, with a range of grievances from poorly constructed and confusing texts/materials, excessive testing preparation and concerns of children’s data-based privacy and security. But lost amidst the protests, town halls, so-called “delays” and potential “moratoriums” is the issue of equity all over again, making us wonder if “achievement gaps” were truly a primary concern of the Common Core architects at all.

In New York for example, one of the first states to roll out the new curriculum, scores from Common Core tests dropped like a stone—and the achievement gaps dramatically widened. In 2012, prior to the Core’s implementation, the state reported a 12-point black/white achievement gap between average third-grade English Language Arts scores, and a 14-point gap in eighth-grade English Language Arts (ELA) scores.  A year later enter the Common Core-aligned tests: the respective gaps grew to 19 and 25 points respectively (for Latino students the eighth grade ELA gap grew from 3 to 22 points). The same expansion of the gap occurred in math as well. In 2012, there was an 8-point gap between black/white third-grade math scores and a 13-point gap between eighth-grade math scores. In 2013, the respective gaps from the Common Core tests expanded to 14 and 18 points.

When a student scores in the Below Standard category of 1, there is a good chance that her or his answers were mere guesses, or that the test was so difficult, they simply gave up.  How do such tests help nine year olds who are struggling to learn English, or poor students starting school without the advantages of pre-school and the enriched experiences that affluence brings?  How do we advance the cause of equity by giving them the message: You are “below standard” and not on the road to be ready for college?

Rather than heeding the warning that something is very wrong, New York’s Board of Regents adds the highest of stakes for students—their very ability to graduate high school.  In February, the New York State Board of Regents established the college-ready scores that students will need for graduation, beginning with the class that enters high school in four years. These scores, which up until now have been known as “aspirational” measures, have been reported by the state in the aggregate and by sub-group for the past several years. If these scores were used last year, the New York four-year graduation rate would have plummeted to 35 percent. This low rate masks even worse outcomes for students with disabilities (5 percent), as well as black (12 percent), Latino (16 percent) and English Language learners (7 percent). New York Education Commissioner John King even told reporters that he was disappointed that the scores were not phased in sooner because the delay means more students would leave high school “unprepared.” He need not worry. With his preferred cut scores, most students—especially students of color, poverty and disability–will not leave high school at all.

We need not wait until graduation, however, for our most vulnerable students to feel the consequences. The designers and supporters of the Common Core never considered how the test outcomes would affect the school opportunities of disadvantaged students within the context of the competitive design of the American public education system.

For instance, in many school districts state tests are used to make decisions about promotion as well to assign students into “honors,” “enrichment,” and other “accelerated” programs. State scores are used as well for admissions to competitive middle schools and high schools. Given the disturbing evidence that the score gap has widened, if these scores are used for these purposes, many of our students of color, poverty, disability and our English language learners will have doors of opportunity shut as they compete using these very scores. This, in our opinion, is a discriminatory practice.

Research has already established that holding back students unnecessarily can have detrimental impacts down the road, and that by design and impact high-stakes testing disadvantages English language learners, special education, minority and low-income children. The research of Claude Steele, Joshua Aronson, and Aaron Spencer demonstrates that outcomes on high-stakes standardized tests underestimate the achievement and college readiness of children stigmatized as cognitively inferior by stereotype, while exaggerating the scores for individuals from groups whom society deems cognitively superior. Needless to say, we are baffled as to why education reformers continue to deny the evidence that standardized tests are invalid measurements of learning, and would instead “up the ante”’ with Common Core testing.

In the meantime, the Common Core aligned-tests will be used to justify the continuance of market-based education reforms. This means firing teachers and principals based on test scores, closing urban schools with higher low-income populations and the proliferation of charters as punishment (which ironically scored worse in language arts and the same in math as New York City public schools in the latest round of Common Core-aligned tests). These strategies, straight from what economist Naomi Klein calls the “shock doctrine” school of economics, lead to further gutting and pseudo-privatization of the most necessary of our public goods, while continuing the false narratives that teachers and their unions are the problem or that racism, poverty and inequitable resource distribution are merely excuses.

In the coming months and years ahead, the debate will continue over the role and efficacy of the Common Core. In some states and localities, that conversation will focus on local control and federal intrusion, while in others it will concern the dubious marriage between business and government.  Some will debate simply how to delay implementation, as though the reforms themselves are not the problem.  They will ignore the evidence that is right before their eyes.

It is time for those who fight for equity to question the very assumptions of reform. If a goal of public education is to expand the life chances of all students, why are we pursuing punitive policies and practices that push the opportunities of our most vulnerable students even further behind? 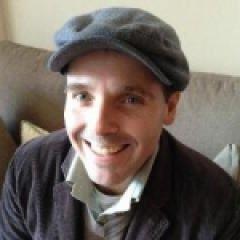 Alan A. Aja is an assistant professor and deputy chair in the Department of Puerto Rican and Latino Studies. In 2012, he was a recipient of a Whiting Fellowship A...
Author Profile
Quick Search
Sign up for NEPC Emails