One of the hottest statistical minds in the world right now is Nate Silver, the mind behind the FiveThirtyEight blog which is dedicated to helping readers to "cut through the clutter of this data-rich world."

Silver rose to prominence initially by using algorithms to correctly predict the winner of 49 out of 50 states in the 2008 presidential election.  He's gone on to become one of the most respected voices on the use of data to drive decisions.

Yesterday, Silver participated in an online IAmA Blogger Q+A session over at Reddit -- and the first question that he was asked was whether or not he believed that using standardized test scores to determine a teacher's value was a responsible decision.

Silver's response was worth sharing with every parent and educational policymaker you know:

Now to be fair, Silver DOES say that he'd need to give the topic a much longer look before he'd be able to make any real decisions on using test scores to evaluate teachers.

But his initial hunch that using test scores as the most important measure of a teacher's effectiveness is an example of using data badly aligns nicely with the thinking of other really bright minds working BEYOND education -- including Bill Gates (see here and here), Dan Pink (see here) and Chip and Dan Heath (see here).

And as Liz Dwyer points out on the Good Education blog, Silver's hunch on testing as a tool for holding teachers accountable also aligns nicely with REAMS of studies already completed by everyone from The National Research Counciland the president of Math for America to respected senior scholars like Richard Rothstein.

Finally, Silver's initial hunch ALSO aligns nicely with the opinions of the very companies that make the standardized tests that are strangling education in our country, who have noted time-and-again that their products were never designed to be used to draw conclusions about individual teachers.

So if there is a broad consensus starting to form that using test scores to evaluate teachers is a bad idea, then why do policymakers -- including President Obama and his Education Secretary, Arne Duncan -- keep pushing for these failed policies?

That's a question that every person you vote for should be forced to answer. 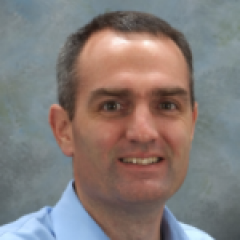 Like many accomplished educators, Bill Ferriter (@plugusin) wears a ton of professional hats. He’s a Solution Tree author and presenter, an accomplished blogger a...
Author Profile
Quick Search
Sign up for NEPC Emails