A new study finds that preschool classrooms — those in which teachers provide “high doses” of activities “emphasizing language, preliteracy and math concepts” — give “positive” academic benefits to children as measured by standardized tests, and that black students generally get a bigger boost than others. Think flashcards.

According to the study, kids who had attended a year of academic preschool were about 2 ½ months ahead at the end of kindergarten in math and literacy than children who hadn’t been at such a prekindergarten. You can read the study here, and a New York Times article about it here.

The issue of academic “rigor” in the early years of a child’s education has been a part of the education reform debate for years. Every now and then, there is a study that shows that kids do better on tests by some number of weeks or months if they go to an academic kindergarten, though tests are hardly the best indicator for how well children are developing, and the gains that are cited are short-lived.

We have decades of research in child development and neuroscience that tell us that young children learn actively — they have to move, use their senses, get their hands on things, interact with other kids and teachers, create, invent. But in this twisted time, young children starting public pre-K at the age of 4 are expected to learn through “rigorous instruction.”

And never in my wildest dreams could I have imagined that we would have to defend children’s right to play.

Play in this context doesn’t mean letting children do whatever they want. Below is a response to the new report and the Times article from Defending the Early Years, a nonprofit organization Carlsson-Paige co-founded that commissions research about early-childhood education and advocates for sane policies for young children. This was written by Diane Levin, a professor at Wheelock College and a senior adviser to Defending the Early Years. It appeared on the organization’s website and I have permission to republish it.

Should a study that found a 2½-month gain in academic skills when taught in preschool influence early childhood policy and practice? How can one argue for giving up big chunks of playtime for academic teaching to make such minimal gains in academic performance — with little consideration of what other areas might have lost out because of the focus on academic skills? Studies of Head Start programs that taught academic skills to preschoolers in the 1960s and 1970s found that gains made in academic performance over children in more play-based Head Start programs were generally gone by second grade (i.e., “fade out effect,” as mentioned in the article). Furthermore, research in many European countries, which do not start formal reading instruction until age seven, shows that starting formal teaching of reading earlier has little benefit.

Play-based early childhood programs are all-too-often misunderstood. Just having play in a preschool is not enough, as all play is not the same.

When a child dabbles from one activity to another, tries out one material and then the next, and/or does the same activity day-after-day, this is not quality play or, necessarily, even play. And, even when a child does become more fully engaged in an activity that develops over time and is meaningful play, teachers have a vital role facilitating the play to help the child take it further.

The teacher also makes decisions about how to integrate more formal early literacy and math skills into the play — for instance, by helping a child dictate stories about his painting and pointing out some of the key words and letters involved, etc. The teacher can then help the child “read” the story at a class meeting. With block building, the teacher and child might discuss shapes, as she tries to find the right shape for her structure.

This kind of intentional teacher-facilitated learning through play contributes to the many foundational skills children need for later school success, including self-regulation, social skills, creativity, original thinking, oral language development, eye-hand coordination, pre-literacy and math skills, and positive attitudes toward problem solving. And, in the long run, these foundational skills are much more important for how children will feel about and perform later in school than the 2½ months gain they might obtain from the early skill instruction received in preschool, as reported in the New York Times article.

Rather than debating over free play versus flashcards, perhaps we should be asking the bigger questions: 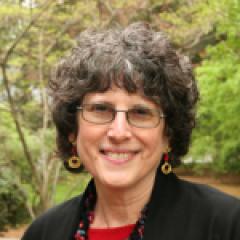 Diane E. Levin, Ph.D. is Professor of Education at Wheelock College in Boston, Massachusetts where she has been training early childhood professionals for over tw...
Author Profile
Quick Search
Sign up for NEPC Emails