In 2014, New York City Mayor Bill de Blasio announced that he was starting the Renewal Program aimed at improving the city’s lowest-performing schools. He promised to plow millions of dollars into these schools to provide a variety of supports for students rather than closing the campuses down, as the previous administration of Michael Bloomberg had done.

At a cost of $600 million to $750 million, the results were not what de Blasio had hoped. Fourteen of the original 94 schools in the program have closed and some dropped out, with about 70 still participating, and Chalkbeat reports that more closings are expected. The future of the program is unclear; de Blasio recently spoke about the program’s “natural conclusion” without talking about what that might be.

To think that seriously low-performing schools can be turned around in a few years with an infusion of money — even a big one — is wishful thinking. It’s not that money doesn’t matter — it does. But real change takes time, and how the money is spent is as important as the amount.

This post looks at the Renewal Program and what happens when good school improvement meets unrealistic expectations. It was co-written by Kevin Welner and Julia Daniel. Welner is director of the National Education Policy Center at the University of Colorado at Boulder, and a professor specializing in educational policy and law. Daniel is a PhD candidate in education policy at the University of Colorado at Boulder who is studying New York City’s community school reform as part of her dissertation research.

By Kevin Welner and Julia Daniel

In our busy and overloaded lives, shortcuts are awfully tempting. But they are often dead ends. Nowhere is that more true than in the case of school improvement.

New York mayor Bill de Blasio may have had these past lessons in mind when he announced four years ago that his administration would invest in the Renewal Schools program.

While former mayor Michael Bloomberg had enthusiastically embraced the fad of closing neighborhood schools and opening charter schools, de Blasio has eschewed such shortcuts. The Renewal schools reform instead calls for greater investment in those schools suffering the worst outcomes. The money is used in ways that increase opportunities to learn, including more learning time after school and in the summer. Renewal schools also offer resources such as social and emotional supports for students that address immediate and vital needs and that improve learning outcomes.

The Renewal program — which also supports schools in the city’s larger Community Schools Initiative (CSI) — assists schools by increasing supports, training, and resources for students and teachers. The CSI increases family and community engagement and creates collaborative structures and practices, bringing together key people to plan and implement improvement strategies based on local needs.

These approaches — extended learning time, family and community engagement, collaborative leadership, and integrated student supports — are fundamental to community schools models and informed by decades of research showing that out-of-school factors have an overwhelming influence on student outcomes. In turning to this evidence-based approach, the mayor should be applauded.

But like many politicians before him, de Blasio underestimated the time needed for the reform to take root and to generate measured outcomes such as increases in test scores. When he announced the program in late 2014, he said that schools that had not noticeably improved at the end of three years would be closed.

Yet as is the case with all major reform efforts, there have also been challenges that must be addressed — complications that are undermining the Renewal program. For example, these schools have been hampered by high levels of principal turnover. Further, a quarter of the initial Renewal schools have been closed for not meeting the program’s ambitious goals.

Here, we need to step back and confront an unpleasant truth about school improvement. A large body of research teaches us that the opportunity gaps that drive achievement gaps are mainly attributable to factors outside our schools: concentrated poverty, discrimination, disinvestment, and racially disparate access to a variety of resources and employment opportunities.

Research finds that school itself has much less of an impact on student achievement than out-of-school factors such as poverty. While schools are important — and can certainly be crucial in the lives of some students — policymakers repeatedly overestimate their capacity to overcome the deeply detrimental effects of poverty and racism. Even if educators and leaders in New York were to perfect the Renewal reform, it will likely only move the ball 20 or 30 yards down the field.

To be sure, de Blasio and the Renewal reform are on the right path. These schools address in-school and out-of-school factors that affect learning, and their students and families undoubtedly benefit from the added resources and connections between schools and communities.

But students in many of these communities are still rocked by housing insecurity, food insecurity, their parents’ employment insecurity, immigration anxieties, neighborhood violence and safety, and other hassles and dangers that can come with being a low-income person of color in today’s United States.

We need to acknowledge these two realities — seemingly in tension: (1) that education reforms can be very helpful, if they’re the rights ones and if we’re patient and committed; but (2) we as a society are deceiving ourselves if we think we’ll transform educational outcomes without addressing economic inequality.

When we ignore inequality and systemic disinvestment from low-income communities, we can still improve outcomes, but we cannot transform them. Large achievement gaps will remain.

Don’t be fooled by “miracle schools” that claim proof of success by rapidly rising test scores. These schools often take shortcuts via one of two strategies.

The second: shift instruction from the important, deeper learning of 21st-century skills to intense preparation for high-stakes tests. Unfortunately, even when this approach generates higher scores, it doesn’t tell us much about meaningful learning at these schools.

In contrast, the Renewal schools approach is not a shortcut. We’re seeing some progress already in attendance and graduation rates, but test scores are a lagging indicator. This means that test score improvements will follow further down the road, once children have benefited from extended, high-quality opportunities to learn. The path to real school improvement is long and arduous, and nobody — De Blasio included — should suggest otherwise. Nor should anyone suggest that this path will single-handedly overcome the ravages of concentrated poverty and racism that affect students’ well-being and ability to learn.

We share the urgency to improve schools now — never sacrificing the futures of students to the reform du jour. That is exactly why New York City and De Blasio should remain committed to the Renewal program — a program based on decades of rigorous research and already showing meaningful benefits for underserved students — because it seriously addresses impediments to learning.

When we look across the nation and see other leaders chasing silver bullets, or ignoring educational inequity altogether, we should rejoice that New York and its mayor are engaged in the demanding yet essential work of partnering with communities to address basic needs and directly increasing opportunities to learn for all of the city’s children. 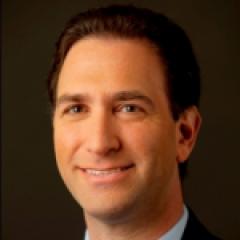 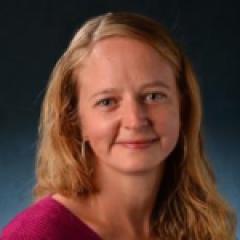