The New Jersey Supreme Court has affirmed and clarified the State Commissioner of Education’s obligation under the state constitution to evaluate and address the impact of charter schools on student segregation and district funding. The Court’s recent ruling in In re Renewal Application of TEAM Academy Charter School (TEAM Academy) made it the first – and only – high court in the nation to impose a constitutional duty on a charter authorizer to ensure these schools do not segregate students by race, disability or language status or undermine funding and resources for students in district schools.

The New Jersey law prohibits charter schools from employing admissions policies that discriminate based on race, intellectual or athletic ability, measures of achievement or aptitude, status as a person with a disability, proficiency in the English language, or any other basis that would be illegal if used by a school district. It also requires charter schools to seek the enrollment of a cross section of the community's school-aged population by race, disability and other factors. By regulation, the Commissioner must evaluate the impact of charter schools on student segregation annually and must review those annual evaluations every five years during the charter renewal process.

The law also requires that for each resident student enrolled in a charter school, school districts must allocate to charter schools 90% of their annual per pupil funding, both state and local, based on the funding levels provided to the district under the state’s school funding formula. As part of the charter school initial approval, expansion and/or renewal application process, the law allows the district to submit evidence, data, information and objections to the application.

The New Jersey Supreme Court upheld the constitutionality of charter schools in a challenge by several school districts in the seminal 2000 decision, In Re Grant of the Charter School Application of Englewood on the Palisades Charter School (Englewood). The Court held that, while the Legislature can include charter schools among the local entities providing public education, they can operate only “so long as the constitutional mandate to provide a thorough and efficient system of education in New Jersey is satisfied.” Since district and charter schools are part of the public education system prescribed by the State constitution, the Court reasoned, the State must ensure not only that charter schools provide a thorough and efficient education to their students, but also that charters do not undermine the delivery of a constitutional education to students in district schools.

To meet this constitutional mandate, the Englewood Court imposed two interrelated obligations on the Commissioner:

In a June decision, the Supreme Court affirmed and clarified its holdings in Englewood mandating evaluation and remediation of the impact of charter schools on student segregation and district funding loss.

The TEAM Academy case stemmed from the applications of seven Newark charter schools, including KIPP and Uncommon, to expand enrollment by nearly 8500 students over a five-year period beginning in 2016. If approved, the expansion would increase total charter school enrollment to over 25% of Newark’s total student enrollment.

When the district, then under state takeover, failed to object to the proposed expansion, Education Law Center (ELC), on behalf of students in the Newark district schools, filed detailed opposition on two grounds:

1) The expansion would accelerate the loss of funding in the Newark Public Schools’ (NPS) budget, diminishing teachers, support staff, English learner (EL) programs and other essential resources for students in NPS schools; and

2) The expansion would exacerbate existing patterns of segregation by disability, language status and race between the NPS schools and charter schools. ELC presented research to show that the seven charter schools seeking to expand served far fewer students with disabilities and ELs than NPS.

In 2016, the Commissioner approved all seven charter expansions in brief letters without commenting on, or addressing, any of the specific evidence presented by ELC of the impact of the enrollment increase on student segregation and funding loss in NPS. ELC then appealed the Commissioner’s decisions to the courts.

The Court also affirmed the requirement that the Commissioner analyze the fiscal impact of funding loss to charter schools, but only after the district comes forward with specific evidence. The Court ruled that once the district provides a preliminary showing that its ability to provide a constitutionally adequate education would be jeopardized by the diversion of funds, “the Commissioner must ‘evaluate carefully’ the question of fiscal harm.” As with the analysis of segregative effects, the Court noted that fiscal impacts must be evaluated in the case of both applications to open a new charter and charter renewals and amendments.

In the Englewood and TEAM Academy rulings, the New Jersey Supreme Court has put in place a framework for ensuring charter school laws are implemented consistent with a state’s constitutional obligation to provide public education. Under this framework, charter schools are allowed to operate only as part of the state’s public school system, not as a separate system unto themselves that competes with districts for students and funding.

As part of the public school system, charter schools – like all other local public schools – are prohibited from discriminating against and segregating students, not just by race, but also by disability and language proficiency status. This means that the State has an affirmative and ongoing duty to prevent and redress segregation caused by charter schools, both intentional and de facto — a duty that is not conditioned on any party coming forward with evidence.

The State must also prevent the diversion of funding to charter schools when doing so leaves students in district schools without essential resources for a constitutionally adequate education. This safeguard is especially vital in districts where, as in Newark, charter schools enroll a significant portion of the school-aged population, and districts must continue to educate high percentages of students with disabilities and ELs who require additional resources and funding.

State constitutions guarantee the right to public education to all children without regard to how state legislatures and governors decide to govern local districts and schools. Charter schools have no constitutional right to operate; their operation is only permitted under the express terms and conditions of state law. Those laws must provide robust safeguards against fiscal harm and student segregation. To the extent those laws across the country are lacking in such protections, they must be at the forefront of efforts of public school advocates to reform charter school laws. 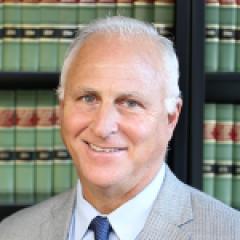 As Executive Director of the Education Law Center, David Sciarra oversees and directs ELC programs and activities. A practicing civil rights lawyer since 1978, he...
Author Profile 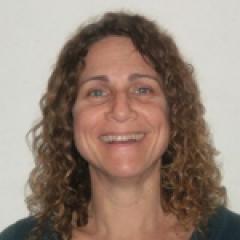 Wendy Lecker oversees the Education Law Center's work in New York. She was a staff attorney at the Campaign for Fiscal Equity (CFE) in New York, and has also work...
Author Profile
Quick Search
Sign up for NEPC Emails