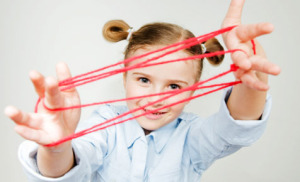 EduShyster: In my experience, billionaires typically got that way via selflessness—so I wasn’t at all surprised by your latest investigative piece that found that a handful of extraordinarily wealthy men have been pouring money into the Minneapolis School Board race and expect nothing in return.

Sarah Lahm: That’s right. In a sudden burst of altruism, billionaires like Michael Bloomberg have donated lots o’ cash to the school board race, via the Minneapolis *Progressive* Education Fund. Now it does seem a little odd for little old Minneapolis to be getting so much attention from very wealthy and, as I’ve been assured, good-hearted people far from Minnesota.  They’re not after any particular outcome, by the way, just *strong leaders.* 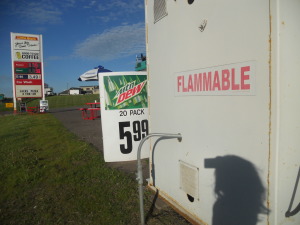 EduShyster: Who doesn’t love a strong leader? Any other indication as to why Bloomberg, venture capitalist Arthur Rock and heir to the OxyContin® fortune, Jonathan Sackler, should be so interested in this race?

Sarah Lahm: If you listen to the Minneapolis Progressive Education Fund, which seemed to sprout out of nowhere in order to support particular school board candidates, these well-heeled individuals are interested in *investing* in Minneapolis. The Fund, by the way, is going all out to support two candidates: Don Samuels and Iris Altamirano because of their commitment to *equity and excellence* and the *transparency of district leadership.* We’ll find out tomorrow if $200,000 is enough to seal the deal, and we may find out at some point if this billionaire-backed fund can survive the bit of hot water it’s gotten itself into. Seems there was a reporting discrepancy on their end, which means no one knew Bloomberg, Rock, and Sackler, aka The Billionaires with Big Hearts, were involved in the Minneapolis School Board race until the last possible moment. Whoops. Even Funds with lots of funds make mistakes, I guess.

EduShyster: Exciting times in the Land of 10K Reforms these days. Over the weekend the Minneapolis Star Tribune made public teacher evaluation data which seemed to show that the least experienced teachers are in the lowest performing schools, which left me feeling very confused.

Sarah Lahm: It is confusing. We’ve been hearing for some time now that the union contract is the problem, that we need to get rid of seniority, we need some new blood in there. We even partnered with Teach for America to bring in fresh recruits to liven up our schools and close the achievement gap. 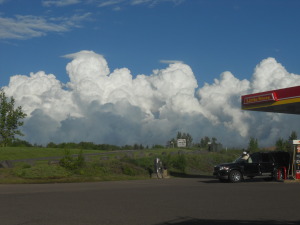 EduShyster: In other words, the solution must be to do more of what isn’t working. Although we know that one thing that absolutely doesn’t work is throwing money at the problem, unless that problem is a school board race.

Sarah Lahm: It is a little awkward when you cling so tightly to one strategy and it turns out not to work. Unfortunately teachers with experience are still being demonized. Now the argument is that these teachers are all clustered in the high-performing schools because they just don’t want to work in high needs, high-poverty schools. They’ve all escaped to the safe schools. So while we are recognizing now that experienced teachers are needed, all of this is still their fault.

EduShyster: I gave Minneapolis the honorary accolade of *Reformiest City in America* a while ago, but even I’ve been surprised at how far back the reform experiment dates there. Not only did you have the country’s first charter law but the district was home to a choice experiment. What’s different about what’s going down there these days?

Sarah Lahm: I grew up in the days of the federally-funded choice program here. I was a weird kid and I read up on all of these schools and, as a 6th grader, I asked my parents to let me attend a free school or another alternative school instead of my very traditional neighborhood school. We have a few remnants of that experiment still hanging on. I think what was different was that, in addition to being federally funded, the choice program operated within the district, which gave it stability and oversight. That’s what’s missing with our charter schools. They open and close without warning, there’s heavy-duty and often misleading marketing to parents. We’ve had a lot of problems with corruption. 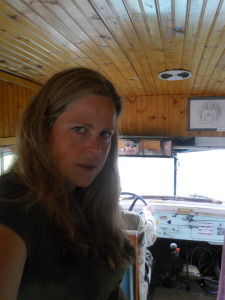 EduShyster: You’ve been doing some amazing reporting on the ground from Minneapolis. I take particular pride in the work you’re doing because you’re really my first EduShyster Academy success story. Are your fellow Minneapolitans as proud of you as I am?

Sarah Lahm: I’m fortunate enough to have a lot of love and support for the work I’ve been doing. And I don’t even think that it’s specific to me necessarily, just that there’s been such a tremendous lack of investigation and analysis of education in Minneapolis for so long. There are definitely some people who’ve been really upset and offended by what I’ve been writing about. Lots of assumptions and allegations have been thrown my way, which I can mostly laugh about. I was just linked to the Washington Post’s Valerie Strauss, for example, because apparently we both go after people who *just want change.*

EduShyster: Are there particular issues you’ve raised that people are unhappy about?

Sarah Lahm: I think people have a hard time grasping the concept that our public schools are being privatized. They don’t see it, they don’t want to see it, they call it a conspiracy. The notion that people who are investing money in our schools may not have completely altruistic motives, that they may actually have a business goal, that seems very offensive to some, especially people who’ve really hitched their wagons to charter schools as the solution to all of our problems.

EduShyster: Any advice for wanna-be Sarah Lahm’s out there who are eager to play the role of local Nancy Drew but maybe don’t know how to get started?

Sarah Lahm: Jump in and do it. I got some great advice from Cynthia Liu who runs the K-12 News Network in California. One point that she made is that you don’t have to have all of the answers. Say you’re a parent or a community activist and you’re noticing all these things happening around you – ask questions. You don’t have to be the expert. Just dive in and ask away.

Sarah Lahm once worked as an English teacher and is now busy building a career as a corporate education reform crime fighter. She also has a bunch of kids who attend public schools in Minneapolis. Follow her on Twitter @sarahrlahm.