Juneteenth, the new federal holiday commemorating the date, June 19, 1865, that has come to symbolize the end of slavery in the United States, is an appropriate day to publish this post — one that looks at systemic racism in this country through the lens of standardized test scores in reading.

It was written by Michael Holzman, a research consultant for the Schott Foundation for Public Education in Cambridge, Mass., and the author of the foundation’s series “Public Education and Black Male Students: A State Report Card.”

Holzman is the author of numerous books, reports, op-eds and blog posts. He has advised a number of organizations, including the Rockefeller Foundation and the Heinz Endowments, and he has worked on reform in school districts from Seattle to Miami.

“It is past time for America to discard the left-wing myth of systemic racism. America is not a racist country.” — former vice president Mike Pence

Perhaps some data would be useful.

In 2019, as is routinely done in alternate years, a representative sample of students in eighth grade were tested by the Education Department’s National Assessment of Educational Progress (NAEP) in reading and a number of other subjects. NAEP is known as the “nation’s report card,” the largest nationally representative and continuing assessment of U.S. students in various subjects.

This looks something like a bell curve — a normal distribution, what one would expect from many studies of large samples.

But reading ability is not something like height, weight or breakfast cereal preferences. It’s a vital skill, essential for education and adult life. Imagine if a pharmacy filled orders for important medications in such a way that nearly a third of the prescriptions were incorrect. That would not be tolerated. Yet we tolerate the education equivalent.

That is the outcome for the entire public school population. NAEP did not stop there. It then analyzed the data in a number of different ways, one of which was by race/ethnicity. Twelve percent of Asian/Pacific Islander students were at the advanced level, 42 percent were at proficient, 31 percent were at basic and 15 percent were at below basic; it’s something like a bell curve skewed a bit to the right.

Achievement outcomes for White non-Hispanic students (whom NAEP calls “White”) were something like a bell curve skewed to the left: 5 percent at advanced, 36 percent at proficient, 39 percent at basic and 19 percent below basic.

Outcomes for Black students were even more heavily skewed to the left: 1 percent at advanced, 14 percent at proficient, 39 percent at basic and 47 percent — nearly half — at below basic.

We must keep in mind that “Asian/Pacific Islander” and “Hispanic” students can differ from one another in a wide variety of ways: language spoken in the home, national origin (native or emigrant), ancestry, etc. This essay will concentrate on the division between White non-Hispanic students and Black students, for obvious historical reasons.

In 2019, our public schools taught 80 percent of White non-Hispanic students to read at least at the level expected for those middle school students, but they failed to teach nearly half of their Black students to read as well as eighth-graders might be expected to read.

To use our drugstore analogy, prescriptions would be filled correctly for Black students at a rate barely better than chance. The implications of this are appalling. Half of our Black students at the crucial eighth-grade level are having their life opportunities cut short because they have not been taught to read well.

If we add gender to the analysis, matters are even more extreme. NAEP found that nearly half of White females have been taught to reach the proficient or advanced levels in eighth-grade reading, and only 14 percent are below basic. At the other end of the distribution, more than half of Black male students were tested at below basic, and just 10 percent were proficient. NAEP recorded “rounds to zero” for Black males reaching the advanced level in eighth-grade reading.

The chances of a Black male student being taught to read well is close to one-fifth that of a White female student and one-third that of a White male student. The implications of this for the nation’s future are extremely troubling. If half of the country’s Black males are so inadequately educated that their reading ability is in doubt, so are their futures and those of their families and that of the nation as a whole. [“The Moynihan Report” for a suggestive misinterpretation of this phenomenon.]

Those are national education outcomes. Given the highly varied nature of the United States, it’s useful to also focus on the state level. Let’s look at Texas.

The Juneteenth holiday marks the much-delayed proclamation of freedom for enslaved Black Americans in Texas. And yet, the full achievement of its promise has also been delayed in Texas, not least in the matter of educational opportunities.

We can take the education level achieved for White non-Hispanic students in eighth grade as an indicator of the level reached by a group for which the schools were designed, with all due qualifications of that assertion. We find the following:

Nationally, the percentage of Black students reading at grade level is only two-thirds that of White students. In Texas, it’s less than 60 percent.

Public schools in the United States, as a whole, are good enough for 80 percent of White students and need to improve for the other 20 percent. They are not good enough, on average, for half of their Black students. Why is that? One theory is that the issue is not race, but household income.

Fortunately, NAEP allows us to look at the eighth-grade reading results by eligibility for the National School Lunch Program (often used as a proxy for poverty levels) — roughly, lower-than-average-income households compared with more prosperous households.

Household income matters quite a bit for acquisition of reading skills for White non-Hispanic students — but hardly at all for Black students. This racial gap in reading scores is worse in Texas, despite the fact that the gap in household income is narrower in Texas than the national average.

Household income, then, does not appear to explain the gap in reading skills. Rather, I would posit, it is the reverse: A lack of basic reading skills and, in general, inferior educational opportunities, such as those for Black students in Texas, result in a gap in household income in successive generations.

Texas is far from alone in producing large racial gaps in NAEP reading scores. Similar, if slightly less dramatic, gaps can be seen in other states and nationally. This, and the related high incarceration rates for Black males, limits household income for Black Texans and other Black Americans, passing those limitations on to the next generation.

How is this to be explained if, as former vice president Mike Pence tells us, there is no systemic racism in this country?

Or is systemic racism invisible to those who benefit from it, like water for fish? Kings do not protest monarchy. Aristocrats and millionaires rarely have protested class-based societies. Only after millennia did men begin to notice the oppression of women.

Admitting the systemic racism in American education is a necessary step toward ending it. 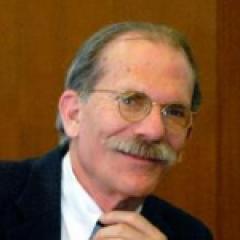 Michael Holzman is a research consultant for the Schott Foundation for Public Education in Cambridge, Mass., and the author of the foundation’s series Publi...
Author Profile
Quick Search
Sign up for NEPC Emails