Shanker Blog: No Teacher is an Island: The Role of Social Relations in Teacher Evaluation (by Alan J. Daly and Kara S. Finnigan)

Our guest authors today are Alan J. Daly, Professor and Chair of Education Studies at the University of California San Diego, and Kara S. Finnigan, Associate Professor at the Warner School of Education at the University of Rochester. Daly and Finnigan have published numerous articles on social network analysis in education and recently co-edited Using Research Evidence in Education: From the Schoolhouse Door to Capitol Hill (Springer, 2014), which explores the use and diffusion of different types of evidence across levels of the educational system.

Teacher evaluation is a hotly contested topic, with vigorous debate happening around issues of testing, measurement, and what is considered ‘important’ in terms of student learning, not to mention the potential high stakes decisions that may be made as a result of these assessments.  At its best, this discussion has reinvigorated a national dialogue around teaching practice and research; at its worst it has polarized and entrenched stakeholder groups into rigid camps. How is it we can avoid the calcification of opinion and continue a constructive dialogue around this important and complex issue?

One way, as we suggest here, is to continue to discuss alternatives around teacher evaluation, and to be thoughtful about the role of social interactions in student outcomes, particularly as it relates to the current conversation around valued added models. It is in this spirit that we ask: Is there a ‘social side’ to a teacher’s ability to add value to their students’ growth and, if so, what are the implications for current teacher evaluation models?

It should be noted that neither of us is an expert in the area of value added, but what we do bring is a fresh perspective, strongly informed by our work examining the social side of educational change and our research in the areas of educational leadership and policy (e.g. Daly, 2010; Finnigan & Daly, 2012; 2013).

From our vantage point, one major assumption underlying the idea of ‘value-added’, as typically construed, is that student achievement, simply put, is the result of the interaction between: teacher knowledge/training/experience; his/her ability to effectively teach content; previous student performance; and student demographics. The second critical assumption is that this potent combination can be captured in a measure.

In this formulation, a teacher’s ability to ‘add-value’ is a very individualistic undertaking determined almost exclusively by the human capital (i.e., training, knowledge, and skills) of the individual teacher and some basic characteristics of the student.  This assumption seems to overlook recent research, suggesting that while teachers’ human capital is important in the achievement equation, teachers’ access to knowledgeable peers in a high trust social context is also quite central to student learning – see here for an overview.

The first enters a grade level or department in which trust is low and teachers do not share or collaborate around effective practices, innovative ideas or instructional resources, all of which have been shown to support student achievement.

The second enters a department in which teachers actively collaborate, exchange ideas, develop common assessments and reflect on practice – in short, a faculty that operates as a professional learning community.

At the end of the year, in the many value-added frameworks, these two teachers will be evaluated similarly (i.e., according to the progress their students made) without any attention to the social milieu that surrounded their professional practice, which, we argue here, can play a crucial role. This is, in our view, a significant shortcoming of many value-added models.

In a sense, the first teacher is ‘disadvantaged’ because he/she was not able to learn from colleagues and, as a result, may be less equipped to provide effective instruction to students. In contrast, in the second scenario, a similarly skilled teacher, one who has benefited from rich exchanges with peers, may appear to add more ‘value’ based on increased access to effective instructional practices and support from colleagues, as well as many other relational resources such as emotional support or mentorship.

This illustration is actually inspired by real patterns we observed in our own research. The graphs below show social network data from two elementary schools in the same district. These schools are only two miles apart, serving a similar student population, and implementing a similar reading comprehension reform. Yet, students in each of these schools were performing very differently, with those in School 1 performing better than those in School 2.

The nodes are colored by grade level and the lines represent an advice relationship around reading comprehension. As can be observed, the school on the left (School 1) exhibits much more connectedness and sharing of knowledge than School 2 on the right, where there are much fewer social ties and a significant number of isolates (left part of the graph).  As a new teacher — or a veteran for that matter — who is being evaluated in the current policy context, where would you rather be teaching?

We want to stir the imagination to consider the range of outcomes for individuals embedded in these very different knowledge-sharing networks.  The isolated nodes in School 2, for example, are teachers who not only do not have the opportunity to connect around their practice relating to reading instruction with other teachers at their grade level, but also rarely have the opportunity to connect with teachers at other grade levels.  This ‘low stock’ of social capital in School 2 likely has an impact on teachers’ individual performance, and as well as their students’ achievement.

Considering the role social relations may play in supporting or constraining the ‘adding of value’ by a teacher in a particular school setting is, at a minimum, important enough to be on the table.  The idea of attending to the relational infrastructure suggests supplementing, not supplanting, how we think about teacher evaluation and what we mean by adding value (individually and collectively) to student learning.  Both human and social capital are important in the reform equation, but to date the social capital element has played a secondary role to its more well known and publicized human capital cousin.

The question now is to examine carefully these ideas and consider ways to incorporate measures that reflect the social context of teaching and learning, rather than just view teachers as divorced from the consequential interactions that surround educators every day. Controlling for the social context of teachers in value-added models would potentially allow better comparisons of teachers, while also incentivizing the sharing of knowledge, as we know that what is evaluated frequently becomes prioritized. Perhaps by more explicit attention to how social capital shapes individual teacher knowledge and skills in our discussions of teacher evaluation we can begin to hone in on the necessary school and district supports to bring about large-scale changes in our educational system.

This is the fourth post in a series on “The Social Side Of Reform”, exploring the idea that relationships, social capital, and social networks matter in lasting, systemic educational improvement. For more on this series, click here. 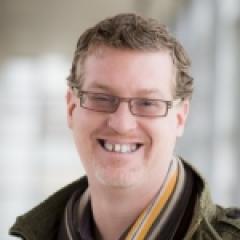 Alan J. Daly is Associate Professor and Chair of Education Studies at UC San Diego. He graduated from Clark University with a BA in Psychology, received a MS in C...
Author Profile 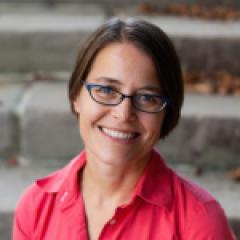 Kara Finnigan is a professor of education policy and leadership at the University of Rochester's (UR) Warner School of Education and an Inclusive Climate Leadersh...
Author Profile