The exponential rewards of being unafraid… 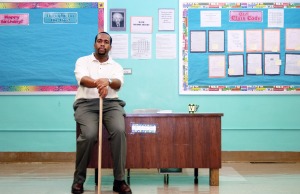 When I walked through the door of José Vilson’s New York City classroom recently, I was in search of something very particular: hope. You see, after a week in New York touring what so often turned out to be the wreckage of the city’s now decades-long experiment in education reform, not to mention catching a disturbing look at what is likely the future of education there, I was in serious need of a pick-me-up. So I boarded the A train and took it all the way up to Dyckman and Broadway, the penultimate stop. I showed up in José’s eighth grade classroom—excuse me, make that Mr. Vilson’s classroom—in time for a lesson on exponents. But what I took away, aside from a new understanding of a topic that eluded me in 8th grade, was something exponentially bigger.

Thanks but no thanks

When I travel these days, I try to visit as many urban schools as I can. I find these up-close glimpses of the consequences, and yes, the casualties, of education reform, invaluable. But getting into schools in places like New York or Chicago or Boston isn’t easy. News flash: while public school administrators make for a particularly prickly brand of host, *whimsical edu-blogger* seems to rank down near the bottom of their guest lists. The list of ten NYC schools to which an assortment of teachers had invited me was steadily shrinking, including one where my invite to speak to a high school social studies class about political blogging was quashed by an AP (that would be NYC school lingo for assistant principal…) because she didn’t believe my talk was appropriately aligned to the curriculum. 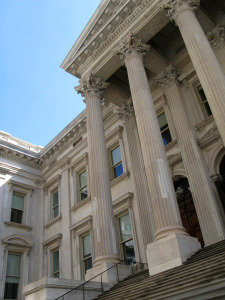 And so it was that I found myself visiting a particular school by pretending to be a long-lost relative of a teacher whom I’d never actually met. Know that the *false premises* route is one I try to avoid whenever possible. For one thing, it largely defeats the purpose of the enterprise. If I can’t be honest with teachers, administrators and students in a school about who I am and why I’m there, I can’t write about what I see and hear either. All I can tell you about this school is that, in the annals of the late urban district, it is all too typical. Picture a once-storied institution driven into the ground by some combination of incompetence and malevolence. And in the shell of the once-was school, a complicated assembly of new schools, including a charter that appeared to be staffed almost entirely by white 20-somethings under strict orders to avoid eye contact with the veteran teachers in the building’s other schools. 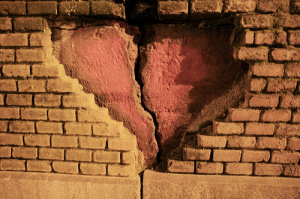 Watching my new relative teach her way through a dizzying assortment of language classes, I could almost believe that we were related. Her wild enthusiasm for her subjects felt instantly familiar to me, as did the looks on the faces of her students—a kind of fascinated bafflement. As she told me during her break, at least some of her enthusiasm comes from the sheer relief of having a job; her previous school closed due to low performance and she could easily have ended up in the Orwellian-sounding absent teacher reserve pool. Her colleague, a refugee from yet another closed school, wasn’t so lucky.  She spends her days in a sort of make-work job while preparing to be evaluated yet again—this time in front of a classroom that isn’t hers.

There goes the neighborhood school

A New York education reform advocate explained to me this summer that a major goal of the reform movement is to sever the automatic connection parents make between neighborhoods and schools. Teachers like my new relative and her colleague belong firmly to this now disappearing world. They live in the same neighborhoods that were once anchored by these once-great schools. The future of teaching in places like New York City won’t look like this. Instead it will be young, mostly white, entitled and restless—sort of like Brooklyn these days, the borough that vast armies of young charter school teachers call home, for now.

Quick, reader: what’s the opposite of failure? If you answered success, you would be correct, which is why my next stop was a rally of charter school students and parents rallying against failure and on behalf of success, or rather Success, the ever-expanding chain of charter schools captained by Eva Moskowitz. This was an entirely grassroots affair, if by grassroots you mean elaborately orchestrated, handsomely funded and complete with handmade signs available by the thousands. The event even had its own hashtag: #Don’tStealPossible, *steal* in Moskowitzian parlance meaning the imminent loss of that which you do not yet possess, in this case the 14 additional schools by which she seeks to grow her chain beginning next year. The rally, organized by Families for Excellent Schools, was originally billed as a grander affair—a spontaneous uprising of parents from across the city demanding an end to failing schools. But the vast majority of attendees in the overwhelmingly minority crowd appeared to be charter parents already, marching into Foley Square behind the banner of their particular school (canceled for the morning), shepherded by white teachers, white administrators and white marshals.

*Do you think the parents are dupes?* asked a student at my next stop: a journalism class at Baruch College where I was giving a talk about the difference between blogging and traditional journalism. I’d raced into the class from the rally and started my talk with a description of what I’d just seen that left little doubt as to how I view what the New York Post described as the city’s charter parent army. As it happens, I don’t think the parents are dupes—I think that they’re making what looks to them to be the best, most rational choice for their individual children. But are the parents in the charter army conscripts? Coincidentally, I’d just been sent a copy of a charter handbook from Boston, home to Families for Excellent Schools’ newest chapter, detailing the school’s practice of handing over all parent information to two charter lobbying groups: FES and the Massachusetts Charter Public School Association unless parents explicitly opt out (See page 36). In other words, the schools of the future come, not just free of neighborhood, but complete with their own lobbying forces.

At last, the last stop

I saved my visit to José Vilson’s class for last. For him though, I was the very first visitor under his new *open door* policy by which he invites in journalists, *experts* and the merely curious to come in and watch him teach. It’s the reason that I was able to march into his school under my own auspices and announce to his principal that I was a friend, there to see José. As a ten-year veteran at this Washington Heights school and an emerging leader in the real grassroots movement to save and strengthen public schools and give voice to teachers of color, José is hard to say no to, even by a principal. To celebrate his return to the classroom this year after an extended stint as a math coach and a *pseudo dean* (all of the responsibility, none of the power), he decided to invite the world to join him. *It’s a different kind of transparency, one that says ‘come watch me. Come see what I do.’ It sends a signal that I’m not afraid.*

Students at the school are predominantly Dominican, and watching Mr. Vilson preside over a lesson on exponents, I realize that of the countless classrooms I’ve visited in recent years, he is the sole male teacher of color I’ve seen. I tell him this when his students have headed off to lunch and we’re able to adjourn to the library to talk, something I’ve been looking forward to for days. *We do a poor job reflecting the experiences of our kids,* he says. *You want to teach the kids what the language of power, but you also need someone who can translate.* I tell him about my week in NYC, about the veteran teachers who are being eaten alive, about how I couldn’t find anyone who believes in the union, about the tortured optics of the Moskowitz rally with its civil rights discourse and all white leaders. 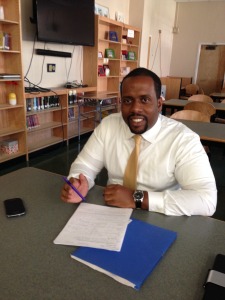 José is supposed to be grading; he confesses that time management is a major challenge of returning to the classroom from his administrative role. But I’ve found my way to a topic that he can’t resist. He lives in Harlem, and all of the major charter chains operate outposts within blocks of his house. *Democracy Prep, Harlem Children’s Zone, KIPP, Success Academy—they’re all there,* he tells me, noting that he worries about the pedagogy and the relentless emphasis on discipline. *Success Academy is in a school named for Sojourner Truth, but would Sojourner Truth call this kind of education emancipation and liberation? Or would she say that the students are slaves and just don’t know it?*

Before I leave, I put to José the same question I’ve been asking NYC teachers all week: do things feel better now that Carmen Farina is the NYC Schools Chancellor? With a decade behind him, Vilson has lived through Joel Klein, 99 days of Cathie Black, Dennis Walcott. His answer, which echoes what most of the teachers told me, might best be summed up as *ish.* Farina brings a different philosophy, a different style, neither of which has yet translated into concrete policy changes. *It’s still going to take 11 years to figure out whether a teacher is good or not based on test scores,* José tells me. Still, he feels hopeful. His website, where he blogs about teaching and leading, long blocked by the school district, recently became accessible again. *I’m taking it as a sign that more good things are going to happen.* I hope he’s right.