Our School: Searching for Community in the Era of Choice

I’m writing a new book about a year in the life of two DC elementary schools — one public, one charter. It’s going to be about the state of school choice and, by extension, the state of public education as it is, and as it ought to be.

Most of what I write won’t be made public until the book comes out in the fall of 2013. But I want to share a draft of the introduction in the hope of receiving some useful real-time feedback. If you’re willing, please post a comment telling me: a) what you like and dislike, b) what you want to learn more about, and c) what a book like this absolutely must (and must not) include.

Unlike the others, who set off in teams to look for the twigs, branches, and leaves they would weave together to capture the essence of their school, Kristin Scotchmer searched the ground around her, alone.

It was unlike her – the person most responsible for bringing this group together in the first place to launch the Mundo Verde Bilingual Public Charter School from scratch, and the person most committed to doing so democratically. But now it was June, and the inaugural year was over, and the staff of twenty-one women and two men was completing its last shared activity before the start of the summer, when the size of their team would double, when they would pack up all the records and wires and playthings and poster boards and move to a new building across town, and when the glow of what had just been accomplished would start to fade in exchange for a renewed anxiety of all the new challenges to be overcome.

Kristin leaned down and grabbed a branch, thin and moldable. The spot of Rock Creek Park she was in was right next to the spot she’d gone running all year to maintain her sense of balance – the only time of the week when no one could demand anything of her, and there was no problem to solve.

Teams of teachers returned to the main clearing by the creek. Molly Howard came back speaking with her usual energy and excitement about what she’d found and what the group should do. Berenice Pernalete and Laura Rainey chatted away in Spanish, their minds already on their summer adventure in Madrid, just days away. And Dahlia Aguilar was already steeling herself to be one of the ones to get in the water, because that’s what her dad would have expected of his Dolly.

Before walking to the park from the school, which would soon become just another floor in a downtown office building, Romey Pittman showed everyone picture books of the artwork of Andy Goldsworthy. Each page held images of evanescent sculptures Goldsworthy had made with only the materials nature provided: Circles of reconstituted icicles. Potholes along a stream filled with bright yellow dandelions. Lines of white wool along a dark stone fence.

The group decided their own sculpture would be a circle of branches, to reflect the spirit of the Oglala Lakota poem Dahlia had shared with them:

In the Circle, we are all equal. When in the circle,

No one is in front of you. No one is behind you.

No one is above you. No one is below you.

Some bent stacks of sticks into shape, while others wove together the many gradients of green – grass, leaves, brush – into a long, crooked line that would, they decided, form a path to lay across the center of the circle. It was always the same, Romey thought as she watched these young people work, remembering the first cabin she and her husband had built, and then lost to a fire the night they moved in: you gather your materials, you consult your plans, you make your final decisions, and then you build the house.

The Bancroft Elementary School parade began in a small park at the confluence of five city streets and three city neighborhoods, and in the shadow of three separate church spires. For months the weather had been cooler than usual, but by a mid-morning in June it was still hot enough to keep most of the adults huddled under the shade of the park’s aging oak trees, each group chatting casually in a different mother tongue: Vietnamese, Spanish, Amharic, English. A police car idled at the base of the street that bore the name of the neighborhood it served – Mount Pleasant – and waited for the parade to begin.

As teachers orchestrated the final arrangements – cheerleaders up front, drum and bugle corps to follow, and flag bearers representing every nation in the community picking up the rear – nine-year-old Lourdes adjusted the yellow “Nuestra Escuela” t-shirt across her sleight shoulders and grabbed hold of the large, wide Bancroft banner with three other students. As they walked to the front of the line, past a sea of family members holding cameras and camcorders, Lourdes knew not to look for a familiar face. She wouldn’t see her dad until she boarded the plane to spend the summer with him in Texas, and she had learned long ago it was best not to think about where Mami might be at any given moment. She watched the spinning lights at the top of the police car and imagined the parade was already over so she could be back on the soccer field blazing down the sideline, past all the boys, to score another goal and remind everyone how strong she really was.

The police car started crawling up the street, and the cheerleaders began their rhythmic chant: BAN-CROFT! The last remaining students and adults emerged from the shade of the trees to fall in line, while a phalanx of mothers with younger children formed an impromptu stroller brigade at the back.

Lourdes watched the people gathering in interest as the parade progressed down the street. Three heads poked out of a window above the 24-hour Laundromat. A man with a lathered face got out of his chair to stand on the top step of the Pan American barbershop.  An elderly woman sipped coffee from a mug on the porch of her aging Victorian, while younger children – future Bancroft students – weaved their tricycles in between the foot traffic of the sidewalk.

As they reached the midway point of the street, Lourdes could see the white canopies of the neighborhood farmer’s market – just past the Best World supermarket on one side of the street, and the blackened facade of the burned-out apartment building on the other. Like everyone else, Lourdes had friends that had lived there and been displaced, the letters of the sign they hung in the first weeks after the tragedy starting to fade in the summer sun: HELP ME RETURN TO OUR HOME.

Two blocks away, Bancroft’s principal, Zakiya Reid, was preparing the back of the school for the parade’s arrival. Parent volunteers set up the barbeque pit and sorted the hamburgers, hot dogs, and churros for quick cooking. Another group set up the moon bounce just beyond the dunking booth – her students always loved the chance to drop their principal into a tank of cold water.

Ms. Reid listened for the sound of the drums.

The year had not gone the way she had hoped – far from it, really. She’d endured two different parent insurrections. She’d struggled to gain support from her staff for a new style of classroom teaching. And she had just learned that two of her best in that new style, “the Two Rebeccas,” would not be returning. Yet there were days like this that always seemed to come along at just the right time to remind her why she became an educator – days when a neighborhood’s children and families would come together and remind each other that they were participating in the same dream: to unite all the children of a single community under a single roof in order to give them all an equal shot at success.

Imagine a year in the life of two different communities – a public charter school that was opening its doors for the very first time, and a neighborhood public school that first opened its doors in 1924.

In the fall of 2011, I embarked on a yearlong observation of these two schools, and of the city they exist to serve: Washington, DC.

Like other major American cities, the nation’s capital is experimenting with a new concept that is dramatically reshaping public education – school choice. In the past, choosing whether to “pay or stay” was something only the wealthy could do; the rest of us merely sent our kids to the local school and hoped for the best. Now, however, in cities like DC, lower- and middle-class parents are also considering a wider set of options – and confronting a wider array of obstacles. Although less than 3% of America’s schoolchildren attend charter schools – public institutions with greater freedom to pilot different approaches to teaching, learning and governance – 41% of DC’s students are enrolled in such schools, including brand-new ones like Mundo Verde. At the same time, many of the city’s most promising traditional public schools are receiving an increasing number of applications from families that live outside its neighborhood boundaries. In the 2011-2012 school year, for example, nearly half of Bancroft’s students lived outside the school’s attendance zone.

Consequently, although the majority of children in rural and suburban America still attend their neighborhood school, fewer and fewer urban families are doing so, opting instead to enter the chaotic and nascent marketplace of school choice, and participating in a great intra-city migration of families, each in search of a school and a community they can claim as their own.

This move toward greater school choice is particularly vital – and potentially dangerous – when one considers that public education is the only institution in American society that is guaranteed to reach 90% of every new generation, that is governed by public authority, and that was founded with the explicit mission of preparing young people to be thoughtful and active participants in a democratic society.

In this new frontier, will the wider array of school options help parents and educators identify better strategies for helping all children learn – strategies that can then be shared for the benefit of all schools? Or will the high stakes of the marketplace lead us to guard our best practices, undermine our colleagues, and privatize this most public of institutions?

I have written Our School because I believe that before we can answer these questions, we must first understand what good teaching and learning really looks like – and requires. And we must become familiar with the state of the field as it is – and as it ought to be. The specific landscape of school choice may be new, but the general challenge is as old as the country itself: E Pluribus Unum – out of many, one. 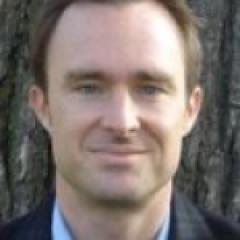