Pearson Comes to Teacher Education, and We are Supposed to be Cool with That?

When I am not spitting mad at the calls for some kind of high stakes assessment for teacher education, I am flabbergasted and frightened. How can it be that at the same time that we are experiencing the full destructive impact on k12 education of the accountability regime, its high stakes testing, surveillance and privatization, we accept calls to bring high stakes, high surveillance measures to teacher education?

The arguments proffered for some kind of bar exam, and those used to explain the imposition of the Pearson edTPA on teacher education, seem to center around some need to establish teachers’ professional status and to cull the worst from the bunch (“the illiterate and itinerant” as Diane Ravitch wrote in her response to a post on her blog).  As a teacher educator, I can feel the disrespect in these ideas as much as I could feel it as a high school English teacher when the conversation turned to what a bad job teachers are doing. However, whereas we have learned to see the manipulation and distraction that is the attack on teachers, we seem ready to consider  ‘Jeez, maybe this time they have a point’ when it comes to teacher education. At best, we are once again using the profoundly unsuccessful ‘place at the table’ argument to forestall the attack on teacher education. I will address these arguments in another post, but first –

While the bar exam is still in the floating the idea stage (a critical stage in that it begins to direct conversations in one direction), the edTPA is already on us. From it we can learn some of the dangers that those suggesting a bar exam are underplaying and/or ignoring.  For starters, let’s talk about Pearson, which has the contract to distribute and score the edTPA nationally.

Now, the purveyors of the edTPA, the marketers who criss-crossed the country last summer and fall selling this product to state departments of education and teacher educators*, want us to believe that Pearson’s involvement is a not a problem. The message is—and these people stay on message—Pearson did not develop the assessment, but they are necessary to allow a national scale up.  It seems to me these edTPA salespeople miss at least two points. One, what’s with the scale up? What’s with one national assessment of teacher education for everyone? What’s with calibrated scorers of something as nuanced and complex as teaching?  Why not scale down? Why not more resources for more educators to have time and support to engage the complex human process of becoming a teacher? Who decided that we needed this, and that we needed it so badly that we had to invite a monster into our home?

That brings us to two, the monster that is Pearson. The thing about the Pearson monster is that not only is it, hydra-like, many headed with its teeth in curriculum, testing, biometrics, teacher evaluation, on-line education, common core, professional development, and all of the political lobbying and funding necessary to get access to the contracts that buy these products- a monster with a “virtual monopoly grip on public education” but it is itself a part of an even larger monster with even more heads: the corporate push to commodify and privatize not only public education, but the commons.

We need only stop and see where we are and what is happening to know that Pearson’s involvement is in and of itself reason to refuse the edTPA.  In New York State, after Commissioner King announced that the Pearson edTPA would be required of student teachers in spring 2014, a policy change was made to require schools and districts to allow video of classrooms to be sent to a third party as part of educator certification. This effectively shuts out the voice of administrators and teachers in deciding whether or not video from classrooms will go to Pearson. Teacher education faculty, who will be assigning the edTPA, are required to sign a non-disclosure agreement in order to access the product. Yes, the product. The ‘product’ because the demand for a non-disclosure agreement tells us that this instrument has nothing to do with academic freedom, with scholarship and intellectual engagement, and everything to do with protecting ownership rights of a corporation whose interest is profit. So, with Pearson and the edTPA comes loss of privacy, control of decisions by external authorities, and restrictions of academic freedom.  Teaching and learning are commodified. The free exchange of ideas is limited by the demands of capital. The work of the public intellectual who is the teacher educator is reduced to technocratic piecework.

Still the purveyors of this product and their friends want us to believe that ‘this time’ there is nothing to be afraid of about Pearson. I sometimes feel like I am at a party in a slasher movie. Most everyone at the party knows that there is a murderer who has been tormenting the town and we are edgy and cautious. Then one of the popular girls from town shows up with her cousin, who just happened to move to the town at the same time the murders started. I have a really bad feeling about that cousin, and investigate to learn he has a sketchy past, but the popular girl keeps telling us how she knows him and even though he has a sketchy past we don’t have to worry, because …not sure what the because is, she gets kind of vague but we are supposed to be reassured because we like her.  I cannot tell if the other people at the party know something is up and are too scared to say anything, are distracted by trying to figure out what happened to the people missing from the party—the disappeared public schools and teachers if you will—or buying the story of the popular girl. I just know that unless I say something about what I see, we are all dead.

The edTPA is the beginning of the end for teacher education. I see it. I say it. Let’s organize.

* You can email me for the ‘usage plan’ used by the salespeople from Stanford, AACTE and Pearson. I cannot find them on line any longer except through restricted access portals. But I have a pdf I had retrieved previously. 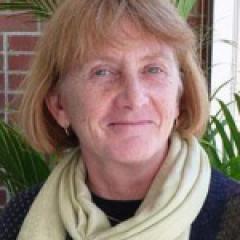 Barbara Madeloni was the director of the secondary-teacher education program at UMass. Her contract wasn't renewed after she spoke out against the Pearson teacher...
Author Profile
Quick Search
Sign up for NEPC Emails