For 43 years, schoolkids and their parents have clipped the labels from cookie bags and cracker boxes as part of a popular rewards program called Labels for Education.

Through this and similar programs — think Tyson’s Project A+ or General Mills’ Box Tops for Education — schools get cash and supplies in exchange for clipped labels from participating food items.

But these programs, most of which are wildly popular at U.S. schools, may have major downsides for students. Critics say they are designed to sell junk food to children too young to make good health decisions.

Just this month, as Labels for Education wound down — a result of declining participation, said its parent company, Campbell’s — public health advocates cheered the end of a program widely beloved by teachers, schools and parents. The program included snack foods, such as cookies and crackers, that many health advocates say should be discouraged.

“It’s just another form of junk-food marketing to kids,” said Colin Schwartz, a senior nutrition policy associate at the Center for Science in the Public Interest, one of several groups that has celebrated the demise of Labels for Education. “We’re glad to see Campbell’s ending its program, and we’re calling on other companies to take the same step.”

Besides Campbell’s, two other companies dominate school rewards: General Mills and, to a far lesser extent, Tyson. Each company awards schools a set amount of money — roughly 5 to 38 cents — for each product purchase code or label collected from participating products.

Those products carry a distinctive logo on the front of the box or bag. Schools publicize that logo to parents via conferences and meetings, as well as through materials sent home with their kids.

Many schools also promote rewards programs directly to students, holding contests and constructing bulletin boards to encourage them to bring more labels in. Once the labels are collected, schools exchange them for cash or supplies, ranging from pencils and markers to playground equipment.

The average payout is modest — $750 per school per year, in the case of General Mills — but that can go a long way at some schools, program participants say.

“We’re a small school, and these programs are a big help,” said Kia Strickling, the president of the school’s parent-teacher association. “The alternative is teachers buying basic supplies out of their own pockets.”

Critics don’t object to schools getting much-needed funds. But they do protest the nutritional quality of the foods in rewards programs and schools' role in promoting them, which potentially undermines nutrition education and could boost kids’ lifelong taste for unhealthy foods.

Campbell’s, which also owns brands such as SpaghettiOs and Pepperidge Farm, has slapped the Labels for Education logo on frozen desserts and queso dip. Tyson’s Project A+ includes salty chicken nuggets.

When it comes to Box Tops, by far the most popular of the programs, a recent study by researchers at Harvard University's Chan School of Public Health and MassGeneral Hospital for Children found that two-thirds of the products bearing the Box Tops label do not meet federal nutrition requirements for sale in schools.

“The vast majority of these products can't be sold in schools, so they shouldn't be advertised in schools,” Schwartz said.

Food companies point out that their rewards labels appear on healthier foods, too, such as vegetable soups and juices, in the case of Campbell’s, or yogurt and Cheerios, in the case of General Mills.

And they argue that, even if the labels sometimes appear on unhealthy foods, the program is designed to appeal to the parents making shopping decisions, not their school-age children. All three companies have strict policies on marketing to kids.

“The [Labels for Education] program’s marketing is directed to adult coordinators and parents, not to kids,” Campbell’s said in a statement.

“Box Tops for Education is NOT a brand marketing program,” echoed General Mills spokeswoman Mollie Wulff in an email. “It is a fundraising program for parents and a way for General Mills to support local communities and schools.”

But for critics, this is another point of contention: Children are often highly involved in rewards programs, they say, and schools often advertise the programs directly to them.

At Strickling’s school in Akron, the PTA holds contests to see which classroom can collect the most labels and awards a pizza party to the winner.

That type of in-school promotion can cause children to develop positive associations with both the labels and the products they appear on, said Jennifer Harris, a researcher at the Rudd Center for Food Policy and Obesity at the University of Connecticut. Those associations can be difficult to overwrite once they are established.

“There’s a reason companies want to get kids when they’re really young,” said Harris. “When aimed at children, whose minds are still developing, marketing can create lifelong preferences and habits that contribute to obesity and other conditions.”

Critics have proposed excluding from the rewards programs any product that doesn’t meet the Department of Agriculture’s minimum nutrition guidelines for in-school sales. Schools could also work harder to cut students out of rewards programs by promoting them directly, and only, to parents, critics said.

Many public health advocates would like to see schools withdraw from these programs entirely. But that is unlikely, said Faith Boninger, a researcher at the University of Colorado’s National Education Policy Center, because many schools have grown accustomed to the payouts to supplement decreased public funds. With the exception of Campbell’s Labels for Education, rewards programs remain highly popular.

“There are no good solutions for schools,” said Boninger, who opposes the programs. “Schools don’t have the money they need, which is why they resort to these food company handouts.”

At the Glover school in Akron, Strickling says she thinks “good solutions” are indeed running out. Funding has dwindled for art and gym classes at the school, she said, a result of districtwide budget cuts.

The end of Labels for Education was a blow. Now Strickling is doubling down on General Mills’ Box Tops for Education, with a wary eye on the public health advocates calling for the program to end.

“I really disagree with that,” she said. “Parents have to choose healthy snacks. If I buy Froot Loops when Nature Valley has the label — you can’t blame the school or the company for that.” 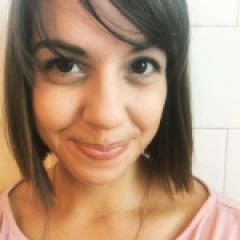 Caitlin Dewey is a reporter for the Washington Post.
Author Profile
Quick Search
Sign up for NEPC Emails