One of the issues that was hanging over the Los Angeles teacher strike is the idea of portfolio management; the UTLA asserts that Superintendent Austin Beutner already has a plan prepared for converting the LAUSD to a multi-portfolio model. In Denver, the model has already been rolled out, to less than stellar result. It's a challenging issue to discuss because so few people understand exactly how a portfolio model is supposed to work.

So here, with issues over-simplified and corners cut, is your dummies' guide to portfolio management. 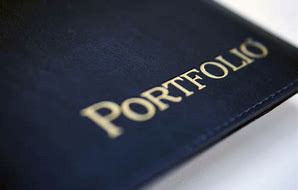 The first thing to understand about the portfolio model is that nobody anywhere knows exactly what a portfolio model is. Back in 2010,  it took three writers at Education Week (Jeffrey R. Henig, Katrina E. Bulkley, & Henry M. Levin) to come up with this pretty good explanation:

The strategy is, rather, a loosely coupled conglomeration of ideas held together by the metaphor of a well-managed stock portfolio and its proponents’ unshakable belief that the first step for successful reform must be to dismantle the bureaucratic and political institutions that have built up around the status quo.

That's the second thing to know--that "portfolio" here is based on the idea of an investment portfolio (Austin Beutner, for what it's worth, made his bundle in investment banking). With an financial portfolio, you move your money in and out of various investments depending on how they're performing and what your goals are. With a school portfolio, you move your resources in and out of schools--all schools including public and charter--based on how those schools are performing.

There are ideas here that are implied but not always said out loud by portfolio fans. A big one is the notion that all of the old educational bureaucracy will be obliterated. Each school is run by a high-powered CEO who answers to the high-powered super-CEO (or super-CEO board) who runs the whole portfolio. This means removing as many rules as possible and, ideally, union protections for teachers. These hero CEOs would be able to do as they see fit without having to deal with regulations and bureaucracy and elected school board members.

Another idea is that public schools and charter schools are gathered in the same portfolio, so that charters have easy access to the same pile of public tax dollars that public schools do. Portfolio models favor the common enrollment system, a one-stop shop that has the effect of turning all students in the system into potential charter customers.

Even less openly discussed is that portfolio models are privatization writ large. In places like Indianapolis, the portfolio model has been pushed and overseen by a group of "civic-minded" private operators. The Mind Trust of Indianapolis flexed its political and financial muscle and elbowed its way into "partnership" with the public school system, pushing for the expansion of charters in a manner perhaps calculated to destabilize the public schools and create financial peril for low-scoring schools. There is a certain gutsy aggressiveness to how portfolio models are established. Step One: Bob sets up a snack vending stand in the lobby of a local restaurant. Step Two: When the owner complains about how Bob is draining business, Bob smiles and says, "Look, let's just become partners under one brand. And I just happen to know a guy who would be great to run it."

In other words, another way to understand the portfolio model is as a forced merger between public and charter schools, with the charter school management model used to run the new entity. With a good helping of "firing your way to excellence" on an institutional scale.

A variety of wrinkles can be added. Beutner's idea for L.A. involves thirty-two separate "portfolios" that would compete against each other for resources. The results of such competition are easy to predict--the rich get richer and the poor get poorer.

The problems with the portfolio model are numerous.

Central to the model is the ability to measure success in schools, so that the least "successful" can be closed and their resources redistributed, their operation replaced by some hot new edupreneur. The problem is that here in 2019 we still have no reliable valid means of measuring school success, still defining it most commonly as scores on a single standardized math and reading test. Trying to fudge that evaluation gap gives schools powerful motivation to cream the best students and push out the rest (just one of the problems to emerge in New Orleans, another supposed example of portfolio awesomeness). The result is a school choice system that is really a system in which the schools choose their students, and low-performing students who struggle get no choice at all. And there is no place for parents to voice that concern, because in sweeping the bureaucracy away, the portfolio model also sweeps away local voice.

At its heart, the portfolio model is about the school czar being able to move resources in and out of the best and worst schools, like dollars shuffling between stock portfolios. But dollars don't care where they're invested. Students, on the other hand, do not benefit from a system in which they are shuffled around like poker chips on a tilted table. Within its discussion of portfolio strategy, CRPE writes "Portfolio cities make sure there are good schools in every neighborhood." But cities and states could do that now, by simply investing fully in the public school system, fulfilling the promise that every child in this country should be able to attend a great school without leaving her community.