The Answer Sheet: The Problem with the Growing Effort to ‘Disrupt’ Teacher Preparation in the United States One of the most contentious areas of school reform in recent years has been how best to educate students to be effective teachers. Traditional schools of education have come under attack — in some cases for good reason and in some cases not. Independent alternative programs have become popular, sometimes without evidence that they work.

In this post, Kenneth Zeichner, a professor of teacher education at the University of Washington at Seattle, writes about why today’s criticisms of traditional programs to train teachers are different from the past and why he is concerned about the growing effort to “disrupt” the teacher education system in the United States. This piece was taken from a policy brief he wrote, titled “Independent Teacher Education Programs: Apocryphal Claims, Illusory Evidence,” that was published by the National Education Policy Center housed at the University of Colorado Boulder and is available here.

Teacher education provided by U.S. colleges and universities has been routinely criticized since its inception in the early nineteenth century, sometimes deservedly. These programs, like non-university programs, are uneven in quality and can be improved. What makes today’s criticisms different is an aggressive effort by advocacy groups, and self-proclaimed educational entrepreneurs to deregulate the preparation of teachers, and to expand independent, alternative routes into teaching.

This effort to “disrupt” the field of teacher preparation in the United States has gained considerable momentum and legitimacy, with venture capitalists, philanthropy, and the U.S. Department of Education all providing sponsorship and substantial funding.

The strength of this effort is that the United States may quickly seek to dismantle its university system and replace much of it with independent, private programs. The resulting system of teacher preparation may differ dramatically in its governance, structure, content, and processes moving away from its current location alongside legal, medical, and other professional preparation that pairs academic degrees with professional training.

Throughout the nation, states are reporting teacher shortages in particular subject areas and geographical locations, and several states have either passed legislation to lower the standards for becoming a teacher or, like the state of Washington, illustrated in the quote above, have looked toward expanding the number of teacher education providers to try to fill teaching vacancies. The federal government has contributed to the push to lower standards for becoming a teacher with the Teacher Preparation Academy provision in the new K-12 education law, the Every Student Succeeds Act, which encourages states to expand the number of independent programs not associated with colleges and universities.

Because of increasing tuition rates, a consequence in part, of cuts in funding to public universities that continue to educate most U.S. teachers, enrollments in college and university teacher education programs have declined in many parts of the country. Independent teacher education programs are being viewed by some as an important part of the solution in staffing the nation’s classrooms and addressing our serious and enduring problems in education inequities. Additionally, advocacy groups, philanthropists, and so-called education entrepreneurs are working aggressively to expand these independent alternative routes into teaching.

Given the seriousness of the teacher shortage problem in the United States and the substantial media attention that has been given to independent teacher education programs as the solution to teacher shortages and education inequities, policy makers should very carefully examine the evidence that exists about the nature and impact of these relatively new programs that are rapidly expanding while university teacher education enrollments decline.

This examination is particularly critical because, to date, independent teacher education programs have focused almost exclusively on preparing teachers to teach students living in communities highly impacted by poverty, not on public school teachers in economically advantaged communities. Their entry into the field raises important questions not only about effectiveness, but also about equity.

In order to examine the question of the quality of independent teacher education programs, the existing evidence related to five of the most prominent of these programs was examined: the High Tech High Internship, iTeach, Match Teacher Residency, Relay Graduate School of Education, and TEACH-NOW. These independent programs are not associated with a college or university, and they conduct their own preparation of teachers. Excluded from the analysis are alternative programs such as Teach For America, which outsource much of their preparation to colleges, universities or to other independent programs.

Two kinds of evidence were included in the analysis: (a) findings from peer-reviewed syntheses of research on alternative pathways into teaching, and (b) research and internal evaluations of the five programs. The findings indicate that while many advocates of these programs have asserted that they are bold, innovative, successful in accomplishing their goals, and the future of teacher education in the United States, such claims are not substantiated by independent, vetted research and program evaluations.

Thus, the promotion and expansion of these independent teacher education programs rests not on evidence, but largely on ideology. The lack of credible evidence supporting these claims of success is particularly problematic given the current emphasis on evidence-based policy and practice in federal policy and professional standards.

The five independent programs are diverse with regard to their goals and methods. Two of the programs, Match Teacher Residency and the Relay Graduate School of Education, use teaching and management practices to train teachers that are based on a restricted definition of teaching and learning and focus primarily on raising student test scores. High Tech High Internship has a broader goal of preparing teachers to create democratic classrooms and to engage students in project-based learning.

Students in more economically advantaged areas have greater access to professionally trained teachers, less punitive and controlling management practices, and broader and richer curricula and teaching practices. The continued expansion of these programs denies more and more students living in poverty to opportunities for interacting with knowledge in authentic and meaningful ways that are available to more economically advantaged students.

Based on the analysis, four recommendations are made to state and federal policymakers:

The full policy brief published by the National Education Policy Center housed at the University of Colorado Boulder and can be accessed at: http://nepc.colorado.edu/publication/teacher-education. 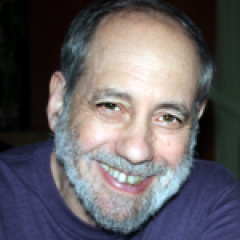 Ken Zeichner is the Boeing Professor of Teacher Education at the University of Washington-Seattle and Professor Emeritus in the Department of Curriculum &amp; Ins...
Author Profile
Quick Search
Sign up for NEPC Emails