Our guest author today is Natalie Wexler, an educational journalist who is a senior contributor to forbes.com and whose work has appeared in The New York Times, The Atlantic, The Washington Post, and other publications. This article is excerpted, with permission, from THE KNOWLEDGE GAP: The Hidden Cost of America’s Broken Education System—And How To Fix It.

In 1987, two researchers in Wisconsin, Donna Recht and Lauren Leslie, constructed a miniature baseball field and installed it in an empty classroom in a junior high school. They peopled it with four-inch wooden baseball players arranged to simulate the beginning of a game. Then they brought in sixty-four seventh- and eighth-grade students who had been tested both for their general reading ability and their knowledge of baseball.

The goal was to determine to what extent a child’s ability to understand a text depended on her prior knowledge of the topic. Recht and Leslie chose baseball because they figured lots of kids in junior high school who weren’t great readers nevertheless knew a fair amount about the subject. Each student was asked to read a text describing half an inning of a fictional baseball game and move the wooden figures around the board to reenact the action described.

Churniak swings and hits a slow bouncing ball towards the shortstop, the passage began. Haley comes in, fields it, and throws to first, but too late. Churniak is on first with a single, Johnson stayed on third. The next batter is Whitcomb, the Cougars’ left-fielder.

In another study, researchers read preschoolers from mixed socioeconomic backgrounds a book about birds, a subject that they had determined the higher income kids already knew more about. When they tested comprehension, the wealthier children did significantly better. But then they read a story about a subject neither group knew anything about made up animals called wugs. When prior knowledge was equalized, comprehension was essentially the same. In other words, the gap in comprehension wasn’t a gap in skills. It was a gap in knowledge.

The implication is clear: abstract “reading ability” is largely a mirage constructed by reading tests. A student’s ability to comprehend a text will vary depending on his familiarity with the subject; no degree of “skill” will help if he lacks the knowledge to understand it. While instruction in the early grades has focused on “learning to read” rather than “reading to learn,” educators have overlooked the fact that part of “learning to read” is acquiring knowledge.

Research has established that one aspect of reading does need to be taught and practiced as a set of skills, much like math: decoding, the part that involves matching sounds to letters. The problem is that the other aspect of reading--comprehension—is also being taught that way. While there’s plenty of evidence that some instruction in some comprehension strategies can be helpful for some students, there’s no reason to believe it can turn struggling readers into accomplished ones.

That’s particularly true when it comes to nonfiction, which generally assumes more specialized background knowledge. To acquire the knowledge and vocabulary that will help them understand nonfiction, children need to do more than read a single book on a topic before skipping to another one while practicing how to identify text features or determine text structure. They need to stick with a topic for days or weeks, encountering the same vocabulary and concepts repeatedly so they will stick. Knowing how to identify a caption in a book about sea mammals is unlikely to help them understand a book about the solar system or the Civil War...

The bottom line is that the test-score gap is, at its heart, a knowledge gap. The theory behind skills-focused instruction is that if students read enough, diligently practicing their skills, they will gradually advance from one level to the next, and their test scores will improve. But there is little evidence to support that theory. Often, difficulties begin to emerge in fourth grade when children are confronted with nonfiction texts that use more sophisticated vocabulary. At high-poverty schools, it’s not unusual to find eleventh- and twelfth-graders reading at fifth- or sixth-grade levels. In many cases, they continue to be assigned texts at their individual levels rather than at the levels expected for their grade—the levels that most of their more affluent peers have reached.

Our education system is facing unprecedented challenges. Throughout much of the twentieth century, high schools, with their academic and vocational tracts, were designed to sort students into career paths that were thought to be largely predetermined by socioeconomic circumstances and native intelligence. That view of education began to change in the 1960s, thanks to the War on Poverty and the civil rights movement. But even then it was possible to get a decent paying, secure job with only a high school diploma. That’s no longer the case. The  economy is demanding workers with sophisticated skills and knowledge, and schools are expected to ensure that even kids from the least-educated families have a fighting chance to acquire a college degree.

At the same time, a substantial minority of American students are low-income. And because of socioeconomic segregation, many schools have student bodies drawn almost entirely from poor families. Students who are still learning English, 10 percent of the school-age population, are its fastest-growing segment. Given the education system’s dismal record with students who face the greatest disadvantages, the challenge of equipping them to meet the demands of modern society may seem impossible to meet. But it’s not...

There is much we can do. States or school districts—or charter networks, or even individual schools—can adopt curricula that provide students with a body of knowledge about the world, beginning at the earliest grade levels. They will also need to convince many teachers and administrators that focusing on knowledge is worthwhile; schools of education in this country and some others have long trained teachers to reject that idea as unnecessary and stultifying. Why engage in the boring exercise of memorizing facts when you can just look them up? Students will only end up regurgitating facts they don’t understand. Far better to focus on skills like critical thinking—and reading comprehension.

But skipping the step of building knowledge doesn’t work. The ability to think critically—like the ability to understand what you read—can’t be taught directly and in the abstract. It’s inextricably linked to how much knowledge you have about the situation at hand. And critical thinking is vital not only for a student’s individual success but also for the future of democracy.

Reprinted from THE KNOWLEDGE GAP: The hidden cause of America's broken education system--and how to fix it by arrangement with Avery, a member of Penguin Group (USA) LLC, A Penguin Random House Company. Copyright © 2019, Natalie Wexler. 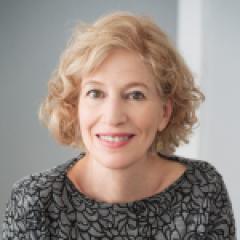 Natalie Wexler is an educational journalist who is a senior contributor to forbes.com and whose work has appeared in The New York Times, The Atlantic, The Washing...
Author Profile
Quick Search
Sign up for NEPC Emails