Living in Dialogue: Race and Power in the Classroom: A Student’s Reflection

For those who may not know me, my name is Israel Muñoz. I am a first-generation Mexican-American studying Mathematics-Economics and International Political Economy at Fordham University in New York. I am also one of the founders of the Chicago Students Union – a student-led grassroots organization that focuses on education activism. The organization was formed during the 2012-2013 school year when I was a senior at Kelly High School. We held several demonstrations against standardized testing, unequal funding and budget cuts, and most notably, the mass school closures of 2013 which disproportionately affected low income students of color.

Those who follow developments on education know that students of color generally have a much different experience in education than their white counterparts. Though I could focus on things like unequal funding, unequal access to resources, culturally irrelevant curricula, the school-to-prison pipeline, and so forth, I’d like to focus on an aspect of education that is often far less visible to teachers, but practically integral to the experiences of students of color in the classroom. I’m referring to the dynamics that emerge as a result of race and hierarchy in the classroom.

I was raised in the southwest-side of Chicago, and attended under-resourced public schools. My neighborhood was highly-segregated, roughly 90% Hispanic, and perhaps 8% Asian – both groups being mostly immigrants or first-generation Americans – and the remaining 2% were African-American, roughly. However, there was a place where there were a lot of white people in my neighborhood: my elementary school. Because of segregation, those white teachers were the only white people I really had contact with.

As a result of this, and as a result of the way schooling works (unfortunately), I grew up under a strange relationship with white people. Schools were an environment where a white person was always telling me – and other students of color – what to do, what to wear, how to act, how to speak, when to not speak, and so forth. If I got in trouble, it would be a white person that would discipline me. If we walked in the hallway, it was a white teacher that directed us. In retrospect, elementary school was an environment where students of color functioned under a racial hierarchy in which white was in charge, always right, and holding of knowledge, while brown was subversive, wrong, and at the mercy of the white teacher’s knowledge.

At the same time, I also found that this racial hierarchy also existed in society beyond my school. On the occasions when I would go to the mall or drive through the suburbs, I noticed white people were better dressed than me, spoke English better than me, drove better cars than my family’s, had bigger houses than mine, probably had better jobs than my dad, and so on. On movies, TV shows, advertisements, billboards, and everywhere else, the people portrayed were white and wealthier than I. The hierarchy was inescapable, and I (like many other people of color) internalized a sort of inferiority complex. All that was good was associated with whiteness, while all that was inferior and socially marginalized was associated with brownness.

The outside experiences only sharpened the hierarchy in the classroom. School sometimes felt uninviting (not through the fault of my teachers, but through the fault of social constructs), because I couldn’t escape the educational and racial hierarchy. I avoided asking for help, because it would reinforce the idea that I wasn’t smart like white people. I loathed report-card pick-up because my mother couldn’t speak English and communicate with the teacher, making me feel like my family was impotent. I could name countless other experiences, and I have no doubts that this is incredibly common among students of color.

It wasn’t until I started getting involved with activism in education that the racial barrier began to diminish, in a sense. I began to speak with more and more teachers not only at my high school, but also in high schools throughout the city, and eventually throughout the country. But it’s crucial to note that I feel comfortable with them largely because of the fact that many of the great educators I know are conscious of the racial hierarchy as it relates to both the classroom and the broader outside world.

This isn’t to say that teachers who aren’t racially conscious cannot be good educators. Students of color can and will get good test scores and perform well through other measures under the instruction of white teachers. But by perceiving education only through that narrow lens, we would be disregarding so many aspects of a student’s educational experience.

In a perfect world, the color of a person’s skin won’t matter. But until then, we must grasp reality: we live in an uneven world where white people are granted privilege while people of color are limited from the very start (if you don’t believe me, look at the color of people in Congress).

With this in mind, I believe it is in the role of the educator – especially those working in schools where the teachers are white and the students are of color – to recognize that they will always be at the peak of the hierarchy inside the classroom, and with this recognition begin taking the extra steps to deconstruct it by building relationships with students as much as possible. Given the limitations and rigidity of our educational/pedagogical structures, this may be difficult but certainly not impossible: it starts with genuine conversation and building relationships beyond the traditional hierarchy of the classroom.

Israel Muñoz is a student at Fordham University in New York City. 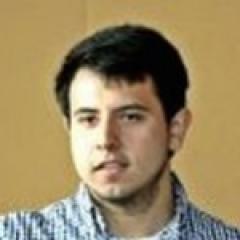 Israel Muñoz is a student at Fordham University in New York City and one of the founders of the Chicago Students union. ...
Author Profile
Quick Search
Sign up for NEPC Emails