You remember the digital divide. The rich kids were going to have all the tech, all the screens, all the widgets, and be plugged into the bestest, fastest internet. Poor kids would be straggling, cut off from the wonders of modern tech and trying to catch up. OMGZ, etc.

The assumption underlying this is one that we've allowed to permeate education-- more tech is always better.

But that assumption has been challenged, and according to a piece by Nellie Bowles in the NYT -- wait (looks again) yeah, okay-- style section, the digital divide is not quite what we were expecting.

It wasn’t long ago that the worry was that rich students would have access to the internet earlier, gaining tech skills and creating a digital divide. Schools ask students to do homework online, while only about two-thirds of people in the U.S. have broadband internet service. But now, as Silicon Valley’s parents increasingly panic over the impact screens have on their children and move toward screen-free lifestyles, worries over a new digital divide are rising. It could happen that the children of poorer and middle-class parents will be raised by screens, while the children of Silicon Valley’s elite will be going back to wooden toys and the luxury of human interaction. 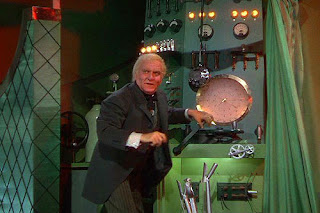 Bowles is overstating her own case here-- what the article says is that wealthy children use the screen less than the non-wealthy (five hours and forty-two minutes compared to eight hours and seven minutes, per day), almost-six screen hours a day is not exactly rolling back to the stone age.

Her broader observation is worth underlining (hence this post), particularly in education, where the rise of competency-based education (or proficiency-based learning or personalized learning-- I wish we'd agree on name for this whole trend) is definitely aimed at 1) more tech for 2) less wealthy schools. We've long worried about the creation of a two-tier education system; it looks increasingly as if one tier difference will be tech. The wealthy will be taught by humans; the less wealthy will be taught by screens.

As Bowles notes, this is already evident in some disturbing places, like the push for on-line pre-K that already is up and running in Utah (UPSTART), soon to expand to other states, even though we know full well that's exactly the wrong direction to go with the littles. In none of those states can we expect wealthy parents to pull their children from the Montessori Pre-K in order to enroll them ins Stare-At-A-Screen Preschool. Meanwhile, Google has worked mighty hard to make itself an indispensable part of school's infrastructure.

I taught at a Google school. Some of their tools have a level of utility that makes them, if not attractive, at least functional. They're the Radio Shack of app suites-- not anyone's first choice for any of their functions, but workable if you don't have better options. Google Docs is fine enough as long as you don't want to do anything else with it except type it and look at it on a screen (printing can be a nightmare). And Google has a frustrating lack of cross-platform shared capabilities; this blog and Classroom are both Google properties, but there are a million things I can do on this blog that Classroom was incapable of doing. And schools rarely read any of the fine print-- the part that says "It's Free!" is generally all many need to see. Parents are correct to be concerned about privacy and to ask the school pointed questions.

This, beyond the slight difference in screen hours, may be the other important digital divide-- the mindful and informed use of the tech.

I've made this point till I'm blue in the ears (way past my face)-- people of a Certain Age who think that Kids These Days know all about that tech stuff are nuts. The average teen knows as much about ed tech as the average driver knows about how a car works. My students, for the most part, knew how to operate their favorite apps-- and that was about it. Most couldn't run a search to save their lives, nor were their navigational skills any better than those of my mom.

“These companies lied to the schools, and they’re lying to the parents,” said Natasha Burgert, a pediatrician in Kansas City. “We’re all getting duped.”

“Our kids, my kids included, we are subjecting them to one of the biggest social experiments we have seen in a long time,” she said.

Is there a danger of over-reacting? Sure. When written language appeared, elders complained about how Kids These Days were losing their memory skills and wasting time staring at those little dots. But I'll worry about over-reacting when there are more signs that people are reacting at all. This is why we hear so much about tech people limiting their own children's screen time-- they live behind the curtain and understand better what's back there. It's not that tech is inherently evil or destructive, but a hammer can be converted from useful tool to a dangerous object if you just start flinging it around without any thought to its proper nature.

You can have my tech when you pry it from my cold, cramped hands, and I have no doubt that the twins and my grandchildren will become screened sooner or later, but not without plenty of discussion about what it is, what it does, and how best to use it (or not). And that will put them on one side of the real digital divide. It's not a matter of who has the tech; it's about who has actually seen the wizard.