The Real Stand for Children

Pop History Quiz: Do you know how children ended up off the factory floor and in classrooms?

From the 1830s until the 1938 passage of the Fair Labor Standards Act, organizations like the Women’s Trade Union League of New York, the New England Association of Farmers, Mechanics and Other Workingmen, the American Federation of Labor and others led the fight to end child labor and institute compulsory schooling laws. (That fight, by the way, continues.)

The reminder seems important now, especially today as Chicago teachers walk picket lines in the largest educator strike in years. For several years, organizations and individuals pushing corporate-driven education policies have repeatedly and cynically argued–directly or otherwise– that unions represent the interests of adults, not children.

But in the real world, beyond the exclusive communities and lofty offices inhabited by the special interest groups pitting families and communities against teachers, the interests of adults and children overlap more often than not. For example, the 19th and 20th Century working men and women who pushed for child labor and mandatory education laws made their point for two overlapping reasons, from their perspectives as working people who were also responsible for children: their concern over competition from smaller, cheaper laborers as well as their concern for the health, safety and well-being of those often-exploited children.

Likewise, as Chicago teachers strike today, they are doing so to promote the shared interests of the entire Chicago community. From the children who stand benefit from smaller classes, more arts programs, libraries, and social workers who can enrich their lives; to the community whose local economy would benefit from more working professionals who can pay for the things businesses sell– as well as the extra child care and other expenses many of those professionals will incur if they work a longer day; to the educators themselves, who stand to win both the fair pay and dignity they’re due for their hard work.

By contrast, the policies pushed by their opponents actually do put the interests of SOME adultsover the interests of children and the broader community alike. Most of these policies– including forced turnarounds, mass teacher firings, state or charter takeovers and more, based on flawed high-stakes tests–  have no track record of success. But they do satisfy a number of the interestsof the elite political and economic class they come from, from expanding their potential profits to quieting calls for them to pay their fair share of the taxes a fully, fairly funded school system requires. It’s quite telling that for the most part, few of the loudest proponents of the current ed policy regime actually subject their own children to these alleged “reforms”. They don’t have to; they can send (or, past-tense, have sent) their children to private schools which don’t have to deal with any of it.

But their rhetoric, falsely but richly cloaked in the language of civil rights, the interests of children, and the empowerment of parents, flies in the face of the reality they have created– and that’s why teachers, with the support of many community members locally, nationally and worldwide– are on strike. As Chicago teacher Xian Barrett put it in his open letter to CPS Superintendent Jean-Claude Brizard,

When you make me cram 30-50 kids in my classroom with no air conditioning so that temperatures hit 96 degrees, that hurts our kids.

When you lock down our schools with metal detectors and arrest brothers for play fighting in the halls, that hurts our kids.

When you take 18-25 days out of the school year for high stakes testing that is not even scientifically applicable for many of our students, that hurts our kids.

When you spend millions on your pet programs, but there’s no money for school level repairs, so the roof leaks on my students at their desks when it rains, that hurts our kids.

When you unilaterally institute a longer school day, insult us by calling it a “full school day” and then provide no implementation support, throwing our schools into chaos, that hurts our kids.

When you support Mayor Emanuel’s TIF program in diverting hundreds of millions of dollars of school funds into to the pockets of wealthy developers like billionaire member of your school board, Penny Pritzker so she can build more hotels, that not only hurts kids, but somebody should be going to jail.

When you close and turnaround schools disrupting thousands of kids’ lives and educations and often plunging them into violence and have no data to support your practice, that hurts our kids.

When you leave thousands of kids in classrooms with no teacher for weeks and months on end due to central office bureaucracy trumping basic needs of students, that not only hurts our kids, it basically ruins the whole idea of why we have a district at all.

Strikes create hardship for all involved, from the picketing employees temporarily out of work, to those who must make other arrangements for the services they normally provide. But they happen for a reason: power concedes nothing without a demand, and sometimes inconvenient mass direct action is the only way to force them to concede what’s necessary to promote the greater good.

That’s why at this moment in time, as in many cases throughout our history, it is the educators and public school advocates standing on the picket lines who can rightly claim they stand for children (and everyone else!)– not the officials who forced them into the streets, or those officials’ allies. 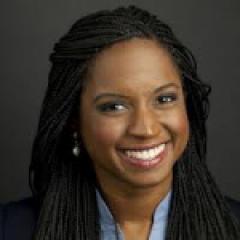 Sabrina Joy Stevens is a teacher, writer, and activist who has worked with students in struggling communities in Philadelphia and Denver. She recently helped to o...
Author Profile
Quick Search
Sign up for NEPC Emails