EduShyster.com: Saved by the Bell Curve (by Sue Altman)

Microsoft has abandoned the practice of ranking employees on a bell curve. But did Bill Gates get the memo? 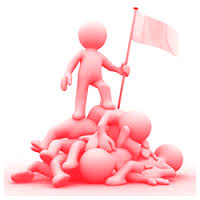 Silly me. I’ve been saying for ages now that we should stop treating our schools like businesses. But after much soul searching, I realize I’ve been wrong all along. I think we can learn a lot from a very American corporation: Microsoft. What caused my sudden realization that the same company that brought us the Zune is ideally suited to get our kids “college and career ready”? The answer can be found right here in a memo that Microsoft’s new executive VP of HR just issued to all employee’s regarding the company’s performance review program.

You see, Microsoft has decided to abandon its hated “stacked ranking” evaluation system that forced managers to grade employees along a curve and was infamous for pitting employees against one other. Instead, Microsoft has a new improved approach to employee evaluation, the key elements of which are:

If we are going to go down the route of treating schools like “businesses”—a ridiculous practice by definition as each business is unique, business cultures are all different, the outcomes are varied, businesses are in different points in their life cycles, etc…—then can we at least use good business practices? 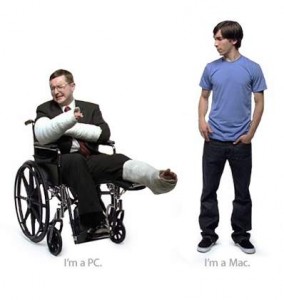 For the last decade, even as Microsoft has floundered, the company stuck strongly to its “stack-ranking” process of employee evaluation. Employees gamed the system, were unhealthily competitive with each other, and were less likely to be collaborative. This resulted in stagnant business development, little creativity and innovation. Meanwhile, Apple and Google destroyed Microsoft in the tech sector. They attracted talented workers, motivated them to be creative and innovative and pushed technology forward, while the Microsoft brand was reduced to a dorky punch line in clever advertising campaigns.

Now, after hiring a new HR person, Microsoft is getting rid of the stack rankings—and good riddance. But thanks in no small part to Microsoft founder Bill Gates, our schools are still ruled by an education reform-mindset that’s informed by the same wrong-headed ideas that Microsoft just rejected.

Ms. Brummel’s memo bears the imprint of a company that has realized it has operated the wrong way for years. These are the words of a new HR person who realizes the American myth about what makes a corporation strong is entirely misguided. Ms. Brummel, to her credit, realized that what Microsoft was doing was terribly out of date, bad policy and creates the kind of results that made the company look embarrassingly clunky and old.

So, kudos to Microsoft for changing. Now if only someone would tell Bill Gates that it’s time to reject these policies for our schools. Our poor students, Bill Gates’ guinea pigs, can’t just change jobs or upgrade to Apple. 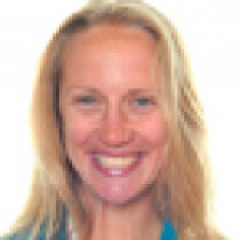 Susan Altman attends Oxford University where she is pursuing a master’s degree in International and Comparative Education and Business Management. She formerly ta...
Author Profile