The current kerfluffle over the Elon Muskification of Twitter marks roughly the eleventy billoionth time that an on-line platform has provoked a bunch of people to say, "That's it. I'm out of here." Every person has their own individual breaking point, that point at which the ethical problems of the service/platform/brand/store in question outweigh the utility you get from using them. 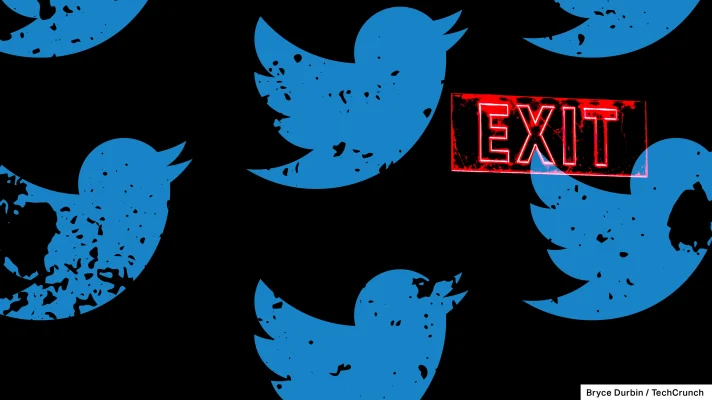 Online businesses are very aware that users (aka "the product") are a fickle lot, and so they have taken many steps to increase the cost of switching to another service.

Mark Zuckerberg didn't give us free, vast cave of photo storage out of the goodness of his heart; he did it because it vastly increases the switching costs of leaving Facebook-- you've either got to leave your entire photo collection behind or spend a vast chunk of time porting it out. When it's time to get a new phone, you probably only look at options that match the Apple v. Android choice you've already made because switching over would just be too much of a mess. Heck, while I've often regretted my choice to use this blogging platform instead of WordPress because the thought of what it would take to switch over gives me a massive headache.

None of this has to be the case. Moving photo files from one storage facility to another should be a piece of cake. There's little practical reason that music files couldn't be compatible across various players, nor any technical explanation for why it takes so many extra steps to move any file out of the Google universe.

But the folks who operate these businesses have deliberately made leaving their fenced in compound difficult, so that you won't. Switching costs make life more difficult for users for the benefit of the business. Switching costs are put in place precisely so that users will be reluctant to vote with their feet.

The version of school choice that's been sold for the last few decades is welded to the idea of free market business, almost as if the main idea was not to provide students with educational choices, but to give the free market access to the educational marketplace. That has a variety of side-effects that I've talked about before, but it also brings with it huge switching costs for students and their families.

The market forces argument ("Well, if the school isn't good, families can just vote with their feet") ignores switching costs entirely. But those costs, particularly in the middle of a school year, are large. The classes that you didn't complete may not be offered in a new school, or may be at a completely different point in their progression (Common Core was supposed to fix that issue, but on that point, the Core was a complete, utter and deserved failure). Vast piles of paperwork need to be completed, application processes navigated, all new schedules with unfamiliar courses to be sorted out. And as every Facebook and Twitter rebel well knows, the additional switching cost of leaving behind friends and familiar faces.

For a voucher-fied switch, add on actual financial costs of switching.

None of that is necessary to create a choicey environment.

Consider my old high school. In my years there, I taught students who went on to work in blue collar trades, attend ivy league schools, become doctors, lawyers, attend trade schools, attend community college, work as professional musicians--okay, just imagine a list with every possible future for students, because we did that. Just about every choice that a student could want to make, we made available.

And they could exercise those choices with virtually no switching costs. Same school, same routine, same friends, different classes (some of them), different educational goals.

It's just not that hard. In her book After the Education Wars, Andrea Gabor talks about some seminal school-within-the-school charters that have been pioneered--again, with minimal switching costs.