It is time, Rucker C. Johnson says, to stop telling myths about the Supreme Court’s historic 1954 ruling in Brown v. Board of Education, in which the justices declared “separate but equal” schools unconstitutional and ordered the integration of public schools.

What myths are being told 65 years after the decision was handed down by the court? For one, that school integration doesn’t work. It does, the economist and professor of public policy at the University of California at Berkeley, explains in this post.

Johnson is the author of the newly published book, “Children of the Dream: Why School Integration Works.” It reveals findings of his research on school integration efforts of the 1970s and 1980s, which he shares below.

Sixty-five is the typical age of retirement in this country, and on this 65th anniversary of Brown v. Board of Education, segregation desperately needs to retire. Retire the myth that we tried integration for a long time. Retire the misconception that it just didn’t work. Retire the fallacy that desegregation is no longer relevant. Today, America’s schoolchildren are more racially and ethnically diverse than ever, yet half attend schools in which more than three-quarters of their peers are of the same race. Indeed, classrooms around the country are as segregated now as they were before Brown.

And we are reaping the long-run consequences of this re-segregation. The surges of racial prejudice, racial intolerance, polarization of political attitudes, and unprecedented economic inequality are a direct product of the inequality of resources across our public schools and their lack of diversity — among teachers and students alike.

Opportunity-rich communities where children thrive in well-funded, highly resourced schools are geographically close to — but socioeconomically worlds apart from — the concentrated poverty schools within the same metropolitan area. It has become far too common to find a school-to-prison pipeline near a school-to-life success one in a neighboring district. These patterns begin early in children’s lives, but our public policy responses to them occur very late.

How did we get here? How has de facto Jim Crow been nurtured back to health?

Policy amnesia. We have forgotten the efficacy of the boldest suite of education policies this country has ever tried: school desegregation, school funding reform and Head Start.

School desegregation and related policies are commonly misperceived as failed social engineering that shuffled children around for many years, with no real benefit. The truth is that significant efforts to integrate schools occurred only for about 15 years, and peaked in 1988. In this period, we witnessed the greatest racial convergence of achievement gaps, educational attainment, earnings and health status.

Using nationally representative longitudinal data spanning more than four decades, I analyze the life outcomes of cohorts tracked from birth to adulthood across several generations, from the children of Brown to Brown’s grandchildren. The slow and uneven pace of desegregation, school funding reforms, and Head Start programs across the country created a natural “policy lab,” that allowed for rigorous, empirical evaluation of integration, school funding and Head Start.

The research findings are clear: African Americans experienced dramatic improvements in educational attainment, earnings and health status — and this improvement that did not come at the expense of whites.

Moreover, the longer students were exposed to integration and strong school funding, the better their outcomes in adulthood. This was true for children of all races. The beneficial effects were found not just for the children who attended desegregated schools, but for their children as well. School integration didn’t fail. The only failure is that we stopped pursuing it and allowed the reign of segregation to return.

Our policy amnesia has resulted in failed school reforms, policies and attitudes that will continue if we don’t take heed. Politicians are fixated on short-run budget deficits, instead of wise public investments that more than pay for themselves in the form of averted crime and health-care costs down the road. (It’s not a coincidence that Massachusetts and New Jersey — states with the highest per-pupil K-12 spending, progressive funding formulas and significant public pre-K investments — are also the states with the lowest per-capita criminal justice expenditures.)

The era of “big data” has caused us to become enamored with focusing narrowly on short-run test scores to measure what our schools produce. All too conveniently, we have forgotten the relevance of the contact hypothesis that posits how childhood exposure to diversity can foster social cohesion and reduce prejudice. I uncover impacts of schools on political attitudes and racial prejudice in adulthood.

Due to the historical heavy reliance on the local property tax base to fund public schools, housing prices have come to represent as much about the price of buying higher chances of upward mobility for one’s children, as the number of bedrooms and square footage of the house itself. School choice, even among public schools, is effectively conditioned by parental wealth and creates economic incentives to segregate.

Extant efforts at solving our educational woes detach health from education, and pre-K from K-12 schooling. We must shift from singular approaches to a three-pronged, integrated solution.

Integration seeks to accomplish the goal of equal opportunity by redistributing schoolchildren, school funding reform by redistributing resources, and Head Start by redistributing the timing of school investments back to the earliest years of cognitive development. These policies each make a difference individually, but together is where the magic happens. The power to break the intergenerational cycle of poverty lies in the synergies between early-life public investments in education and health, and between pre-K and K-12 spending. They enhance one another — e.g., healthier children are better learners. In this way, integration is not only the policy prescription, it is a policy approach.

Thurgood Marshall argued that separate would never be equal. He was right then and he’s still right. Segregation is not only the isolation of schoolchildren from one another; it is the hoarding of opportunity. Opportunity for smaller class sizes, access to high quality teachers supported by higher teacher salaries, teacher diversity, multicultural and college-preparatory curricular access all remain elusive for lower-income and minority children.

True integration has the redemptive power to heal divisions, can serve as an incubator of ideas and exert a gravitational pull to bring people together across racial lines. When we move from desegregation to integration, we move from access to inclusion, from exposure to understanding. As Brown turns 65, we have the opportunity to turn the national shame of segregation into its retirement celebration: our children’s collective future depends on it. 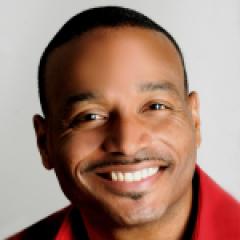 Rucker C. Johnson is an Associate Professor in the Goldman School of Public Policy at the University of California, Berkeley, and faculty research associate at th...
Author Profile
Quick Search
Sign up for NEPC Emails