At best, school vouchers are a failed education policy experiment.

At worst, they’re an attempt to normalize bigotry.

Using taxpayer money to send your child to a private or parochial school has got nothing to do with getting a quality education.

If we look at the facts, using a school voucher to go from a public school to a private one actually hurts kids academically.

Large-scale independent studies in Indiana, Louisiana, Ohio and Washington, D.C., show that students who used vouchers were as negatively impacted as if they had experienced a natural disaster. Their standardized test scores went down as much or more than students during the Covid-19 pandemic or Hurricane Katrina in 2005.

This should come as no surprise. When we give children school vouchers, we’re removing their support systems already in place.

They lose the friends, teachers, and communities where they grew up. It’s like yanking a sapling from out of the ground and transplanting it to another climate with another type of soil which may not be suited to it at all.

Vouchers have nothing to do with helping kids escape struggling public schools.

In the states that have released their data, more than three quarters of families who apply for vouchers for their children already send their kids to private schools. That’s 75% of voucher students in Wisconsin, 80% in Arizona, and 89% in New Hampshire. So these kids didn’t need our tax dollars in the first place.  We’re just paying for services they’re already receiving.

Moreover, the very idea is absurd. If the school where the student is enrolled is struggling, why wouldn’t you simply invest in that school to make it better and fix the underlying problem? Why disrupt children’s educations by moving them to another school in another system that is entirely unproven, itself?

Vouchers have nothing to do with more efficient schools.

Let’s get one thing straight – voucher schools are businesses, often new businesses just opening up. And like any other start-up, the failure rate is extremely high. According to Forbes, 90% of start-ups fail – often within the first few years.

The same is true here. Like charter schools (another privatized education scheme), most voucher schools close in the first few years after they open. In Wisconsin, for example, 41% of voucher-receiving schools have opened and subsequently closed since public funding began in the early 1990s.

Yet when they close, they take our tax dollars with them leaving less funding available to educate all kids in the community.

Public schools, by contrast, are community institutions that usually last (and have been around) for generations. Their goal isn’t profit – it’s providing a quality education.

Lastly, vouchers have nothing to do with freedom or choice.

Unless it’s the choice to be a bigot and indoctrinate your child into your own bigotry.

Vouchers are about exclusion – who gets to attend these PRIVATE schools –and indoctrination – what nonsense they can teach that public schools cannot.

Private schools can and do discriminate against children based on religion, race, gender, sexuality, special needs – you name it – even if those schools take public money.

For example, in Florida, Grace Christian School, a private institution that refuses to enroll LGBTQ kids has received $1.6 million so far in taxpayer funding. In Indiana, more than $16 million has gone to schools banning LGBTQ kids—or even kids with LGBTQ parents! That’s roughly 1 out of every 10 private schools in the state with just this one discriminatory enrollment.

Meanwhile thousands of parochial schools that receive public funding use textbooks provided by The American Christian Education (ACE) group. This includes the A Beka Book and Bob Jones University Press textbooks. A Beka publishers, in particular, reported that about 9,000 schools nationwide purchase their textbooks.

In their pages you’ll find glowing descriptions of the Ku Klux Klan, how the massacre of Native Americans saved many souls, African slaves had really good lives, homosexuals are no better than rapists and child molesters, and progressive attempts at equal rights such as Brown vs. Board of Education were illegal and misguided. You know – all the greatest Trump/MAGA hits!

Call me crazy, but I don’t think that’s a curriculum worthy of taxpayer dollars. I think if you’re going to take public money, you should have to accept all of the public, and you shouldn’t be allowed to teach counterfactual claims and prejudice as if they were fact.

You are free to be as intolerant as you want to be, but do it on your own dime.

If racism, homophobia, classism or xenophobia is your thing, you can jolly well pay for it, yourself.

But biased, partisan and sectarian education isn’t in the interest of the public good.

We should reserve our tax dollars to pay for things in the common interest. Not Klan camp.

Don’t get me wrong.

But a heck of a lot of them are!

We shouldn’t be wasting our time trying to sort through other people’s businesses when we have our own educational enterprise – public schools – which cumulatively do a much better job.

And our public system would do an even better job than that if instead of trying to “save kids” from underfunded public schools, we simply funded them enough to meet student need and beyond.

It should come as no surprise that removing students from public school and sending them to a private or parochial school doesn’t work to help them academically.

It would be much more effective to provide support where students are than make them undergo the trauma of uprooting.

Finally let me say something about the issue of standardized testing.

I still believe that standardized test scores are a terrible way to try to assess student learning. And the fact that voucher students tank their tests – by itself – does not prove to me that private and parochial schools provide a substandard education compared to public schools.

However, test scores do matter to policymakers. They are using the same test scores to disparage public schools and then in the same breath ignore the scores when they delegate more taxpayer funding for school vouchers.

This is hypocritical. We need to demand more from our lawmakers in this regard.

The same far right ideologues that support Trump and the MAGA fascists are the driving force behind the push for more school vouchers.

Undoubtedly, they are helped by unscrupulous Democrats, but at least the Dems CLAIM to still believe in facts and representative government.

It’s time they paid heed to the facts and represented us by ending their support for school vouchers and the MAGA factories most of these vouchers go to support.

Bigotry is a losing proposition in a democracy where you need as many votes as possible to get elected to office.

And dressing up indoctrination as if it were just freedom and economics only works if we’re foolish enough to let it.

NOTE: In this article, I am indebted to the work of Josh Cowen, a professor at Michigan State University who has been studying school vouchers for more than two decades. 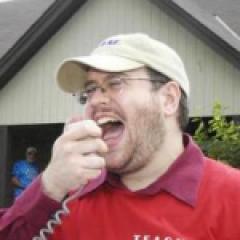