Selling charter and choice policy has always been a challenge.

Some challenges have been in place from the beginning. Charters are education-flavored businesses, but that's not an easy sale, so charter-choice fans have been adamant that charters are public schools. They aren't, but it's far more marketable for charters to push themselves as an extension to the public school system than a replacement for it. And by calling themselves "public schools," they can imply that they offer certain qualities and guarantees (open to all students, committed to stay open, staffed by qualified teachers, following established professional practices, etc) without having to explicitly commit to those qualities. 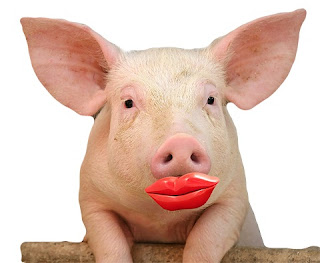 This has not been a haphazard process. These are businesses, and they use the same sort of market research any business would use. Back in 2013, the National Alliance for Public Charter Schools hired the Glover Park Group, DC PR consultants, to help them with messaging. The result was a helpful handbook that is filled with useful advice like don't say "consumers," say "families." They also suggested stressing that charters get better results for less money, but that pig will no longer fly.

Charter marketing has been a bit of a moving target; like Common Core and other reformy greatest hits, familiarity has not bred support. Giving public tax dollars to charter-based fraudsters and scam artists who are unable to deliver on promises of educational awesomeness has been hard on the brand.

Vouchers have also been a tough sell. While charter laws have flourished, attempts to pass voucher laws have almost always failed.

But Betsy DeVos is in the Big Seat, and she loves vouchers, so it seems time for voucher fans to move again. And that includes hiring yet another conaulting firm-- this time, Beck Research-- to help them figure out a message.

The research was commissioned by American Federation For Children, the old DeVos choice advocacy group, and the memo was issued just last week. What did they find?

Much would seem to be supportive  Most folks like the general concept of school choice. People also like the idea of giving all students access to good private schools, and they're particularly supportive of providing such voucher opportunities to poor students and students with special needs. Many respondents also agreed that "we need to make major changes to the ways that public schools are run." But there are two problems here for voucher fans.

First, what people support in voucher policy is not what voucher fans are prepared to offer. Voucher programs don't offer nearly enough money for families to send their children to top private schools-- assuming those schools are even interested in accepting their child in the first place. Private schools are not flinging wide their doors to enroll students that offer any sort of expensive challenge (or they may discriminate for other reasons), and while voucher advocates can brand themselves champions of choice till the cows come home, the fact remains that it is the schools that get to choose-- not the parents. And while folks from many subgroups (minorities, millennials, rural folks) say yes to major changes in public schools, the only major change to come from vouchers would be public schools that are more strapped for resources. Meanwhile, the voucher schools are accountable to nobody-- if you think they need changes, you are welcome to just walk out the door. Shut your mouth and vote with your feet.

Second, Beck discovered that all of this support is tied to Things Not Called Vouchers. Support fro "school vouchers" was about 50-50-- the weakest support of any of the school choice proposals. And this is all with relatively favorable phrasing-- when the AFT asked how folks felt about "shifting funding away from regular public schools in order to fund charter schools and private school vouchers" support was weak.

So let the re-branding begin. Education Savings Accounts, Scholarship Tax Credits, even Virtual Learning draw more support. Public tax dollars are used to send some students to private schools. They are vouchers by other names, but those other names make all the difference.