The Art of Teaching Science: Should Parents REFUSE to Allow Their Children to be Given the Georgia CRCT Test? 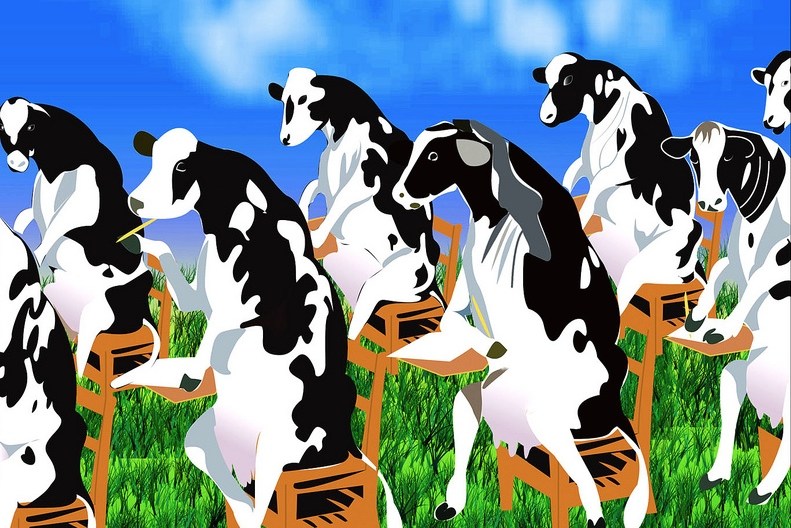 “Creative Commons Test for Dairy Farm” by Yasin Hassan is Licensed under CC By 2.0

It seems as if one Georgia couple says yes.

In Marietta, a Georgia a couple has refused to allow their children at the West Side Elementary school to take the high-stakes Criterion Referenced Competency Test (CRCT). These parents informed the school’s principal two days before the testing period that their third and fifth graders would not be taking the CRCT. When they arrived at school to meet with the principal at a prearranged meeting to discuss what activities were planned for their students in lieu of the CRCT, they were instead met by a Marietta police officer who asked them if their kids were going to take the CRCT. When they said no, the officer told them they would have to leave the school property otherwise they could be arrested for trespassing.

After the police warning, the parents went home to find an email response to their email letter in which they informed the school their children would not be taking the CRCT.

In that reply to the parents, the Associate Superintendent of Marietta Schools said, in part,

The District must deny your request that your students be exempt from participation in the CRCT or other standardized testing as well as reporting and recording of such scores. Federal and state law mandate the administration of these assessments. It is important for you to understand the potential consequences of electing not to participate in such nationally and state-required assessments. These may include but not be limited to effects on students’ on-time graduation, promotion to next grade level, placement and final subject grades.

It is true that the CRCT must be administered.  But it says nothing about what might happen if parents refuse to let their students take the test.  However, if a child were to “fail” the CRCT, they could be retained.  But the parents have the right to appeal, and when the do this, the school must set up an assessment committee.  Here is a quote from United Opt Out website which relates to any case in Georgia:

According to state law (O.C.G.A. § 20-2-282, 283, 284, and 285) if a child does not take the CRCT or fails it they can be retained. This is mandatory in grades 3,5 & 8 only. There is no specific wording in the law for refusal to take the test. IF a child is to be retained there is a procedure the school must go through, including parent notification.

This procedure also offers a procedure for parental appeal of the retention. If the parent appeals the retention a placement committee consisting of the principal, all teachers and parents is formed. The parents must be notified, by the school, in writing, about the committee meeting. Based on the student’s academic achievement the committee will decide if promotion is warranted. The decision must be unanimous. If your child is performing at or above grade level this should not be an issue. If the child is not, the committee can promote the child with the understanding that additional help will be put in place the following year.

In the West Side Elementary School case, the parents are in a place in which the school will have to form a committee to assess each of their children to make a decision about their retention, or moving on to the next grade.

Indeed, the parents made it clear what they were doing, and were not going have any threats by the district.  In a reply to the Associate Superintendent,the parents wrote:

I believe that there was a MAJOR misunderstanding in what I communicated in my email Sunday night/Monday morning.  In no way, shape, or form, did either my wife or I ask for anyone to give us permission.

What I said was that WE REFUSE to allow our children to be given the CRCT Test. I do not require permission to refuse something.  Yet the response stated that, “The District must deny your request that your students be exempt from participation in the CRCT or other standardized testing…”

Once again… I did not “request” anything. I told you that my children would not take part.  I have read most of the Federal and State laws about this test, and there is nothing in the verbiage that states that the Rights of the Parents are declared void in the process of implementing the CRCT Testing. If I missed the point where we stop to be parents, I would like you to point those out to me. You also did not specify the direct State and Federal Laws that say that the parents are not allowed to REFUSE their child’s participation in the CRCT Testing.

The fact is that the laws do not tell us we can not refuse the testing. We actually have that right.

There is growing support around the country supporting parents who decide to either opt their children out-of-state testing, or simply refuse to allow their students to take high-stakes tests.  There is no Federal Law prohibiting or allowing opting out of tests.  In fact, schools only have to show that 95% of students took the test to comply with Federal regulations.

Not only are the tests not a very good measure of student learning, the tests are more of a punishment than anything else.  For nearly a school year, teachers have planned and carried out instruction plans with their students involving a range of activities including projects, inquiries, homework, quizzes, unit tests, class discussions, one-on-ones, collaborative activities, and more.

In its infinite wisdom the state mandates that the true measure of learning is a sit-down, solitary paper and pencil fill in the bubble test.

Why would parents allow their students to take part in an activity that does not enhance their students academic growth, but does enhance the bottom line for a few big testing companies (see ahead for the facts). For their students, the test results are not used to help them improve learning, nor do the tests give teachers any meaningful feedback on their own instruction, let alone help their students.

Is this Test Envy?

Could our obsession with testing be national envy?

When the Soviets put the first satellite into orbit in 1957, the U.S. went into orbit, too. We wondered, what happened?  How did the Soviets get into space first?  What are kids learning in school?  Why isn’t our science and technology better than the U.S.S.R?  Pressure was put on the U.S. space program directors, and they finally got it up a year later. Money poured into the National Science Foundation (NSF) for curriculum improvement projects and summer Institutes for math and science teachers.

Disclaimer: I attended and was supported an NSF summer institute in physics at the Illinois Institute of Technology and an NSF Academic Year Institute at Ohio State University).

But, NSF funding didn’t settle it.  Politicians turned on the schools.  They laid the problem on doorsteps of our schools.  How are we as a nation going to be able to go forward if we have inferior schools? Our nation is at risk, and it’s squarely on the shoulders of teachers to improve, or get fired.  Thus, the origins of test-based accountability had its beginnings with the launch of a 183.9 pound-22 inch sphere.

The assault on teachers began here, too, but has accelerated since the No Child Left Behind act mandated national testing.  This meant that masses of data were made available not only to the state, but to private companies. Outrageously, this data is being used to test not only the students, but their schools and teachers as well.  The Race to Top Fund put the nail into the coffin when it required states that wanted some of the $4.5 billion to use student test scores as a measure of teacher value or performance. In Georgia, our esteemed legislature enacted a law requiring test scores to be used for 50% of teacher evaluation.  And today, Georgia will release it new rating system (2011-2012 and 2012-2013)  of schools based on 110 points, with more than 50% of the points based on student test scores.

This double dose was like a tornado hitting the schools.  The frenzy of annual springtime testing is operating now in millions of homes around the country. It puts teachers and students at risk. And I should also mention parents.

When the results are reported, normally in the summer, comparing one another in this competition will become a game played by departments of education and especially the media.

According to a Brookings Institute report, the cost of testing in the U.S. exceeds $1.7 billion.  But according to the report, that is only for payments to testing vendors who also score the tests.  But what is the cost for lost instructional time.  In Georgia, the CRCT exams began last week for many schools, and if you include high-school end-of-course exams, the testing period runs into mid-May.  So for about 4 weeks or about 12% of the school year, high-stakes exams dominate the school experience.  What’s the cost of 4 weeks of testing?  Well according to the Brookings Institute, about $600 billion is spent on education in the U.S. per year.

Therefore, the cost of testing in the U.S. is closer to $72 billion.

Should parents refuse to allow their children to take high-stakes tests, such as Georgia’s CRCT?

If your answer is yes, go the United Opt Out site.  There you will find resources to support the refusal to have students take high-stakes tests.