I started my Mother’s Day doing the unthinkable…arguing with my mother.  She had sent me a text stating she felt bad for a high-performance charter school that took a full page ad to defend itself against all the bad press it has received lately.  And, I lost my mind. Actually lost my mind!

My retired mother, who still teaches GED for Rio Salado College, who is so supportive of public education, who is a normally trustworthy ally, was defending the secret antics of charters that do not play by the same rules but then tout their achievements.  We had a very deep and lengthy conversation about why those high ratings were meaningless.

I get it.  US News & World Report ratings look really shiny.  I used them when my daughter was making decisions about college.  I watch high schools proudly display that they earned a distinction.  But what do they actually mean? US News and World Report calculates their rankings based on four areas:

I am dumbstruck.  As a long time AP teacher, I know that AP coursework is great for kids who are going to college, but so are dual enrollment courses, CTE courses, and invested teachers.  I also know that many kids are not intending to go to college. They have careers planned in the military or are seeking certifications and planning to enter the world of work.  Traditional high schools are highly focused on matching a path for a student with their plans. Schools are being rated without any thought to a special education population and how schools support all kids.

On top of that, when looking at the top rated schools, the data doesn’t seem to support underrepresented students are being served or that kids are actually making it to graduation from their schools.  During the 2015-16 school year, only 1.23% of Basis students were identified as having a disability, while 11.3% of students across Arizona were receiving special education services.  The enrollment patterns of English language learners and the demographic makeup of students are strikingly different than public schools throughout Arizona – see What the Public isn’t Told about High Performing Charter Schools in Arizona.  While what is done at these elite schools is impressive, is that really what defines a Best School?

Ratings don’t stop there.  I recently received an email stating that I could gain more access for our school profile through GreatSchools.  When I read further, I was told that I could correct their sometimes incorrect information.  I could also have more control over the story told about my school.

It is nice to have a tool that gives people a school snapshot, but like anything, how easy is it for some just-right positive views to be slipped in or reviews based on an unhappy parent’s experience.  Again, what do ratings mean when they’re based predominantly on test score data? How are we boiling down a school’s overall success or failure into test score data?

This brings me to our very own A-F grades in Arizona: a rating system so complicated that the state needed a do-over to roll out grades from one year ago. They have not yet finalized how schools will be rated for the current school year as we sit weeks away from summer break.  Just last week, letter grades were finalized from the 16-17 school year. So what exactly do those grades tell us about how we are doing when it is anything but timely or specific?

Accountability and competition in Arizona has made it a fertile ground for ratings and rankings and using that information to lure in students, but do ratings and school grades do anything to improve education?  Do they ensure that students will be served no matter what their background is? Or are they just part of a marketing scheme that is propelled by those who happen to have students in the highest demographic areas and inherently benefit from this system?  The Arizona Republic explains these ratings as a “powerful marketing tool in Arizona’s school-choice landscape.”

I am unsure when schools went into the business of marketing themselves. The more time we are focused in luring kids to our schools instead of being wholly focused on really supporting kids, the further away we move from what schools are meant to be, public institutions that serve all and are the cornerstone of developing the next generation of citizens.

My mother and I made up nicely and had a great conversation about the importance of equity across all school systems.  I am hopeful that someone, somewhere is interested in supporting schools as they tell the real stories of their success, not just the stories about making the grade. 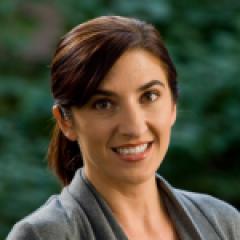 Jaime Festa-Daigle is a National Board Certified Teacher in Adolescence and Young Adulthood/Social Studies-History in Lake Havasu City, Arizona, where she is a hi...
Author Profile
Quick Search
Sign up for NEPC Emails