Curmudgucation: Should Schools Offer Virtual School Options in the Fall?

I'll admit that this blooming controversy snuck up on me. In Pennsylvania, school districts have offered virtual options for years in the Time Before Covid. It would never have occurred to me that a district shouldn't. But apparently we're going to have fussing about that. Kickstarted today by the NYC mayoral announcement that public schools will be all in person this fall.

I understand where some of it comes from, given the insistence that we must get students back in school Right The Hell Now. Political leaders trying to court a certain constituency are going to go this route, plus it will also be a way to signal that you aren't going to be pushed around by the teachers unions for all those folks buying the bullshit narrative about how the evil teachers are solely responsible for the closing of school buildings.

It's still a bad idea.

Mostly it's a bad idea to demand only-in-person districts because the alternative sucks. And it's not going away. There are many, many states already offering "free" online "public" [sic] school, and that's before we even get to cyber-schools that hide behind the mask of homeschooling. 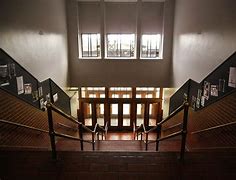 Cyberschooling isn't going away any time soon for three reasons. First, it does actually work for a small percentage of students with very specific special needs. Second, particularly in states with PA with dumb rules governing cyber-tuition, it is a very attractive way to make a lot of money. Third, the charter worlds not only finances a good assortment of astroturf groups, but it also funds plenty of regular lobbyists, too. Legislatures could shut cyber charters down, but it's a lucrative business that has rented lots of friends in high places.

Pennsylvania is the case study in how impervious this business has become. You can look at the national studies that show cyber charters failing big, or you can look at the PA-specific schools that have all--every one of them-- failed to make the grade. Granted, the measurement of success for PA schools sucks, but that's the reformy game reformsters wanted to play--and they're losing at their own game. Meanwhile, districts around the state report the devastating economic effects of charters, with cybers draining money from "markets" where brick and mortar charters don't bother to go. There is literally no defense of cyber charters in PA, and yet year after year, efforts to rein them in fail. Right now, legislators are fighting against the governor's radical ideas like A) pay cybers what it actually costs them to educate students and B) audit them like we audit public schools.

Consequently, most districts have developed their own in-house cyber school program. This has a couple of virtues.

One is that students have a better chance of getting an actual education that includes actual learning and is also aligned to the district that they may return to some day. I cannot overstate the value of this benefit. I long ago lost count of how many students returned from cyber school who would have been better off taking a year to play video games. The saddest cases have been those who know it, who returned to say, "Yeah, I don't like getting up and coming here, but I wasn't learning anything and what the heck is going to happen to me?" No, that's the second saddest--saddest cases were those who went to cyber school and proceeded from there to just dropping out. With our in house virtual school, I could have input in what was taught, and students were monitored closely enough to be held accountable and helped forward.

I would be lying not to say that the other benefit was that a whole lot of money stayed with the district instead of buying some K-12 charter executive a new summer home. But by far the big win was the number of students that weren't lost to an education.

One of the best ideas for a bill in recent years was one that proposed that if you wanted to send your child to cyber school, and your home district offered a cyber school, you'd have to pay tuition at the corporate cyber charter out of your own pocket. Cyber charter businesses hollered and squealed that they'd never survive, which is probably true--their whole pitch is based on the word "free." Free school and you get a free computer and a free printer! It would have been fair and healthy and better for the students, but of course it was shot down.

Most of the country is now painfully aware that virtual schooling is difficult and draining. While it serves some students and families well, the vast majority of folks probably would not list it as their #1 choice for How To Do School. Also in the mix are all those folks who were pre-covid huge fans of virtual school and then decided that anything other than a live classroom is terrible horrible no-good very bad education (looking at you, Mrs. DeVos).

It's limited, difficult, and few people's choice over live humans in a classroom. But I think it's safe to say that virtual education is not going away entirely, ever. So the only real question is this-- should the field be dominated by a bunch of amateurs who are just trying to cash in on a computerized education-flavored product, or should actual public school educators get in the game? And why should a district in 2021 run what is essentially a marketing campaign for the cyber-charter business world by insisting on live classroom only?