Pre-K and Tobacco, Perfect Together?

California decided to tax each pack of cigarettes an extra 50 cents to try to get every child into preschool. That was 15 years ago. Last week, President Obama proposed taking a similar plan nationwide.

In his 2014 budget, Obama outlined a plan to pay for his universal preschool initiative by raising federal taxes on tobacco products, namely a 94-cent hike on each pack of cigarettes. According to the budget, the early education investments would cost $77 billion over the next 10 years, more than offset by the $78 billion raised through new tobacco taxes. (See page 22.)

My colleague, Cory Bennett wrote about this issue here.

The reaction to the unusual way to pay for expanded pre-K among Washington D.C. education gurus was interesting only in its blandness: There was no mention of the cigarette tax.

"While pressing for a balanced approach to deficit reduction, the President continues his funding commitment to early education and our K-12 schools. In particular, I am excited by his proposals to make early childhood education a national priority," said House Education and the Workforce Committee ranking member George Miller, D-Calif.

It was only after asking that National Journal got reaction to the "sin tax" piece of the proposal from Altria Group, the tobacco industry's largest lobbying organization, and Rep. G.K. Butterfield, a strong Democrat who hails from the Tobacco State of North Carolina.

In my humble opinion, Obama found a truly ingenious way around the sequester problems he gave himself by signing the government funding bill into law. He gave up his right to ask for more money by inking across-the-board budget cuts into place, but he didn't give up his commitment to early childhood education. Let the smokers pay for it.

Is paying for pre-K with cigarette taxes a good idea? Is there a better way to pay for it? How does the president's unusual way of keeping his commitment to pre-K help the cause of early education? Is the proposed sin tax a distraction to a more serious policy conversation? How can education advocates help to advance the proposal now that it's out there? Is the cigarette tax itself too divisive politically to accomplish anything?

Pre-K and Tobacco, Perfect Together?
By Steve Barnett

High quality pre-K for all funded by a tobacco tax is a winning combination. It makes perfect sense from both economic and political perspectives. Let’s start with the economic perspective. Economics is primarily concerned with two issues, efficiency and equity (fairness). The primary economic argument against higher taxes is that they lead people to make less optimal choices, perhaps even discouraging socially beneficial activities that we otherwise want to encourage. Yet, smoking is an activity that we actually want to discourage. It imposes high social costs, and it is an addiction that most smokers acquired as children, would prefer not to have acquired, and would like to quit. A tobacco tax will reduce the number of new smokers and the number of cigarettes consumed by those who already smoke.

Big tobacco (Altria, Reynolds American, Lorillard, and Imperial Tobacco have 95% of the U.S. market) can be expected to object that a tobacco tax is unfair because it hits low income Americans hardest. Their concern for the plight of the poor would be touching if they evinced any concern that their products unfairly increase disease and death among low income Americans and their children (from second hand smoke). A tobacco tax will reduce smoking and improve health most for the lowest income Americans because their smoking behavior is more price sensitive than that of higher income smokers. To this we can add that high-quality pre-K produces its greatest benefits for children from lower-income families, though all children will benefit.

Another objection opponents have already raised to the tobacco tax is that because it will reduce smoking the revenue generated will decline over time. Thus, they say it is not suitable as a permanent funding source for pre-K. Apparently, they have not read the President’s plan or his budget. The President does not propose perpetual federal funding, and the funding formula decreases the federal match gradually over time. In this respect, a tobacco tax is a perfect match for the pre-K proposal.

Turning to the political perspective, one advantage of this proposal is that the financing mechanism makes no new enemies. Cigarette makers will oppose pre-K for all no matter how it is funded. Multiple studies find that quality pre-K reduces the likelihood that people take up smoking. From the industry perspective it is a tobacco control program, and big tobacco relentlessly works to erode public funding for such programs. At the same time, the proposal will enlist another set of allies--those committed to reducing tobacco addiction and the disease and death it causes. They will have two reasons to support the pre-K proposal because both quality pre-K and the tax will reduce smoking.

In the current political environment, some may oppose the proposal because they oppose any tax increase at all. For those truly committed to limited government and deficit reduction, I have a modest suggestion. Cut welfare for agribusiness, aka farm subsidies, which are inefficient and unfair. Farm subsidies cost taxpayers $10 to $15 billion annually, even though farm income reached all time highs in the last two years. Let the free market operate in agriculture, and split the savings 50-50 between deficit reduction and the President’s pre-K proposal (which, by the way, will eventually start contributing to deficit reduction on its own). Anyone who says they favor less government intrusion into the market and smaller deficits, but is unwilling to cut farm subsidies, doesn’t deserve to be taken seriously.

Returning to the tobacco tax, it will, without a doubt, require a fight. Big tobacco will use direct lobbying, publicity campaigns, AstroTurf (artificial grassroots front groups), and alliances with think tanks and membership organizations. They can be expected to try to convince unions to oppose the tax because it is regressive and police organizations to oppose it because it will increase illegal sales (pay no attention to who would have to collude in supplying tobacco products to the underground economy).

Supporters of the proposal should be prepared to build a coalition with anti-tobacco groups as well as businesses that will benefit from lower health care costs and more productive future employees, unions with members who will benefit from better health and access to high-quality pre-K, advocates for lower income children and their families including minorities who have the least access to high-quality pre-K. They might even organize consumer and investor boycotts of tobacco companies who oppose the plan. Altria which has by far the largest market share for cigarettes also has economic stakes in beer and wine allowing even nonsmokers to participate in an effective consumer boycott. Big tobacco has lost this battle before. California provides a battle plan that when suitably tweaked for a national campaign can produce another win for pre-K. 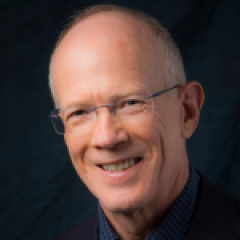 W. Steven Barnett is a Board of Governors Professor and Senior Co-Director of the National Institute for Early Education Research (NIEER) at Rutgers University. H...
Author Profile 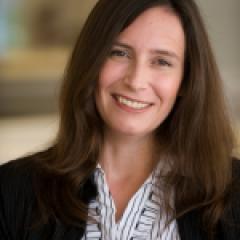