Living in Dialogue: Slouching Toward Technopoly: A Lesson Plan

In his recent novel, Purity, Jonathan Franzen nearly kills off an expert hacker who is addicted to a video game that he plays without sleep or food to compete at higher and higher levels against players from all over the world. The hacker is not aware that he is dying as Franzen takes us through the symptoms of malnourishment and sleep deprivation. The hacker who is assisting the protagonist blacks out and the reader discovers at the conclusion of the novel that he barely survived.

Humans are prone to addiction and those who sell products that become addicting tend to make a lot of money. World History is in part a chronicle of the fortunes, companies, and states built on addictions. The British Empire was built on opium, and other empires were built on tobacco, coffee, sugar, gold, silver, jade, china, cocaine, crack, and heroin.

Digital platforms encourage digital addiction that makes those who own those platforms very wealthy. Adam Adler dissects exactly how companies like Google and Facebook hook consumers into addiction in his book, Irresistible: The Rise of Addictive Technology and the Business of Keeping Us Hooked 2017).

Read and be prepared to discuss the following excerpts from Irresistible. Do you think they are accurate or exaggerated?

For ninety minutes, [Steve] Jobs explained why the iPad was the best way to look at photos, listen to music, take classes on iTunes U, browse Facebook, play games, and navigate thousands of apps. He believed that everyone should own an iPad.

But he refused to let his kids use the device.

…Chris Anderson, the former editor of Wired, enforced strict time limits on every device in his home, “because we have seen the dangers of technology first hand.” His children are never allowed to use screens in their bedrooms. Evan Williams, a founder of Blogger, Twitter, and Medium, bought hundreds of books for his two young sons, but refused to give them an iPad. And Lesley Gold, the founder of an analytics company, imposed a strict no-screen-time-during-the-week rule on her kids. She softened her stance only when kids needed computers for schoolwork. Walter Isaacson, who ate with the Jobs family while researching his biography of the Jobs family…[observed that]”No one ever pulled out an iPad or computer. The kids did not seem addicted at all to devices.” It seemed as if the people producing tech products were following the cardinal rule of drug dealing: never get high on your own supply. (2)

According to Tristian Harris, a “design ethicist,” the problem isn’t that people lack willpower; it’s that “there are a thousand people on the other side of the screen whose job it is to break down the self-regulation you have. (3)

Kimberly Young, a psychologist who practices at a small regional hospital in Bradford, Pennsylvania, coined the phrase “Internet Addiction” in 1995, and in 2010 she opened the Center for Internet Addiction—the country’s first hospital-based treatment center for Internet addiction. Most Internet addicts are hooked on games. “In the mid 2000s, as the infrastructure of the Internet improved, Internet addiction became a much bigger problem,” Young said. “But the biggest changes, by far, were the introduction of the iPhone and then the iPad in 2010.” Games became mobile, available to anyone with a smartphone all the time. Instead of a string of boys, Young was suddenly treating both males and females of all ages and personality types. (166)

If idle smartphones and tablets draw us away from real-world interactions, how will we fare in the face of VR [Virtual Reality] devices? Steven Kotler write for Forbes that VR would become “legal heroin; our next hard drug.” There’s every reason to believe Kolter. When it matures, VR will allow us to spend time with anyone in any location doing whatever we like for as long as we like. That sort of boundless pleasure sounds wonderful, but it has the capacity to render face-to-face interactions obsolete. Why live in the real world with real, flawed people when you can live in a perfect world that feels just as real?….Wielded by big business and game designers, though, it might also prove to be a vehicle for the latest in a series of escalating behavioral addictions. (143)

In moderation, personal goal-setting makes intuitive sense, because it tells you how to spend your limited time and energy. But today, goals visit themselves upon us, uninvited. Sign up for a social media account, and you’ll soon seek followers and likes. Create and e-mail account, and you will forever chase an empty box. Wear a fitness watch, and you’ll need to walk a certain number of steps each day. Play Candy Crush and you’ll need to break your existing high score. If your pursuit happens to be governed by time or numbers—running a marathon, say, or measuring your salary—goals will come in  the forms of round numbers and social comparisons. You will find you want to run faster and earn more than other people, and to beat certain natural milestones. Running a marathon in 4:01 will seem like a failure, as will earning $99,500. These goals will pile up, and they fuel addictive pursuits that bring failure or, perhaps worse, repeated success that spawns one new ambitious goal after another. (120)

“I don’t feel like a child anymore,” Katherine says, “I’m not doing anything childish. At the end of sixth grade”—when all her friends got phones and downloaded Snapchat, Instagram, and Twitter–”I just stopped doing everything I normally did. Playing games at recess, playing with toys, all of it, done. (42)

Beyond Internet addiction, 46 percent of people say they couldn’t bear to live without their smartphones (some would rather suffer physical injury than injury to their phones), and 80 percent of teens check their phones at least once per hour.  In 2008, adults spent an average of eighteen minutes on their phones per day; in 2015 they were spending two hours and forty-eight minutes per day. This shift to mobile devices is dangerous because a device that travels with you is always a better vehicle for addiction. In one study, 60 percent of respondents reported binge-watching dozens of television episodes in a row despite planning to stop much sooner. Up to 59 percent of people say they’re dependent on social media sites and that their reliance on these sites ultimately makes them unhappy. Of that group, half say they need to check those sites once per hour. After an hour, they are anxious, agitated, and incapable of concentrating. Meanwhile in 2015, there were 280 million smartphone addicts. If they banded together to form the “United States of  Nomophobia,” it would be the fourth most populous country in the world, after China, India, and the United States. (28)

Neil Postman on Amusing Ourselves to Death:

But we had forgotten that alongside Orwell’s dark vision there was another—slightly older, slightly less well known, equally chilling: Aldous Huxley’s Brave NewWorld. Contrary to common belief even among the educated, Huxley and Orwell did not prophesy the same thing. Orwell warns that we will be overcome by an externally imposed oppression. But in Huxley’s vision, no Big Brother is required to deprive people of their autonomy, maturity, and history. As he saw it, people will come to love their oppression, to adore the technologies that undo their capacities to think. 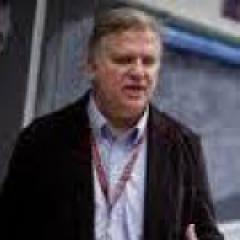 Paul Horton has taught for thirty years in virtually every kind of school. He began his teaching career in a recently integrated rural Texas middle school. ...
Author Profile
Quick Search
Sign up for NEPC Emails