At the Chalk Face: A Slow and Much Needed Goodbye to the Education Reform Opposition

In what may come as a surprise to some, or simply seep into the ether with nary a glance, I have decided to fold up, close up, and shut down At the Chalk Face altogether in the next few days. It’s been an interesting, what, almost five years. To be honest, I think I’m done.

Real talk? In the nearly five years since I started At the Chalk Face, which included the blog and radio show, I made a lot of good friends and connections based on our shared opposition to the worst of what is considered education reform. Like most people, I have evolved as my personal and professional circumstances change. My roles in various “activist” groups and other organizations changed as a result. My motivation to continue my efforts even this this project, one that I created out of the ether in 2010, has waned considerably.

Now that my relevance and participation in the great education debates declined, my once close friends completely disappeared. My support group disintegrated once everyone moved on to promote their own websites, their own books, and radio shows. Everyone has their own pet projects in their own municipalities, and the grand conversations I once valued completely dried up.

I take total responsibility because this education reform thing is a real b*tch to fight. When I abruptly left higher education to return to the elementary classroom, I just didn’t have the time, the energy, or the patience to constantly fight these same battles over and over and over again. I kept hearing about the same people online, reading stories from the same journalists, the same bloggers, and getting caught up in completely nonsensical Twitter spats.

I began extricating myself long before the movement lost me.

But then I noticed something ridiculous, and this was a very recent realization. Since day one of At the Chalk Face, I’ve been an open book to a fault. Dozens of people told me, “Don’t write that, don’t say that, the Internet is forever, you’re crazy!” The truth, however, was more important than discretion. And let’s not pretend that I was somehow disclosing incendiary ideas. My thoughts were simply what has been confirmed time and again as best for students and young persons.

Of all the education reform opponents out there, how many give us a peek into their classrooms? Who gives us a glimpse of that grand alternative they so vehemently support? I honestly can’t think of that many. I’m trying to think of prominent reform opponents who post pictures or evidence of their good works. What does your classroom look like? If you oppose standardized testing and curricula, the common core, and other hallmarks of market based reforms, then I am looking forward to pictures or accounts, retellings or even video, of your teaching. Can I see it? Actually, how do I even know you’re good at your job and you’re not out there just saying no to everything?

For instance, my students and I are learning about pirates. We wrote, and recorded, our very own sea shanty, which you can listen to below.

I’m definitely missing something, I’m sure of it. I’m sure that folks will enlighten me of all the great teacher blogs out there that share their work. I’m probably missing a lot of good folks who fight the good fight, who rail against destructive education reforms, and also share their classroom experiences.

Please let me know who these people are and I will gladly follow them. But as I’ve rejoined the daily hustle as a Kindergarten teacher in Southeast Washington, DC, I am more convinced now that the anti-education reform movement will ultimately FAIL because they or it refuses to build a strong, evocative, interesting, creative, and imaginative counter-narrative. You hate common core? Fantastic, so do I! Now, let’s see some powerful examples of your teaching that demonstrate your alternative vision. Despite the perpetual calls for these details, few ever emerge.

Do not get me wrong: I was part of that chorus. “We don’t owe you the alternatives to test-based reforms because we know what you propose doesn’t work. Just let us teach!” Great, I’m with you, now what are some examples of that teaching? Can I see some pictures? Do you have any video I can watch? Any scans or student work? Something?

There are countless individuals whom I respect and have followed for years in this movement and I cannot think of one actual classroom that I’ve seen. Not even a picture. Who are you and how am I to trust that you can actually do your job? I’m saying that you can define it in any way you like, show us the best of the best of the best that you do. Just show us something, anything. You’re a faculty member and don’t have a K-12 classroom? Fine. Post a syllabus of what you do to help new teachers. How about some video of a great lecture, a student project, anything! Do you even teach?

I’ve spent five good years of my life trying this blogging thing, this activist thing, the movement building, the talk radio show on education. I’ve gained friends, and lost them. I’ve been to rallies, planned rallies, and after all of that, after all of the Twitter debates and Facebook comments, I’m no more clear of that alternative vision the anti-reform movement, or whatever you want to call it, promises to provide. I’m currently rebuilding my own classroom career, one that I first abandoned for graduate school and the hope that the other side of a PhD would be worthwhile. So far, it wasn’t. But I’d do it again.

I’m now older, much wiser, and can refashion my teacher identity in new ways that can benefit from my years of activism. There is a lot of fight that still needs to happen. Hell, I had myself a big struggle against the reform machinery today. But as the torch, or something, is passed to those newer to the debate, I implore you to show us your experiences. If you seek to build a coalition offering a competing vision for our nation’s students, please consider showing more of it. If you think you can still hustle, if you’ve got the moves, then show us. Show us what you’re doing, or what you’ve done. Give us, give teachers, something evocative to work towards.

Keep fighting. We may see each other once again down that road. 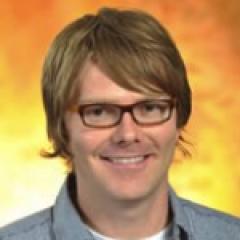