Shanker Blog: Social Identity Development in the Age of Accountability

According to a recent NPR article, the “majority of parents” do not talk to their children about social identity, which refers to group membership based on characteristics such as religion, gender, national origin, race, family makeup, and socio-economic status. The article presents results from a report, co-published by The Sesame Workshop and NORC at the University of Chicago, called the Identity Matters Study. The study includes survey responses from 6,000 parents about their children’s sense of identity at home and in the classroom, as well as results from a second survey of 1,046 educators’ perspectives on identity development in school.

Many readers were quick to respond that NPR’s headline was misleading, pointing out that the wording should have been, “White parents rarely, if ever, discuss ethnicity, gender, class or other identity categories with their kids…” This objection has merit. The report does show parent responses by race for just five survey questions, but the data confirm that White parents are far less likely than Black parents to talk about identity with students, with 6 percent of White parents and 22 percent of Black parents answering that they often talk about race. Nevertheless, the study concludes that, overall, 60 percent of parents rarely or never talk about race, ethnicity, or social class with their children. In the second survey, which queried educators, the study found that one third of teachers had a student affected by a negative comment targeting their social identity, but that most teachers feel unprepared or uncomfortable when it comes to navigating conversations on the matter.

It is clear that we need more comprehensive survey data, including more questions broken down by race and other demographic indicators, in order to have a better understanding of how children are developing a sense of social identity at home. In the meantime, what we can gather from this article is that many students, particularly White students, do not develop an awareness of their own complex social identity until they get to school, and that this awareness often comes via negative comments.

How can schools do better?

If college and career readiness is a priority in our education system, then we need to cultivate identity development in all students, as it is crucial for their success both in school and in the workplace. The good news is that there are opportunities to incorporate social identity work into existing structures and practices for school accountability. Many states’ accountability systems already assess school performance using combined measures of test scores and indicators of social emotional learning, cultural awareness, interpersonal skills, and higher-level thinking. In response to college and career aptitude trends, high quality assessments and accountability systems are considering students’ intra-and interpersonal skills as measures of growth (Darling-Hammond, L., Wilhoit, G., & Pittenger, L.,2014). A school culture that fosters social identity development will have a student body that can show positive indicators for growth and college and career readiness in a global world.

Many districts are using school climate indicators for ESSA accountability measures of progress. Identity development work could contribute to an improved school climate where students have empathy, curiosity, and respect for other cultures and their peers within the school community. Adding social identity development into existing accountability and improvement standards should not be punitive or aimed at politicizing the issue. Rather, there is an opportunity to have a positive effect on the behavior of teachers and students, and thus to adapt and improve the school environment. An easy adaptation would be through informal teacher and student surveys, which would measure both social identity development and school climate on school quality indicators. Maryland, for instance, has implemented student and teacher school climate surveys as an accountability indicator in all grades. These could include measures such as physical and emotional safety, health, and cultural and linguistic competence.

But we cannot include social identify indicators in accountability systems without building school capacity to improve these outcomes. So where do we start?

Educators need support. To reiterate, the Sesame Workshop report’s survey of teachers found that many understand how identity shapes student experience and outcomes, but most feel unprepared to include discussions on the matter in the classroom. More concerning is that some felt it was entirely inappropriate to bring up elements of social identity during class time. Religion and socio-economic status are the two topics of social identity that educators were most likely to avoid in the classroom. Professional development on identity development and implicit bias in the classroom could be one element of preparation and support for teachers.

With ongoing training and support, educators can begin to model identity development for their students. This might include normalizing and modeling the use of gender pronouns and talking regularly about race, class, gender, and religion. If we know that most White students and some students of color aren’t exploring their identities at home, we can cultivate spaces to understand differences and common ground in classrooms, both formally and informally.

For instance, classroom and school libraries can incorporate books that represent diverse identities. The 1619 Project has partnered with the Pulitzer Center to compile lesson plans about race for teachers of Social Studies, English, and History. This site bank includes the Common Core standards to which each lesson aligns for seamless integration into the curriculum. Educators can find lesson plans on Share My Lesson that explore identity development in age appropriate ways on topics of gender, race, religion, sexuality, and immigration status. Setting a foundation for students and teachers to navigate conversations about their own unique identities and an awareness of others’ is vital in the process of social identity development.

White parents don’t need to shy away from these conversations. In fact, White parents must actively engage in topics of social identity. The Sesame Workshop has included additional resources for parents to navigate uncomfortable conversations. For a deeper dive, Beverly Daniel Tatum’s book, Why are all the Black Kids Sitting Together in the Cafeteria?, explains the importance of having conversations about race and social identity in early childhood. Dr. Tatum guides adults to engage youth about race in developmentally appropriate ways. The consequences of not engaging children in discussions of social identity at home are dire, as students will not be equipped to interpret differences and they will rely on incorrect judgements and mechanisms of “othering.”

Knowledge of social identity in conjunction with intra- and interpersonal skills equips students with the tools for reflection and the ability to sift through facts about cultures and diverse groups of people. The author of the NPR article discussed above states, “kids need help making sense of the differences they see.” Students notice cultural differences amongst their peers and they are learning about differences from the media they consume. Social identity development can be a platform to achieve social emotional learning in the era of divisive politics by bridging differences and finding common ground in the classroom and beyond. 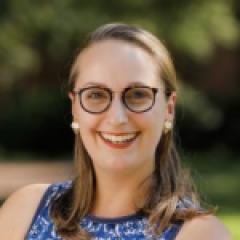 Emilee O’Brien is a Fellow at the Albert Shanker Institute in Washington, D.C. She is pursuing a Master’s in Educational Transformation at Georgetown University. ...
Author Profile
Quick Search
Sign up for NEPC Emails