Ben Stern is “the Manager of Education Partnerships at TeachBoost and an advisor to Ponder. Formerly a history teacher and technology integrator….” This appeared in EdSurge September 11, 2014.

Marc Andreessen, with the support of long-time colleague and amateur rapper Ben Horowitz, famously leads Andreessen Horowitz with the thesis that software will “eat the world.” Naturally, I wonder whether it will “eat” education.

Most recently, Andreessen and Horowitz suggest healthcare, education, and government are poised to be eaten. They may be right about healthcare. Government, they admit, is a longer way off. Education may be more imminent. Andreessen explains,

Technology is not driving down costs in…education, but it should…[Access is] the critical thing. We need to get every kid on the planet access to what we consider today to be a top Ivy League education. The only way to do that is to apply technology.

Ostensibly supporting this thesis is the growing edtech industry, in which I work. $452 million of VC money in 2013 is no small potatoes. Andreessen and Horowitz must be on to something, right?

No – at least, not as they frame the issue.

The biggest problem in education is not, and never will be, that too few students have access to Harvard. Let’s ignore for a moment the discussion about the value of an Ivy League education. Instead, consider the myopia of this view of education. K-12, as opposed to higher ed, is more relevant to the vast majority of Americans. Rightfully, getting every kid into Harvard is far from the top concern of anyone involved in this space, whether as a student, parent, educator, policy-maker, or entrepreneur. Let’s get every kid into and through high school first.

The many issues in K-12 –the achievement gap, funding disparities, and teacher attrition rates, to name just a few –are not issues that can be resolved by instant access. In fact, they are not software problems. They are human issues, political issues. Software alone will not change ,  much less save ,  the world of education.

Software can help, under three conditions:

Using good software, humans begin to chip away at the big issues of the day: software might free up time to focus on the issues, surface data that elucidates the issue, and empower teachers and learners to grow in new ways But humans do the important work. Software must strike a delicate balance between innovating and meeting current, non-technological needs–a balance that’s harder to strike in education than anywhere else. But who said startups should be easy? 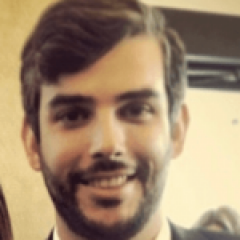 Ben is a Manager of Educational Partnerships at TeachBoost and an advisor to Ponder. He began his career as a middle school history teacher and educational techno...
Author Profile