Answer Sheet: Some ‘No-Excuses’ Charter Schools Say They Are Changing. Are They? Can They?

A couple of months ago, some education researchers wrote a commentary in Education Week about the harsh disciplinary practices at “no-excuses” charter schools, which prompted a response from my Washington Post colleague Jay Mathews. This is a continuation of that conversation.

What are no-excuses charter schools? Joan Goodman, a professor in the University of Pennsylvania’s Graduate School of Education, defined them in 2014 this way:

These schools start with the belief that there’s no reason for the large academic gaps that exist between poor minority students and more privileged children. They argue that if we just used better methods, demanded more, had higher expectations, enforced these higher expectations through very rigorous and uniform teaching methods and a very uniform and scripted curriculum geared to being successful on high-stakes tests, we can minimize or even eradicate these large gaps, high rates of drop outs and the academic failures of these children. To reach these objectives, these schools have developed very elaborate behavioral regimes that they insist all children follow, starting in kindergarten. Submission, obedience, and self-control are very large values. They want kids to submit. You can’t really do this kind of instruction if you don’t have very submissive children who are capable of high levels of inhibition and do whatever they’re told.

It’s encouraging that a number of no-excuses schools are responding to criticisms by incorporating social-emotional learning, making schools trauma informed, and using restorative justice circles to reduce suspensions. But this culture change is not easy, and the model is not changing fast enough.

That piece prompted Mathews to write an Aug. 2 column in The Post saying many of the no-excuses schools have indeed significantly changed some of their most controversial practices, and he detailed some of them.

He wrote, for instance, that Maria Alcon-Heraux, a spokeswoman for the large KIPP charter network, told him that “after much research combined with student and family feedback,” her network has discontinued most of its system of rewards and repercussions. And, he wrote, KIPP has introduced restorative justice for student misbehavior, a non-punitive approach. He said that these schools no longer require students to walk silently in single file in the halls. He wrote:

In general, no-excuses has become a term loaded with out-of-date stereotypes. “Our schools’ aim is to connect potential with opportunity and to encourage students to develop their best thinking,” [Achievement First spokeswoman Amanda] Pinto said.

Golann and Debs acknowledge that the schools have added restorative justice and made other adjustments. “We are encouraged by the public self-criticism and reevaluation happening in these networks,” Golann told me, although she said she thinks there has been less change than I do.

In the following piece, Golann, Debs and Chris Torres, an assistant professor at Michigan State University’s College of Education, explain why they do not think no-excuses charter schools can easily change. Golann is the author of numerous articles about no-excuses schools; Debs is the author of “Diverse Families, Desirable Schools: Public Montessori in the Era of School Choice” and a former teacher at a no-excuses high school.

A transformation is said to be taking place in the most academically successful urban charters, collectively called “no excuses” schools, as some of them move to change their harsh disciplinary practices.

As education researchers who study these schools — and in some cases used to teach in them — we are cautiously optimistic about the disciplinary reboot. But we question how much the discipline can change at schools when the fundamental operating system of the no-excuses movement includes top-down control and a reliance on a revolving door of recent college graduates with limited teaching experience.

“No excuses” charter schools — such as KIPP, Uncommon Schools, Summit and Achievement First — primarily serve urban low-income students of color. Their theory of action is that schools and teachers should not make excuses for student failure, and that high expectations, combined with a longer school day and highly structured rules and regulations, can enable urban low-income students of color to achieve their academic goals.

Their disciplinary practices, however, have aroused controversy, as students are punished for minor misbehaviors, such as violating uniform rules, displaying poor posture, leaning on walls and laughing or humming during school. Some no-excuses disciplinary practices have been criticized as racist, and the term “no excuses” has fallen out of favor with school leaders and advocates because of its punitive connotation.

Some of the charter management organizations (CMOs) that operate the schools have recently acknowledged flaws, making something of a mea culpa around their disciplinary practices. Some are adopting disciplinary approaches such as restorative justice, working to resolve conflict through dialogue and identifying the root cause of behavior — though it’s hard to know how much these changes, trumpeted by leaders and spokespeople, are being implemented on the ground at schools.

Columnist Jay Mathews at The Washington Post, who once wrote a positive book on KIPP, argues that no-excuses charters have addressed their disciplinary issues and that it’s time to move on. “No-excuses is so 20th century. Let’s talk about something new,” he wrote.

But recent educational reporting questions the narrative of a complete system overhaul, however.

In the past year, protests from students, parents and teachers revealed the persistence of these disciplinary practices and high levels of dissatisfaction. Earlier this year, for example, a scandal erupted at an Achievement First (AF) high school over video footage of a principal shoving a student into a locker and allegations of a coverup by the network. An AF spokesperson’s statement on current disciplinary practices across the network speaks volumes in its omissions: “Not all our transitions are silent across all our schools.”

In 2018, high school students at Success Academy’s new flagship high school led a protest against the school discipline as chief executive Eva Moskowitz installed her desk in the high school hallway and implemented tougher sanctions on students. Teachers at Chicago’s Noble network protested school uniform and hair policies they found “dehumanizing” to students. This echoes our research on teacher, parent and student dissatisfaction and resistance to no-excuses discipline.

Recent research suggests two reasons changing no-excuses discipline can be difficult, despite good intentions. The highly structured disciplinary practices used in no-excuses schools align well with other aspects of their model: eliminating inefficiencies to maximize instructional time, relying on teacher-directed instruction, and keeping a laser focus on test score gains. When schools try to adapt to a more participatory and student-centered culture, it can feel like an incompatible pairing. As researcher Sarah Fine argues, creating a restorative culture without unlearning the authoritarian philosophy and practices is like “trying to accelerate with the brakes on.”

Second, a new form of discipline requires skilled and experienced teachers, a challenge with the current staffing model at many no-excuses charters. These schools actively recruit novice teachers, such as Teach For America recruits, because they are seen as “mission aligned,” and in some cases, the schools prioritize coachability over expertise. Novices also support the rapid expansion of CMOs such as the Success Academy network in New York City.

Because classroom management is a challenge for any teacher, much less a brand-new teacher, no-excuses teachers are often expected to comply with a schoolwide disciplinary system that holds kids accountable to very detailed and extreme behavioral expectations. While this system may allow the teacher to maintain control, it often works counter to developing trusting relationships with students.

The disciplinary systems even contribute to the much higher levels of teacher turnover in charter schools compared with traditional district schools. Surveying several hundred no-excuses teachers, one of our studies found that dissatisfaction with the school disciplinary system was strongly connected to their decisions to leave. This constant turnover makes it hard to develop and maintain trusting relationships with students and colleagues that are necessary to build multiyear projects such as implementing restorative justice, or have teachers with the necessary expertise to use such approaches.

We recognize the difficult work of educating students in high-poverty environments. In recent years, schools across the country, including no-excuses charters, have been grappling with racially disproportionate discipline by implementing culturally responsive teacher practices and restorative justice, as well as working to recruit teachers of color.

In this sense, the no-excuses charters are no different from other schools, but they deserve a higher level of scrutiny precisely because education reformers have so publicly trumpeted their successes, positioning these schools as the solution to the problems of urban education and the so-called achievement gap.

To overhaul no-excuses discipline will take concerted work from the networks and those who regulate them. It’s encouraging that in some states, reporting on disciplinary systems is now a required part of charter applications and their renewal. In addition to data on suspensions and expulsions, we would like to see data collection on lower-level infractions, such as removals from classrooms and detentions. We also hope that journalists and policymakers will continue highlighting schools that have successfully made major changes, and we encourage researchers to survey no-excuses teachers to document and evaluate their classroom practice. But changing discipline will be hard without broader changes, such as revisiting a culture of top-down control and focusing on hiring more experienced teachers.

If no-excuses schools want to move beyond this label, they may need to rethink their orientation to hiring, training and retention of teachers to match the expertise needed to implement new disciplinary models. That’s more than a patch to fix the disciplinary bug. That’s a complete system overhaul. 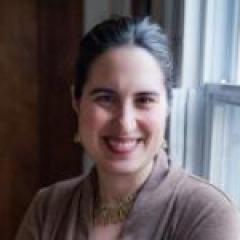 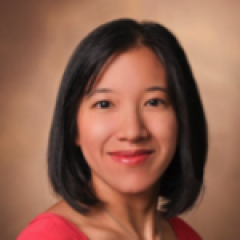 Joanne W. Golann is an assistant professor of public policy and education in the Department of Leadership, Policy, and Organizations at Peabody College, Vanderbil...
Author Profile 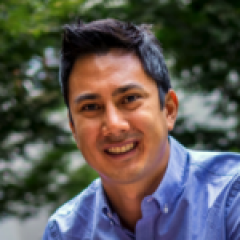 A. Chris Torres is an assistant professor of K-12 educational administration in the College of Education at Michigan State University. His scholarship focuses on ...
Author Profile
Quick Search
Sign up for NEPC Emails