Jesse Pearson is middle school humanities teacher at Marin Horizon School in Mill Valley, California. He is also an alumnus of the school.

Not long after we returned to the classroom for in-person learning in October 2020, my cellphone rang in my desk drawer. My students made the same ooh-you’re-in-trouble noises they make when a classmate is summoned to the front office. They reveled in catching me break my own rule about phones in the classroom. We laughed for a moment at my hypocrisy before I directed their attention back to the Google Slides presentation on the 60-inch flatscreen mounted to the wall behind me. We read a 2017 piece in The New Yorker—a mocking sendup of Emma Lazarus’ “The New Colossus.” Satisfied that they understood my lesson, I instructed my eighth graders to open their school-issued MacBooks, go to Google Classroom, and begin working on an assignment about satire.

This, after a rollicking Spanish class in which they played Kahoot! games and watched online videos about something called Súper Lápiz. Earlier, our science teacher had them using power tools to build a Rube Goldberg machine, after which they entered their progress in digital science notebooks. Math lessons were delivered on smartboards. For social studies classes, students used an app called Canva to design an infographic about the three branches of government. In arts class, they used WeVideo to edit public service announcements.

Then school was over for the day. As they made their way to the pickup line, students reflexively produced their own phones. They checked TikTok, Instagram, and Snapchat. They texted their parents asking to walk home with friends. They made roster moves on fantasy football teams. On their walks and rides home, they were selecting Spotify playlists, updating social media profiles, and playing video games. When they reached home, they would put their phones down, open their laptops, launch Google Docs, and finish the satire assignment they’d begun in my class.

That night at home, I cracked open my own laptop to do some grading and planning, and it hit me: From the time most of my students wake up to the time they go to bed, they spend, at best, 45 consecutive minutes not interacting with technology. In the span of 18 months, technology, which, to be certain, was already a ubiquitous tool for education, became something more. It became a lifeline. Students are just now emerging from a period in which tools that had formerly been optional became essential. Where once a classroom could be a refuge from screens, the pandemic created a world in which, for most kids, the screen became the classroom. One of the least talked about byproducts of the pandemic is the fact that our elementary, middle, and high school students will undoubtedly be the most digitally literate and technologically capable generation in history.

This year, all of my students are in front of me. None of them are Zooming in or watching videos or picking up weekly assignment packets in sanitized folders. Yet, in some ways, little has changed.

I, too, became dependent on technology, and I’m finding it harder than I expected to break my dependence. Google Classroom, for example, has made my teaching life immeasurably easier. I deliver every assignment over the platform. I can share a link to any text or video or image or slide I’ve used during a lesson. For students, who turn in every assignment in Google Classroom, the platform is consistent and familiar. They know what to expect. Nothing gets lost. I can give feedback and grades from anywhere, anytime. My feedback is not only more timely, it’s more precise. If anything I’ve written is not clear, the student can respond in real time. I, a proud Luddite, confess that the adoption of and adaptation to technology that I had so resisted for my entire career has, without question, made me a more productive teacher. Moreover, I believe it’s often made my students feel more successful.

I found myself wondering, in the dull blue glow of my screen, is any of this a bad thing? And if it is, are any of us prepared to do anything about it?

As someone old enough to know the difference between VHF and UHF, my natural impulse is to wring my hands and lament the erosion of meaningful human interaction that was already occurring, but has, to my new way of thinking, become inexorable and permanent in a post-COVID world. And I’m fairly sure that’s the right reaction. But, so what?

My instinct is to preach the importance of making art by hand, writing plein air poetry, doing math with manipulatives, researching at the library, and taking notes by hand on index cards. But how can I do that when my own practice has become so interconnected with and dependent upon technology? The very tools that have lightened my teaching load have become an impediment to the kind of educational experiences I profess to value.

All of which creates a dilemma for me, and I suspect for many of my fellow teachers. If it’s true that technology has made teaching better, learning easier, and education more accessible, shouldn’t we want more of it, not less? If ubiquity of technology will be the defining element of not only this generation’s educational experience, but also their professional and interpersonal experiences, shouldn’t teachers be embracing it, not working to reverse it? The easy answer to all of these questions is, of course, yes. Which is why I’m almost sure it is the wrong answer.

My students scolded me when my phone rang while I was teaching because somewhere deep inside them was a latent awareness that a classroom is a sanctuary. A school is a cathedral. And while they would gladly stare at their phones all day if we let them, they are depending on us to provide them with a daily respite, however brief, from the omnipresence of technology, from the fallacy of constant connection. COVID-19 taught this generation that to be without technology is to be cut off from the world, from school and their friends, and from everything they value. It’s our job to teach them that that doesn’t have to be the case.

It is OK for kids to learn that technology makes life easier. But we should not allow them to mistakenly think that it always makes life better. I’ve resolved to make my lesson plans model this belief system. Yes, it is easier to put all my lessons and materials online. It is easier for kids to do their work on laptops and turn it in to the cloud. It is easier for kids to see their grades on their phones. Which means that we’re all going to have to work a little harder. It means getting materials off the screen and into students’ hands. It means taking pens and paper, books and journals, meter sticks and paint brushes out of cupboards and bringing them back into the classroom. It means that students will produce work that exists in the real world, work that can be seen and touched and felt. All of which means that students will be more inclined to collaborate, comment, and connect. Which was the very reason we were all so desperate to get back to teaching in-person in the first place.

Now that we’ve returned and our students have emerged from their tech silos, it is incumbent upon teachers to reintroduce them to a world and a way of learning that many of them have forgotten. Indeed, until my students scolded me, I think I may have forgotten it, too. 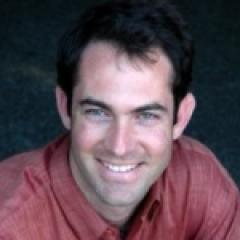 Jesse Pearson is middle school humanities teacher at Marin Horizon School in Mill Valley, California. He is also an alumnus of the school. ...
Author Profile
Quick Search
Sign up for NEPC Emails