The next stop on TFA’s “listening tour” should be CEO Matt Kramer’s hometown: Minneapolis 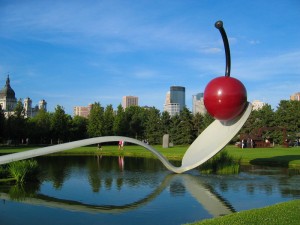 Minnsanity combines cronyism and contempt for democracy served up with a cherry of condescension.

If there is a single city in the US that perfectly exemplifies the insanity of the corporate education “reform” movement it has to be Minneapolis. The particular brand of reform here—let’s call it Minnsanity— combines cronyism and contempt for democracy in a neat, corporate-funded package topped with a cherry of condescension. But why take my word for it (or the word of the Minneapolis parents and teachers who seem to contact me daily asking what the @#$% is going on in their city)? Let’s climb aboard the education rephorm express and head to Minneapolis, the city whose name I have just learned was coined by the city’s first schoolteacher, who combined mni, a Dakota Sioux word for water, and polis, the Greek word for city.

The first stop on today’s Minnsanity tour is the Minneapolis board of education, a topic of near EduShyster obsession due to the recent purchase of a school board seat by Teach for America, whose co-CEO happens to reside in the city. So what do board meetings look like when everyone agrees that the achievement gap is the civil right$ issue of our time? At one recent meeting:

Now playing at a theater near you: the achievement gap

If you’re still craving more excellence, we can stop by a local movie theater where trailers about, what else?, the achievement gap and “proven strategies” to close it are now airing thanks to the generous support of the Minneapolis Foundation and a dozen community “partners” incuding TFA.  According to the newspaper owned by TFA co-CEO Matt Kramer’s father, the RESET campaign, which will include broadcast and print ads, is excellent:

The idea is to sound an alarm about the size of the problem and then to give parents, taxpayers and others enough information about things that work to allow them to evaluate the policy debate for themselves.

The campaign materials are filled with reform-related facts, like the fact that teacher expectations account for 42% of the difference in achievement between white and African-American students. TFA-alum and blogger Gary Rubinstein takes a look at these and other “facts” here, concluding that the entire RESET project is reformy propaganda.

At the heart of Minnsanity is the true fact that charter schools are excellent and that their expansion is urgently necessary in order to close the achievement gap and instill low-income minority kids with the skills needed to thrive in the 21st century workplace. Except that there is an inconvenient actual fact that you will never hear a Minneapolis reformer mention. Minneapolis is already home to 40 charter schools. They perform worse than the public schools and are highly segregated by race and income.That is why Charter School Partners, the organization that employs TFA co-CEO Matt Kramer’s wife, has launched an ambitious plan to open 20 new charter schools in Minneapolis.

Note: teachers and parents in Minneapolis have set up a new Minsannity website to document what is happening to their public schools. Please visit and show your support. They need it.