Ohanian Comment: Nothing has made me more opposed to universal Pre-K than embedding it in Common Core rigor. I marvel at the inventiveness of 3- and 4-year olds engaging in free play at the library. Before you back a political candidate, ask him his position on Universal Pre-K Embedded in Common Core.

This is a good article with a poor headline. There's nothing surprising about politicos mouthing the corporate party line. Any time someone starts blathering about the education needs of children in the 21st century America, we know we're in for the corporate sell.

From the time Arkansas governor Bill Clinton held hands with IBM CEO Lou Gerstner to deliver the Business Roundtable 9-point education agenda for President Bush the Elder, Democrats have been just as intent on corporate contol of the schools as Republicans. Now they're moving that agenda to the training of 4-year-olds, the destruction of childhood.

No one listens to people who know something about the developmental needs of young children.

De Blasio (D) was on MSNBC's "Morning Joe" on Tuesday morning to talk about, among other things, his program to bring universal pre-kindergarten to families in his city. It wasn’t the plan that was surprising, but what he said about the Common Core State Standards for pre-K and about early childhood education in general.

To provide this quality of pre-K to every child takes real work. It takes choosing the right teachers, training them constantly. Look, we are using a Common Core curriculum at the pre-K level. I believe in Common Core. I think the question with Common Core always is are we providing the teacher training and support to actually live up to the quality of the curriculum.

But in the 21st century America, we need a rigorous curriculum. And at the age of 4, kids can learn in a way they can't learn later. They are particularly receptive to learning. So we have a rigorous curriculum, highly-trained teachers. We are going to keep evaluating it and improving it.

But I can tell you this, the difference between a child who has had full day pre-K with the Common Core curriculum and one who hasn’t, that child in the first instance has such a leg up and a love of learning they go into the rest of their education with.

"At the age of 4, kids can learn in a way they can’t learn later." (The way kids learn best at the age of 4 is through structured play, not rigorous academic standards, experts say.)

Common Core curriculum sparks a love of learning in kids? (In some kids, perhaps, but from where does he get this information?)

"The question with Common Core always is are we providing the teacher training and support to actually live up to the quality of the curriculum." (There are many, many questions surrounding the Common Core standards, which are not, actually, a curriculum. They are simply standards, around which curriculum and lessons plans are made. In New York state, officials began testing students on the Core standards well before teachers had a chance to absorb them and design new classroom material for students.)

The Common Core standards have been hit by many critics, among them early childhood education experts who say that the standards do not make sense for very young children and that testing kids on the standards is inappropriate.

Even some Core supporters, such as American Federation of Teachers President Randi Weingarten, have expressed concern about the early childhood Core standards and tests. Weingarten, in 2013, made a joint call with Nancy Carlsson-Paige, professor emerita of early childhood education at Lesley University in Cambridge and author of "Taking Back Childhood", for a review of the "appropriateness and the implementation of the Common Core standards for young learners." No officials review has been undertaken by the authors of the standards or the Obama administration, which supported the Core.

In fact, more than 500 early childhood professionals -- including educators, pediatricians, developmental psychologists, and researchers -- signed the 2010 Joint Statement of Early Childhood Health and Education Professionals on the Common Core Standards Initiative. The statement says in part:

We have grave concerns about the core standards for young children…. The proposed standards conflict with compelling new research in cognitive science, neuroscience, child development, and early childhood education about how young children learn, what they need to learn, and how best to teach them in kindergarten and the early grades....

Since then, many teachers of young children have complained that they are being forced to test children too much and that structured play -- which many experts believe is how youngsters learn best -- has been crowded out of the school day by academic work.

[Report: Requiring kindergartners to read -- as Common Core does -- may harm some]

A number of reports have come out questioning the effectiveness of some of the Core standards for young children, including one earlier this year published by two organizations that advocate for early childhood education -- Defending the Early Years and Alliance for Childhood -- that says there is no evidence to support a widespread belief in the United States that children must read in prekindergarten or kindergarten, as the Common Core standards require, to become strong readers and achieve academic success. The authors — Nancy Carlsson-Paige, Geralyn Bywater McLaughlin and Joan Wolfsheimer Almon -- found that:

The Common Core State Standards as originally written and adopted by most states were copyrighted and did not allow individual states to make very many changes. 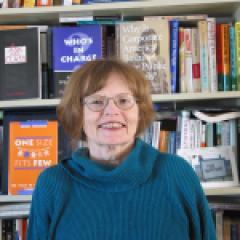