The current attention being given to the state of teacher diversity, including ASI’s recent report on the subject, is based on the idea that teacher diversity is a resource that profits everyone, and that policymakers and administrators should try to increase this resource. We agree.

There is already a fair amount of research to indicate the significance and potential implications of teacher diversity (e.g., Dee 2004; Gershenson et al., 2015; Mueller et al. 1999). It’s important to bear in mind, however, that the benefits of diversity, like those of any resource, are dependent not just on how much is available, but also how it is distributed across schools and districts.

Unfortunately, research on the distribution of teacher diversity or teacher segregation has, thus far, been virtually non-existent. A new ASI research brief begins to help fill this void. The brief, written with my colleagues Matt Di Carlo and Esther Quintero, presents a descriptive analysis of teacher segregation within the two largest school districts in the nation – Los Angeles and New York City. We find that teachers in these two districts, while quite diverse overall, relative to the U.S. teacher workforce as a whole, are rather segregated across schools by race and ethnicity, according to multiple different measures of segregation. In other words, teachers tend to work in schools with disproportionate numbers of colleagues of their own race and/or ethnicity.

Although the brief itself does not present any evidence on the causes of this segregation, we believe that it suggests that teacher segregation has a substantial impact on who receives the benefits of teacher diversity, at least in these two large urban districts. We conclude the brief with a few policy recommendations, the most important of which is that authorities at the federal, state, and local levels must begin collecting and publishing the data necessary to gauge and monitor teacher segregation.

* Please see the brief (footnote 1) for a note on the terms we use to describe race and ethnicity. 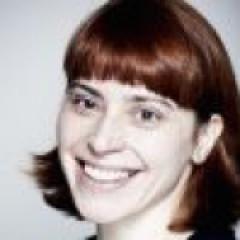 Kinga Wysieńska-Di Carlo is a research fellow at the non-profit Albert Shanker Institute in Washington, D.C., and an Assistant Professor of Sociology in the Insti...
Author Profile
Quick Search
Sign up for NEPC Emails