Answer Sheet: Teacher: What Happened When I Stopped Viewing My Students as Data Points Justin Parmenter has been an educator for 22 years. He started his teaching career “believing that I was going to transform every child,” just like many first-year teachers do when they are placed in schools with high-needs populations.

“My fresh graduate-school perspective, cutting-edge pedagogy, and research-based literacy practices were going to bring all of my students up to reading on grade level in a hurry and change the way they felt about education forever,” he writes in this revelatory post. “I was in for a rude awakening.”

His first teaching job was at a school on the White Mountain Apache Reservation in the poorest county in Arizona, where young people face extraordinary challenges. Parmenter says that with support from colleagues, he learned what it really takes to help at-risk children do well at school.

He now teaches seventh-grade language arts at Waddell Language Academy in Charlotte and is a fellow with Hope Street Group’s North Carolina Teacher Voice Network. He started his career as a Peace Corps volunteer in Albania and taught in Istanbul. He was a finalist for Charlotte-Mecklenburg Schools Teacher of the Year in 2016, and you can find him on Twitter here: @JustinParmenter

This appeared on his blog, and I am publishing it with permission.

Recently I had the honor of sitting on a teacher panel at a meeting of the Public School Forum of North Carolina’s Beginning Teacher Leadership Network — a group that aspires to “retain, support, and accelerate the development of beginning teachers.” I was asked to consider what advice I would give myself if I was beginning my first year all over again. The resulting walk down memory lane brought back intense memories of my first years as a public school teacher and important lessons I learned during that time. It also led me to think about how we define success in education and the implications of those definitions for both students and teachers.

My first job in an American public school was teaching sixth-grade Language Arts at Whiteriver Middle School. This school is located on the White Mountain Apache Reservation in the poorest county in Arizona. It was a very difficult place to be a teacher but an even harder place to be a child. Many of my students were chronically absent and exhibited serious behavior problems when they were at school. Some suffered from the effects of fetal alcohol syndrome. Some of them struggled to read at a first-grade level. Parent support was spotty, as some of my students’ families maintained deep misgivings about public education — understandable, given the appalling recent history of American Indian boarding schools that used inhumane methods to forcibly assimilate Native children into European-American culture.

I began my job in Whiteriver believing that I was going to transform every child. My fresh graduate-school perspective, cutting-edge pedagogy, and research-based literacy practices were going to bring all of my students up to reading on grade level in a hurry and change the way they felt about education forever. I was in for a rude awakening.

Despite my best efforts at applying what I’d learned in grad school, my students’ reading proficiency levels remained relatively unchanged. School and district-level formative assessments yielded disastrous results. Our pass rates on Arizona’s standardized reading test hovered around 20-25 percent, where they remain today (the school has since been renamed Canyon Day Junior High). Every day, the outcomes I was getting reminded me that my students were failing and, by extension, I was failing them. I would sometimes wake up in the middle of the night and lie in bed wondering whether I was cut out for this work at all. Research shows that it’s quite common for beginning teachers to question their career choice. In fact, data from the most recent State of the Teaching Profession in North Carolina report by the North Carolina Department of Public Instruction shows a spike in teachers leaving North Carolina public schools for career changes at about the 2-3 year mark:

The Department of Public Instruction speculates that the reason for this spike is primarily millennial indecision: The second, policy-relevant reason that teachers gave for leaving N.C. public schools was a desire to pursue a different career.

Again, approximately half the teachers (48.2 percent) who cited this reasons for leaving employment in the state’s public schools were in the first five years of teaching. The data displayed in the above chart indicate that there is a precipitous decline in teacher attrition due to these two reasons after the fifth year of teaching. This attrition among beginning teachers could be attributable to differences in how younger generations view careers — younger professionals may be more fluid in how they approach their professional lives than later generations.

That may be true for some teachers, but my own self-doubt at the same point in my career had nothing to do with indecision and everything to do with what I was being told about my work. I had invested my life in a system that regularly told me that both me and my students were failures — and had data to back it up. These grim measures caused me to question the impact I was having and led me to wonder if I might find more success in another field.

While I was beating myself up about my inability to get my students to pass a test, I was unaware that our educational system’s data is more about measuring socioeconomic status than it is about measuring academic achievement. That was true in Whiteriver, Arizona, two decades ago and it’s just as true in North Carolina today. Consider School Performance Grades, which routinely stigmatize entire schools as failures.  The N.C. Department of Public Instruction’s most recent analysis of Performance and Growth of North Carolina Public Schools clearly shows that school report card grades and levels of poverty are inversely proportional to each other. As poverty goes up, school grades go down:

In fact, failing school grades are so closely linked to poverty that Virginia abolished A-F school grades in 2015, resolving that such measures did not effectively communicate to the public the ‘status and achievements’ of schools.

Standardized test measures show much the same negative correlation between socioeconomic status and test results. Educational psychologist David Berliner’s extensive work on the subject has found that out-of-school factors, including inadequate medical care, environmental pollutants, food insecurity, neighborhood characteristics, family relations and family stress, all play a large part in creating existing achievement gaps and limit what schools can accomplish on their own. Rather than holding our schools and teachers solely responsible for those gaps, he suggests we work to address inequalities rooted outside the schoolhouse.

A broader, bolder approach to school improvement is indeed required. It would begin by a reasonable level of societal accountability for children’s physical and mental health and safety. At that point, maybe we can sensibly and productively demand that schools be accountable for comparable levels of academic achievement for all America’s children.

In Whiteriver, I was fortunate to have colleagues who supported me while I came to terms with wearing the scarlet F. Teachers gave up their planning to observe me and give me pointers on classroom management. My administrators came and watched me teach and told me I was doing good work. I did use test data to make instructional decisions, but I also began to focus in earnest on building relationships with my students. I stayed in my room during lunch to read aloud to students who were interested. I attended school football and basketball games so I could watch my students do what they were most passionate about and show that I cared about who they were as people. I secured funding for a Saturday fishing club and drove kids up to the reservation’s high country lakes, where we spent all day catching trout, chasing elk and skipping rocks.

The results that I got were not always measurable. Traditional barometers of student success (bubble sheet tests) still showed that the majority of my students were not making the grade. But as I stopped viewing my students as simply data points, I gradually began to see results in other forms. Students who had refused to participate begin to raise their hands occasionally in class. Some who had stayed home three days a week began showing up for school more often. My students began to draw pictures for me, write notes to me showing that they appreciated my efforts. They told me they wanted to change their behavior and that the work we were doing in my class was meaningful to them and was supporting their dreams. Most importantly, I realized that the changes I was seeing in my students were a direct result of decisions I had made as their teacher. Those changes were evidence of the impact I had been searching for so intently.

One of the best decisions I made at that time was to ensure that my instruction was relevant to my students’ experiences. Many of the state test-prep materials and standardized tests were culturally biased against my students, but that didn’t mean my teaching had to be. We got a class set of Scott O’Dell’s novel “Sing Down the Moon,” which chronicles the 1860s eviction of 8000 Navajos from Arizona’s Canyon de Chelly.

Exploring this novel, students learned about character, plot and setting. Some who had refused to read aloud in class because they were ashamed of their reading abilities began to volunteer to do so. We did research on animals such as the bears, elk, and rattlesnakes that were plentiful on the reservation, and my students learned how to organize their writing and cite sources of information. They were finally seeing that their education was about them. Again, these efforts did not always translate to success on standardized tests, but I was able to see the fruits of my labor in other ways. I knew that I was making a difference in my students’ lives.

In an incredibly taxing profession that is chronically underpaid and under-respected, our sense that our efforts are worth it is sometimes the only thing that keeps teachers going. Frequent turnover at our high poverty schools means those schools are more likely to house teachers who are just starting their careers, some of them probably believing they are going to transform every child and looking for evidence of their impact on their students. What we tell or don’t tell those teachers about that impact is critical. Our successes should not just be reflected in test scores and school letter grades, which are often inextricably linked to our students’ backgrounds. As former Wake County Teacher of the Year Allison Reid puts it, we need to remember to focus on what is meaningful and not just what is measurable. 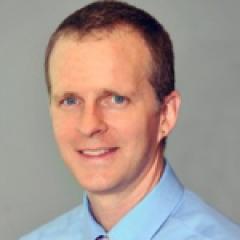 Justin Parmenter is a seventh-grade language arts teacher at Waddell Language Academy in Charlotte, North Carolina. He was named a finalist for Charlotte-Mecklenb...
Author Profile
Quick Search
Sign up for NEPC Emails