Diane Ravitch's Blog: Jennifer Berkshire: Who Is Driving Teachers Out of Their Profession?

Jennifer Berkshire, expert education journalist and co-author of A Wolf at the Schoolhouse Door, writes in The Nation about the forces driving teachers out of the schools.

She interviewed many teachers who explained why they were leaving. Some cited ”the bad teacher” narrative promulgated by Arne Duncan and his insistence that teachers be evaluated, based on their students’ test scores, which is both ineffective and inaccurate. His and Obama’s “Race to the Top” was deeply demoralizing to teachers, and it accomplished nothing positive.

Neal Patel survived teaching in the pandemic. It was the culture wars that did him in.

In the fall of 2020, Patel added two flags to the wall of his science classroom in Johnston, Iowa. Now, alongside images of energy waves and the electromagnetic spectrum were the Gay Pride rainbow flag and a proclamation that Black Lives Matter. The flags, says Patel, represented the kind of inclusive space he was committed to creating, sending a signal to all students that even in this conservative suburb of Des Moines, there was a place for them.

School administrators supported him—on one condition. “They’re just there as decoration,” Patel says. “The only time I discuss the flags is when a student asks me about them.”

Patel assumes it was a student who snapped a picture of the display. Somehow it ended up on the Facebook page of a conservative state legislator. Representative Steve Holt, who lives 100 miles from Johnston, pointed to the flags as evidence of creeping left-wing indoctrination in Iowa’s schools and encouraged his constituents to take a stand. Patel says he was shocked by the attention, then upset: “Holt thinks it’s a political issue to try to create an inclusive environment, and he’s using that to try to further divide our community.”Johnston has grown only more divided since Patel became Facebook fodder. At a school board meeting last fall, members debated whether to ban two books on race, including one by the Native American writer Sherman Alexie, after parents complained. The president of the Iowa State Senate, who represents a neighboring county, took the mic during the public comment period, calling for teachers who assigned “obscene” material to be prosecuted. Patel was in the crowd that night, to lend support to minority and LGBTQ students who’d come to speak out against banning the books. And he had an announcement of his own to make: This year would be his last as a teacher in Johnston.

The Obama administration made matters much worse for teachers when it imposed test-based evaluation as the heart of its “reforms.”

The thinking went something like this: Make teacher evaluations tougher, and teaching would get better, which would mean higher student achievement, more students graduating from college, and ultimately a country better able to outsmart China et al. “Tougher” meant holding teachers accountable for how their students fared on standardized tests…

In 2010, Colorado became one of the first states to enact a high-stakes teacher evaluation law; by 2017, nearly every state had one on the books. While the pandemic may have disrupted everything about schooling, policies like Colorado’s Senate Bill 10, with its 18-page evaluation rubric and 345-page user guide aimed at weeding out bad teachers, remain in place.

For Shannon Peterson, an English language acquisition teacher in Aurora, that meant leading her students through a writing exercise last fall as her principal observed. Peterson’s students, many of them immigrants who live in poverty, bore the pandemic heavily, she says: “The kids are stressed, all of their writing is about anxiety, and attendance is way down.”

To her delight, the students responded enthusiastically to the writing prompt she’d come up with: comparing and contrasting the Harlem Renaissance and Black Lives Matter, and how the entertainment industries in their respective eras related to both. In a year of stress and struggle for teachers and students alike, here was something to celebrate. “Excellent writing came out of this,” Peterson says.

Her principal wasn’t convinced. Peterson, he felt, hadn’t done enough actual teaching during the observation. “I just don’t feel comfortable checking off these boxes,” he told her.

The previous year, when the cash-strapped school district had offered teachers buyouts to leave, Peterson turned it down: “I felt an enormous obligation to go back for the kids and my colleagues.” After her evaluation, though, Peterson had reached a breaking point. She quit a week later, walking away from a career that spanned 23 years, 18½ of them in Aurora. “I’m not a box,” Peterson says.

Two weeks after Peterson resigned, a major study came out: The decade-long push to weed out bad teachers had come to naught. The billions of dollars spent, the wars with teachers’ unions, and the collapse in teacher morale had produced “null effects” on student test scores and educational attainment.

Please open the link and read the study. Billions of dollars wasted on ineffective and demoralizing teacher evaluations that produced tons of data but nothing else.

Diane Ravitch is Research Professor of Education at New York University and a historian of education. She is the Co-Founder and President of the Network for...
Author Profile 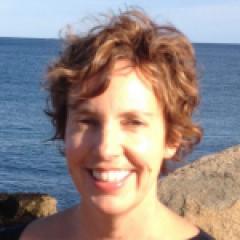 Jennifer Berkshire is a freelance journalist and public education advocate. Her work has appeared in the Washington Post, the Baffler, Salon, Alternate, the...
Author Profile
Quick Search
Sign up for NEPC Emails